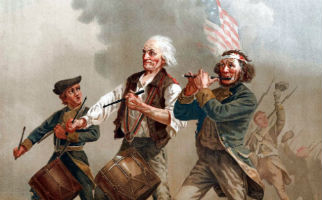 There’s so much bad nooze out there. But do you ever get a sense that much of it springs from… desperation? That Far Left Crazy is putting the pedal to the metal because they see America slipping from their grasp, just when they thought they had it all sewn up for the wokies?

Are we winning? And don’t yet know it?

Perverted public school teachers who bragged about their exploits on social media–and now paying for it. Court blocks The Regime from lifting Title 42 and allowing another surge of illegal immigration. Secret “gender transition closets” in the schools… exposed. The groomers of Disney Corp smacked down, but good, by the state of Florida. CNN+ canceled after less than a month. Elon Musk buys Twitter, and just might restore free speech to that corner of the social media. States banning the teaching of Critical Race Theory in the public schools. Throngs of parents attending school board meetings to object to all sorts of “education” abuses–and many of them now seeking seats on their local boards.

These make for a rather large pushback.

Two things we must do: pray unceasingly for God’s help, and work hard, very hard, to win the midterm elections and cast the Far Left Crazy out of office.

And that’s only the first step. We are confronted with the challenge of saving our republic. We must not fail.

8 comments on “Are We Winning?”