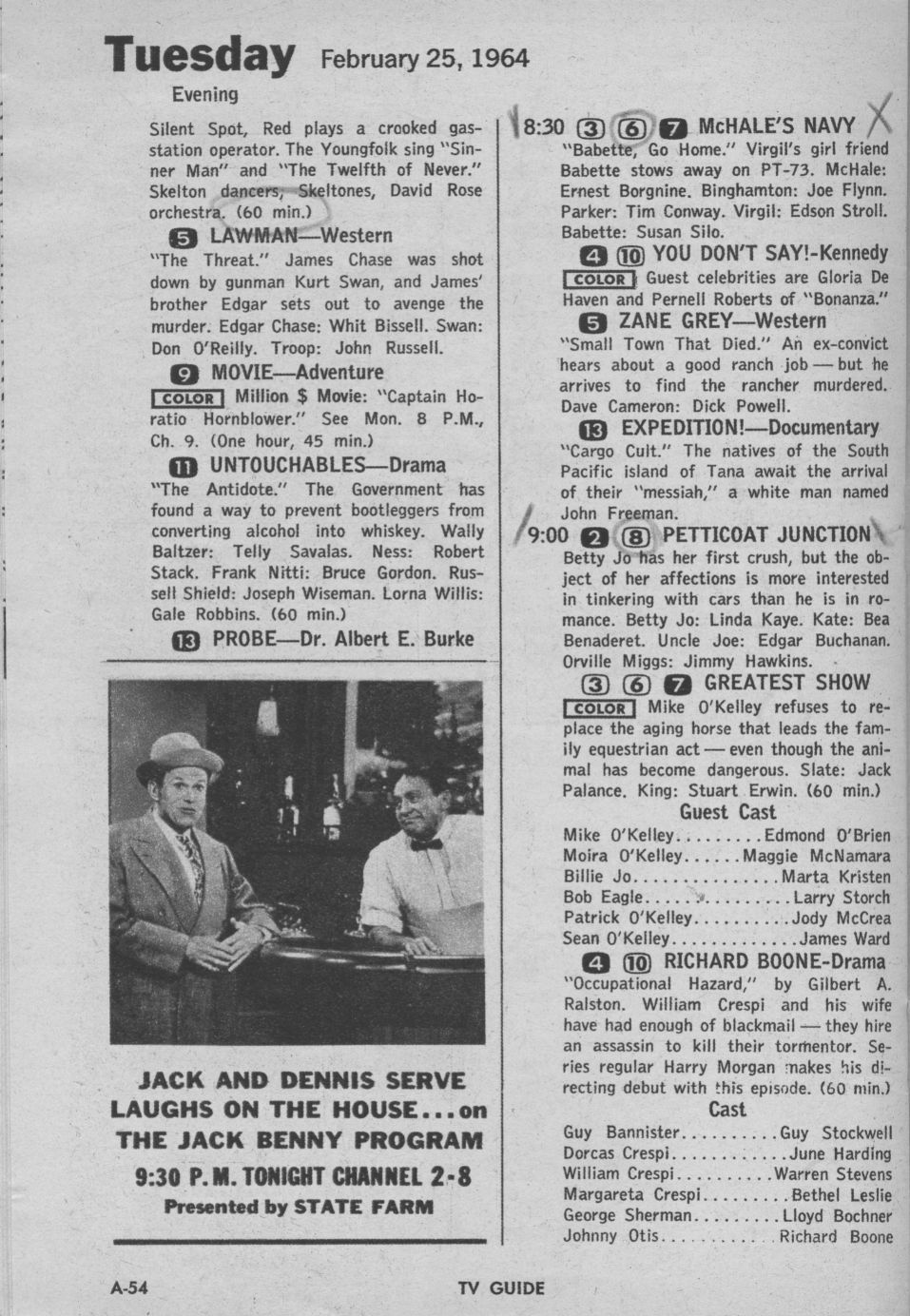 Note to readers: I have no idea why this ^%$#$ machine refuses to publish the TV guide page. This blog is behaving as if there were a curse on it.   LD

Look at this! The month of May is almost all used up.

G’day! Byron the Quokka here, with TV shows that’ll pump you up and calm you down! Here are a few examples:

In “The Last Person to See Him Dead,” Lt. Fezziwig (Don Wilson) has discovered a diabolical plan to re-start the Roman Empire; and Deputy Chief Sheena (Irish McCalla) is investigated for barratry. Commissioner Chumley: Wallace Beery. Music by the McGuffin Middle School Band, directed by a ghost.

Originally the plan was to act out in real life some of the more gruesome acts of revenge taken by characters in Shakespeare’s plays. As it turned out, that was mostly against the law. Now contestants pelt each other with pies and the June Taylor Dancers… well, dance in the background. Host: Yuan Shih-kai.

Dan Rather’s back, and News with Newts has got him! In fact, he’s still trying to get George W. Bush kicked out of the White House. You’ll be amazed how he twists every news story we cover into an anti-Bush rant! Now all we have to do is somehow lure the newts back to the show. With Joey Heatherton and her orchestra.

What would’ve happened if Medea (Sandy Duncan) left those Greek tragedies behind and went Out West to become a U.S. marshal in Popsy, Maryland–“the town too dead to die”? This question has vexed no one, ever. This week, Marshal Medea confronts the question of Maryland’s geographical location. Prof. Ringworm: Soupy Sales. Jolly sidekick: Alvin the Octopus.

In “Tarzan Makes a House Call” (French-Canadian-Etruscan, 1997), the Ape-Man (Spencer Tracy) is pressed into service as a pill-bearing doctor to a lot of neurotic women in a posh suburb of an even posher suburb. Jane: Angela Merkel. Suzie: Theda Bara. Saxon Warrior: Lon Chaney Jr. Note: Cardboard cutouts were used in place of real gorillas.

Well, now, that’s that! A whole weekend’s worth of glorious TV–who could ask for anything more? Well, okay, you could… but who would listen? 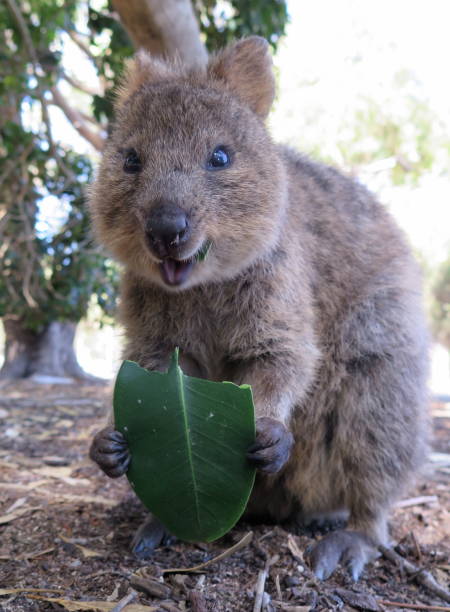 You’ll never make it through “Marshal Medea” without a leafy snack! This is Byron the Quokka, signing off.