When I wrote this, the big nooze was the attempted assassination of Republican Congressmen by a Bernie Sanders fanatic.

Why Are Libs So Awful?

Today we see Democrats and nooze media trying their utmost to whip up coronavirus panic into a frenzy so they can use it to permanently stampede our country into authoritarian socialism.

By the way, North Korean dictator Kim Jong Un didn’t turn up at a major Krazy Kommie event recently, and no one’s seen him lately. I cannot confirm reports that he’s in Adam Schiff’s basement, conferring with top Democrats.

I’ve noticed the libs are scaring a lot of people. Well, good! Maybe in this next election, if people finally get as angry as they ought to be, we can put the Democrat Party out of business once and for all. Honest, it’s not a Wanted poster.

Last time the fix was in, at Bernie Sanders’ expense, in 2016, he took one for the team and was rewarded with a nice new beach house. This time, 2020, the smart money says he’s going to sell out again.

I say he’s sold out already, because the price has nowhere to go but down.

Consider: Bernie has just promoted some Far Left Crazy kook named Agnew to be his senior campaign advisor (https://dailycaller.com/2020/03/08/bernie-sanders-phillip-agnew-dream-defenders-abolish-prisons/). How far to the left is he? Well, he’s co-director of “Dream Defenders,” a group that advocates the abolition of police and prisons, open borders, and the abolition of capitalism. They also say the government needs “to deliver what is owed to black people.” Finally, Mr. Agnew himself is holding out for the story that 9/11 was when “America… killed her own citizens.”

That’s out-of-the-Solar-system Left. Who but a lunatic would vote for any of those things? Bernie has pinned this guy to his lapel; so if you’re voting for Bernie, you’re voting for suicidally insane public policies.

Of course it will. But in the meantime, it permits Bernie to preserve intact his reputation as a Social Justice Warrior, a socialist jihadi, a dyed-in-the-wool commie crackpot. He won’t have to drop out of the race; he’ll be blown out.

What will they give him for falling on his sword? Does he need another beach house, or is a mansion in the mountains coming his way?

And will the Bernie Bros, those lovable hammer and sicklers, take it lying down? Their gulag pipe dreams up in smoke again? It’s the “again” part that’s really gonna rankle.

We really need to learn from history.

After the Napoleonic wars, the leaders of the European nations created an international system that was intended to preserve a balance of power and ensure stability. This system was utterly destroyed in World War I, and the rest of the 20th century featured a host of rampaging tyrants who, when they weren’t starting and waging a new world war that killed millions of people, mass-murdered millions of their own people during peacetime.

Back in the Sixties I used to laugh at foaming-at-the-mouth radical “protesters.” But what does history tell me? It tells me that the dictatorships always start with small bands of thugs and hooligans destabilizing their own countries and eventually taking power so that they can start killing people–in Germany. China. Russia. Cambodia. Cuba. All over the world.

I hope President Trump has a plan to rein in the Bernie Bros and the rest of the savages if they start torching cities and attacking people (well, heck, they’re already attacking people). This is what they’ve said they would do.

Depend upon it: the crazies mean what they say. If they can ever take power in this country, we will see what we have seen elsewhere many times before. Lawlessness. Mass graves. Prison camps. The whole 20th century deluxe fun pack.

But someone had better. 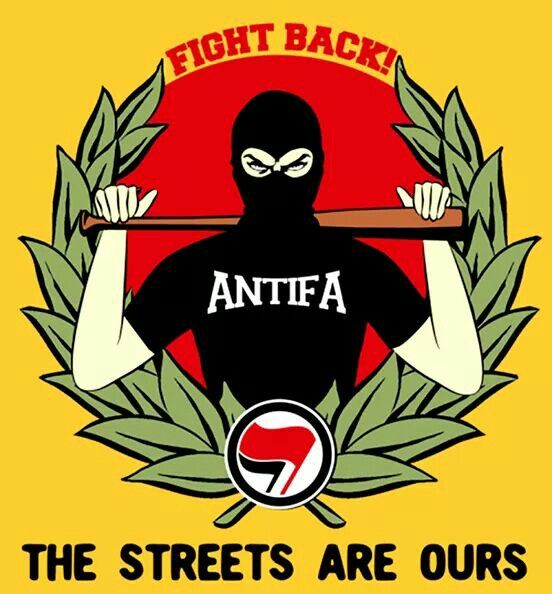 Go ahead–tell me Democrats didn’t ask for this

Candidate Betsy Londrigan, running as a Democrat for Congress in Illinois, was recently accosted by some “Bernie Bros”–hooligans supporting socialist loon Bernie Sanders for president–and given a jolly good scare (https://www.breitbart.com/politics/2020/02/27/video-bernie-sanders-supporters-trap-illinois-democrat-in-her-car/).

I think she was lucky there weren’t that many of them. Just a few loud-mouthed crazies who got in her face and probably would’ve overturned her car, had there been more of them. There’s video in the link provided to the Breitbart article.

They were mad at her because she wouldn’t debate the socialist nobody who’s running against her in the primary. But lest we forget, Bernie supporters can be homicidal. It wasn’t so long ago that one of them shot up Republican Congressmen playing baseball and nearly killed Steve Scalise. So if Ms. Londrigan feared for her life, who can blame her?

Afterward she had this to say: “They’re absolutely the most manipulative, childish, privileged, terrible people I’ve ever met in my life.”

Lady, this is your party! Like Scrooge’s chain, you Democrats have forged it link by link: it is a ponderous chain.

What Democrat complained when Far Left “protesters” assaulted Republicans in public places? What Democrat ever complained about “Antifa” rioting? What Democrat resigned in disgust from a criminal plot to pervert the apparatus of government in an attempt to remove our elected president from office, with lies and intimidation offered up in place of evidence?

Yeahbut, yeahbut–what about all the nice, sane Democrats who don’t behave like thugs and savages?

Well, what about ’em? Haven’t heard a peep out of them in years, have we?

Democrats brought hooliganism into our political process. It’s only fitting that now the hooligans should turn on them.