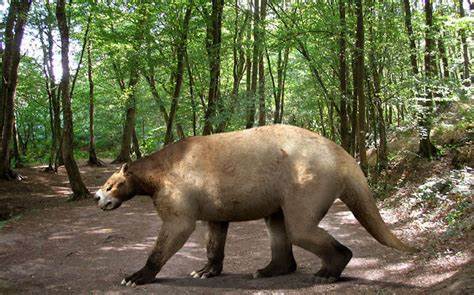 You’ve already asked yourselves, “What’s a barylambda?” It’s this animal pictured above, which exists no more. I love that picture, though. I’d swear it was shot in Edgar Woods, the way it used to be before Democrats paved over every square foot of it. That background does take me back!

This is one of my favorite prehistoric mammals. That long, powerfully-muscled tail looks like it ought to be on a dinosaur, not a mammal. I can’t think of any mammal today that has a tail to match it.

I was always delighted when my Free Prehistoric Monster in a box of Wheat Honeys or Rice Honeys turned out to be a barylambda. Like this one: 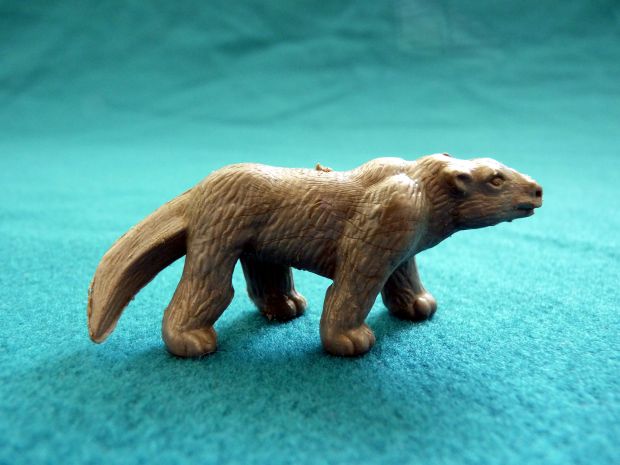 *Sigh*  Even if we could get the barylambda back, we’d still need a woods to put him in. Our local Edgar Woods was just perfect, but it’s gone as surely as the barylambda.

I hope God remembers to put it back when he restores all things.

Memory Lane: Now They Tell Me!

In 1953 somebody invented a toy submarine that would dive and surface if you filled it with baking powder. In 1954 it became available as a “free inside” prize in Kellogg’s cereals.

Oh, I couldn’t wait to get my hands on one of these! Only now I find out that you had to put baking powder in it–not baking soda! Baking soda won’t work. The sub will just sit there in the water, usually floating on its side. You know a submarine’s in trouble when it’s floating on its side.

Confound it! I know now what I did wrong. My father did it wrong, too. He filled the kitchen sink, put the dratted baking soda in the sub, and presto–nothing. We tried again and again, and the blamed thing never worked. Well, waddaya want for “free inside”? At least the cereal worked.

The confusion between baking powder and baking soda was so widespread, the WikiPedia article on this toy takes some pains to explain it. But there was no WikiPedia in 1955.

I’ve mistrusted submarine travel ever since. Thank goodness the Navy knows the difference between baking powder and baking soda!