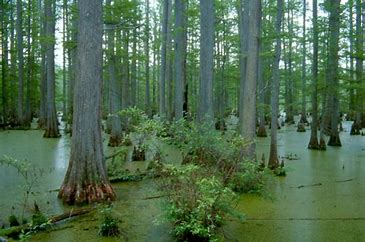 No one comes home poor from Capitol Hill. We all know that, don’t we?

We’ve learned to call it “the Swamp.” Elected officials, appointed officials, career bureaucrats–all feeding from the public trough. Feeding their families from the public trough. It’s all tax money, an infinitely renewable resource. And just having a connection to some big gator in the swamp can land you a fabulous no-show job on a Ukrainian gas board. Your whole family can eat the public’s flesh and suck its blood.

So along comes Donald Trump with a cry of “Drain the Swamp!” And the American people realize they want to drain the Swamp. Only the Swamp doesn’t want to be drained, and it’s fighting to keep its hold on the country’s major blood vessels.

And enter assorted “conservatives” who’ve been kind of quiet about all this so far, but have suddenly discovered unexpected wonderfulness in Jibbering Joe.

A few days ago on townhall.com, it was some “conservative” rhapsodizing on “Joe’s fundamental decency.” Good grief. Where did that come from? The next day it was another writer, this one praising Biden’s “good common sense.” Here we have entered the Twilight Zone. And yesterday it was someone else again, saying how Biden’s the business as usual candidate and surely we can live with that, it’s not that awful.

They’re even talking about bringing back creepy John Kerry for another go-round as secretary of state. “We can too arm Iran with nuclear weapons! Just see if we don’t!” And we can go back to full-blown Obamacare.

Oh! and if the Democrat platform is to be believed, we can erase our southern border, get those illegals into the voting booth, lock up everybody who doesn’t believe in Man-Made Climate Change, and see how many trillions of dollars we can piss away, and how fast we can do it, before the whole shebang collapses.

Evidently there are Republicans who like the Swamp just the way it is, one big, happy family up there on the Hill, don’t rock the boat, there’s plenty of goodies for all. They’ve been afraid to come out as Never-Trumpers. But now they’re Sometimes-Bideners.

Remember this? Self-proclaimed “conservatives” who conserve nothing, urging Christians to jettison the teachings of God’s Word…