The whole nooze media is chirping about this Great Blue Wave that’s going to sweep over the country in the midterms and sweep the Democrat Party back into power.

I can’t understand why they’re so confident. Is the science of voter fraud that far advanced? I mean, what items in the Democrat goody bag are going to beguile the same electorate that put Donald Trump in the White House? What do they have to offer that we want?

Throwing people into prison for Climate Change Denial? (Don’t sneer–it was on their 2016 platform.)

Government promotion of the Transgender movement?

Which of these does any normal person look at and say, “Yeah, I want that”?

Or have Democrats simply charmed us with their behavior? The foul language–they sound like Linda Blair in The Exorcist–and the rioting, the attacks, sometimes physical, on anyone who dares to disagree with them, the threats, the masks, the vandals tearing down statues: is this what’s won us over? Or could it be Nancy Pelosi babbling, or Chuck Schumer saying that if we won’t elect Democrats, they’ll bring in people who will? Were those the magic words? Or is it the 24/7 college jihad against white Americans? Do we, the voters, actually enjoy being demonized and hated, and blamed for everything? Does racism appeal to us, when liberals do it?

How does any or all of this translate into some Blue Wave?

Never forgetting that the nooze media might be lying… 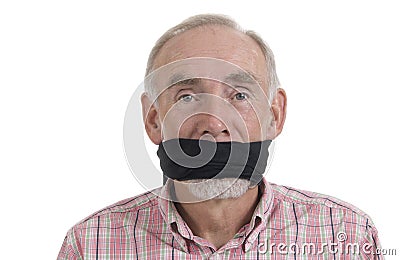 Here we go again: libs–that is, Democrat state attorneys general (no Republicans) and other low forms of life–trying to win the “Climate Change” argument by jailing anyone who doesn’t believe in man-made Global Warming ( http://www.washingtontimes.com/news/2016/apr/17/democratic-ags-climate-change-groups-colluded-on-p/ ).

Here we have Democrats, aka foaming-at-the-mouth communist wannabes, trying to stifle free speech. It’s the only way they can attempt to stifle free thought. If you’re not allowed to say it, why bother thinking it? You might even lose the ability to think it.

Please try to imagine the enormity of the crime they contemplate.

In any contentious, controversial issue of public concern, they propose to silence a dissenting opinion by using the legal apparatus of the state to crush it.

In what sense, other than a totally loopy one, can the First Amendment be said to have any meaning, if this is what they do?

The nearest and most deadly threat to our civil liberties is not posed by Islamic jihad fanatics. If we only had the stomach for it, we could swat them down like bugs.

The worst threat to our liberties is our public officials and our leaders. Al-Qaeda has no power to void our Bill of Rights. But as you can see from the news story above, our own home-grown Dems are out to do that very thing.