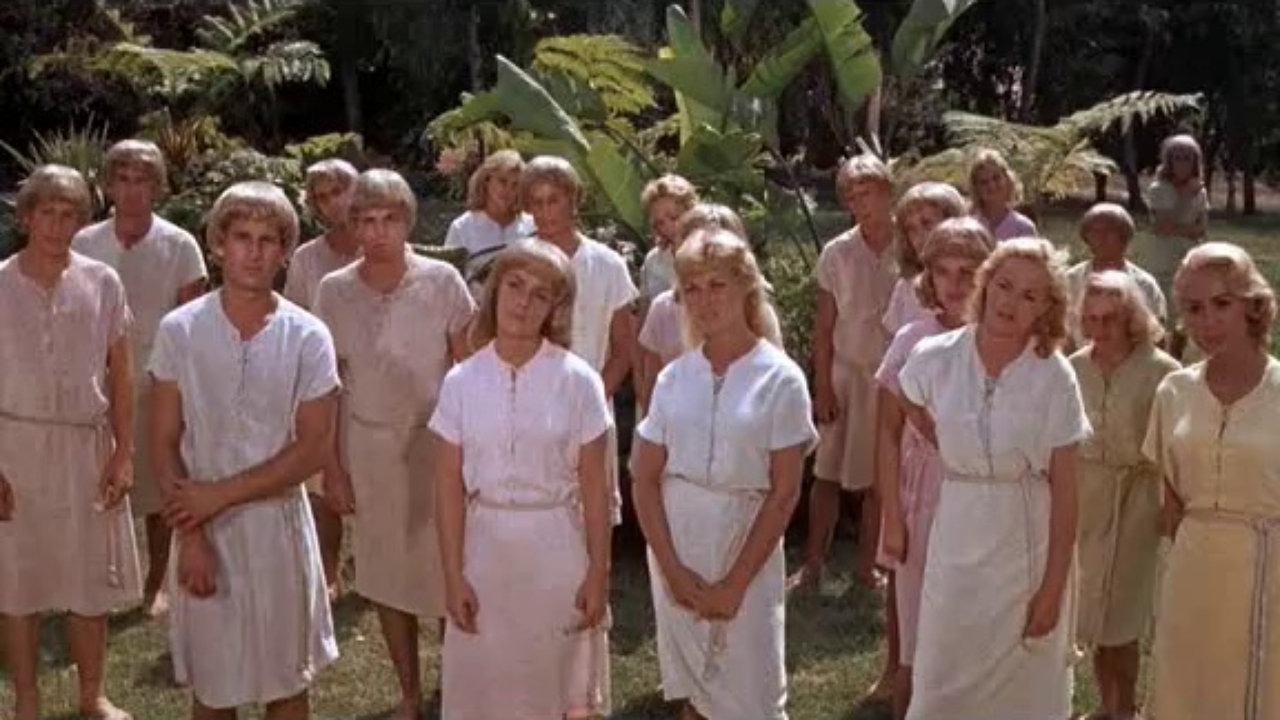 Turning us into the Eloi… It’s what they call “progress”

Yeah, they’re all in Davos, plotting new and exciting ways to take away our liberties. This year the target appears to be Americans’ free speech (https://www1.cbn.com/cbnnews/world/2023/january/as-anti-free-speech-efforts-gain-ground-in-us-europe-leads-way-by-pushing-online-censorship). Europe is to lead the way in establishing vast censorship regimes…

And they know Democrats on Capitol Hill won’t want to stand there drooling like kids shut out of the candy store as they watch Europe abolish free speech under the hypocritical guise of combating “disinformation.” Yowsah, yowsah. An EU bigwig has practically promised that America will soon criminalize whatever libs feel like defining as “hate speech.”

I don’t know–they seem to hate us plenty, but you never, ever hear of any Far Left kook being censored: let alone actually penalized for “hate”.

Anyhow, Democrats nationwide have been calling for the criminalization of any speech that they don’t agree with, First Amendment be damned, we don’t need no stinkin’ freedom.

They do not mean for us to hold on to our republic. 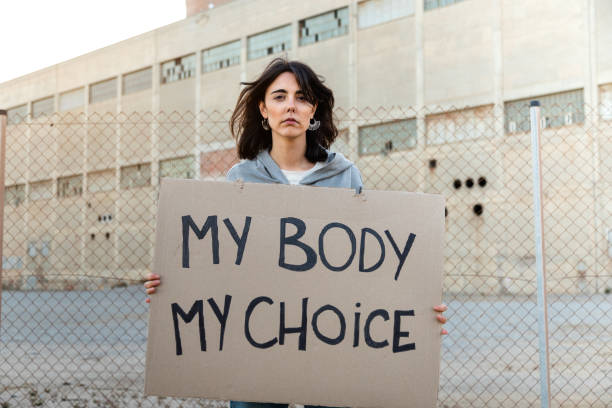 Students and staff at Yale Law School are freaking out over the prospect of the Supreme Court overturning Roe v. Wade, the 1973 ruling that “legalized” abortion nationwide without benefit of any legislation (https://freerepublic.com/focus/f-news/4063700/posts).

*Conservative students should be subjected to “unrelenting daily confrontation” everywhere on campus.

*The Constitution is irrelevant and “Democratic [sic] institutions won’t save us.” We don’t need no stinkin’ First Amendment.

*It’s all the work of “conspirators in the Christo-fascist takeover” of America. Their woke commie takeover, good. Ours, bad.

And this is all for the sake of abortion: the “right” to assassinate an unborn baby. It’s very hard to understand this Democrat fetish. Maybe Proverbs says it best: “All they that hate me love death” (Proverbs 8: 36). 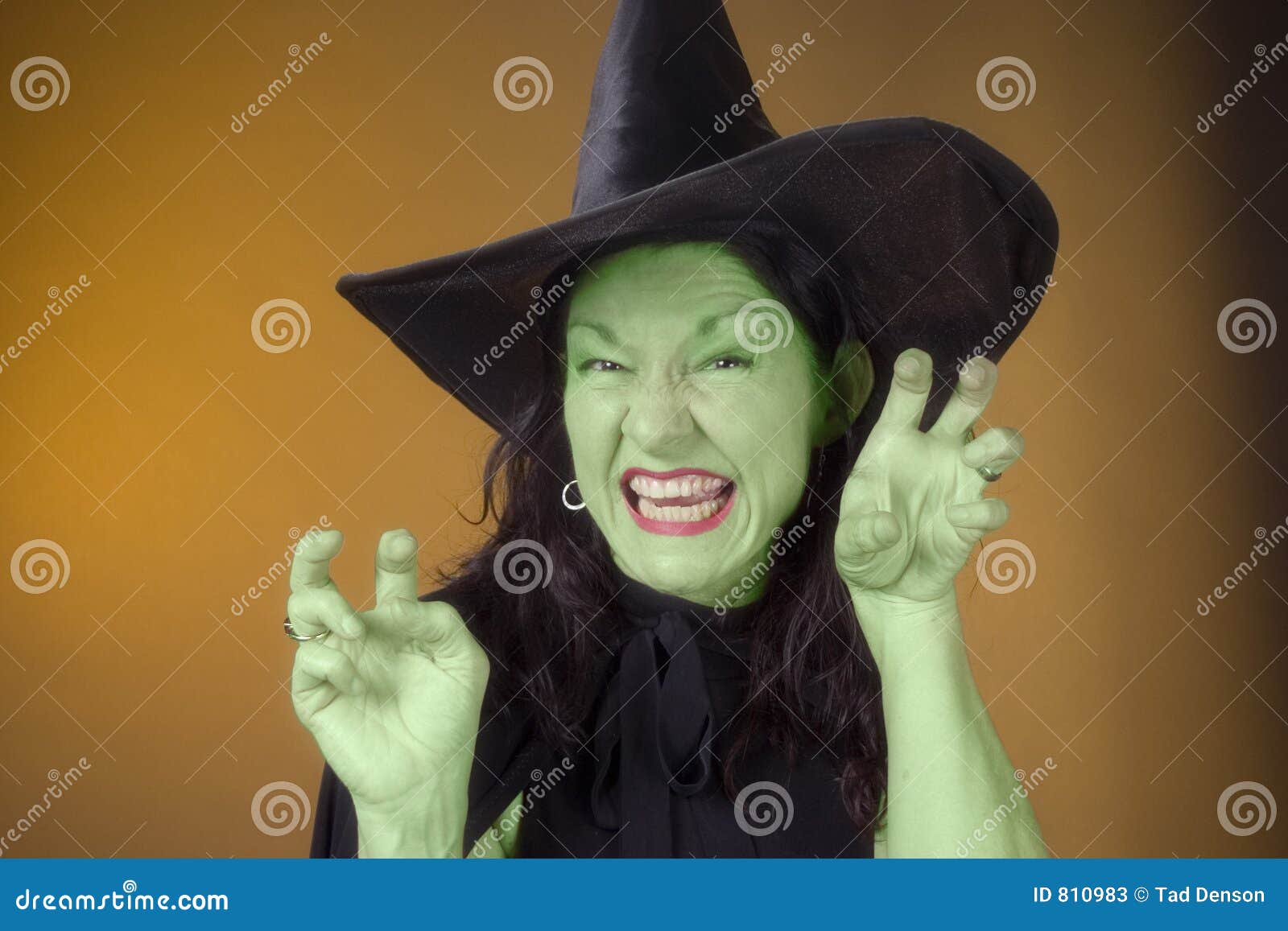 He is goingto “Set Up” a Byuro of Miss Infomacion… oops! I shood of sayed Ms. Infomacion,, yiu cant Say “Miss” no moar!!!!! And ze whill shut down awl “the” Hater Biggits on “the” Socile Meedia,, ze whil shut themb up And shut themb down and noboddy thay woont be Abel To say things the guvvermint doughnt Like!! Iff thay doughnt like waht the Peeples Demmacrap Party it is serving “up” well That “is” jiost Two Bad foar themb!!!!!!!!!! No-one thay whil Notbe aloud to tawk no moar!!! unlest thay say waht The Guvvermint whants “To” heer!!!!

This it shood of bin Dun yeers And yeers Ago!!!! Like waht Is “the” Poynt of hasing a Intranett iff “Consarvatiffs” thay are aloud to poast stuph tooo??? Thay shood be Sylintsed!!!!! and nhow thayr Goingto be Be!! 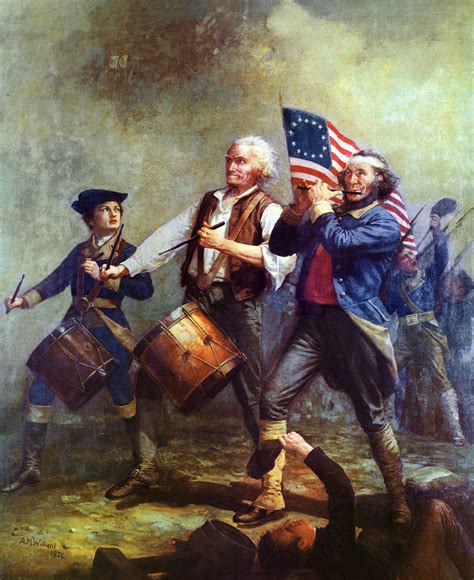 Do you ever get the feeling that all of this horrible nooze we live with is only a horrible dream? And that all you have to do is wake up, and none of it will have happened?

The Leftids’ War on Christianity

A condo building in Florida–so much for that Red & Blue state stuff!–a few years ago banned Christian music, banned people getting together to listen to it, or to share Bible study, or to pray… Can you imagine the explosion, the eruption, if they banned rap “music”? But of course they had to persecute the Christians–because some atheist “complained.”

Why do we let these things be done? And no, I don’t know why. 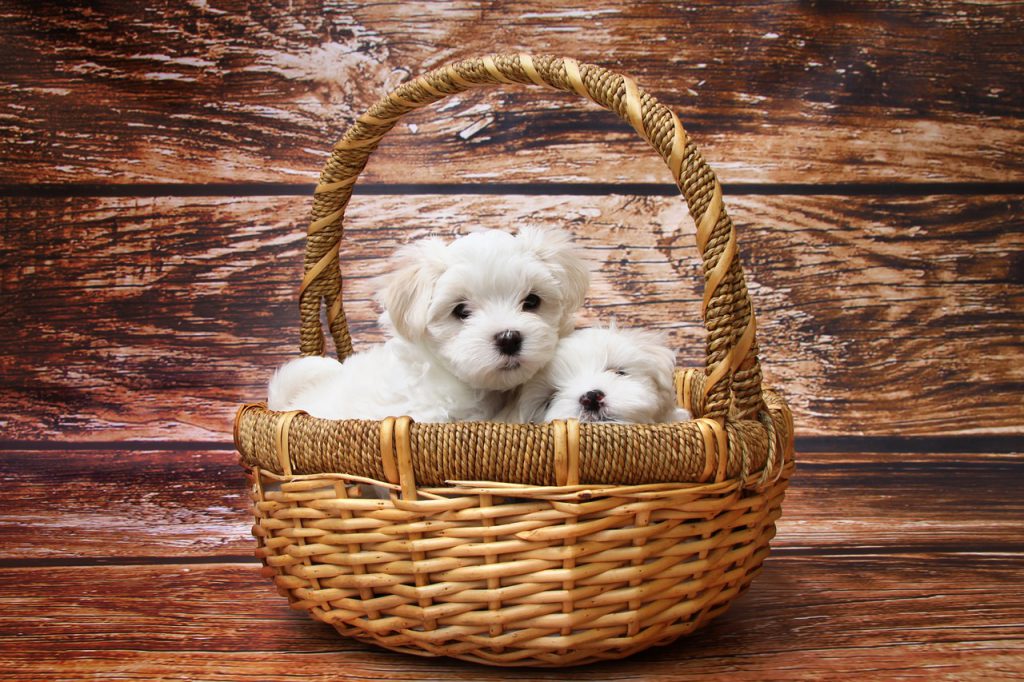 I haven’t got the heart to illustrate this with any kind of picture of a pseudo-marriage. Here are a couple of nice puppies instead.

A few years ago, some people began to realize that the Constitution won’t protect our religious liberties unless five Supreme Court justices enforce it. So Texas, then Florida, and then Ohio passed “pastor protection acts” to prevent the state from forcing churches to perform homosexual parodies of marriage.

Democrats have always had conniptions over this. They really hate religious freedom. They think you should worship them instead of God.

Is it so hard to imagine a Blue state issuing a “Mandate”–they love mandates!–requiring all churches to perform those pseudo-marriages?

They’ll have us in the arena with the lions next. 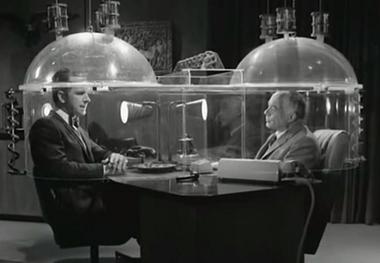 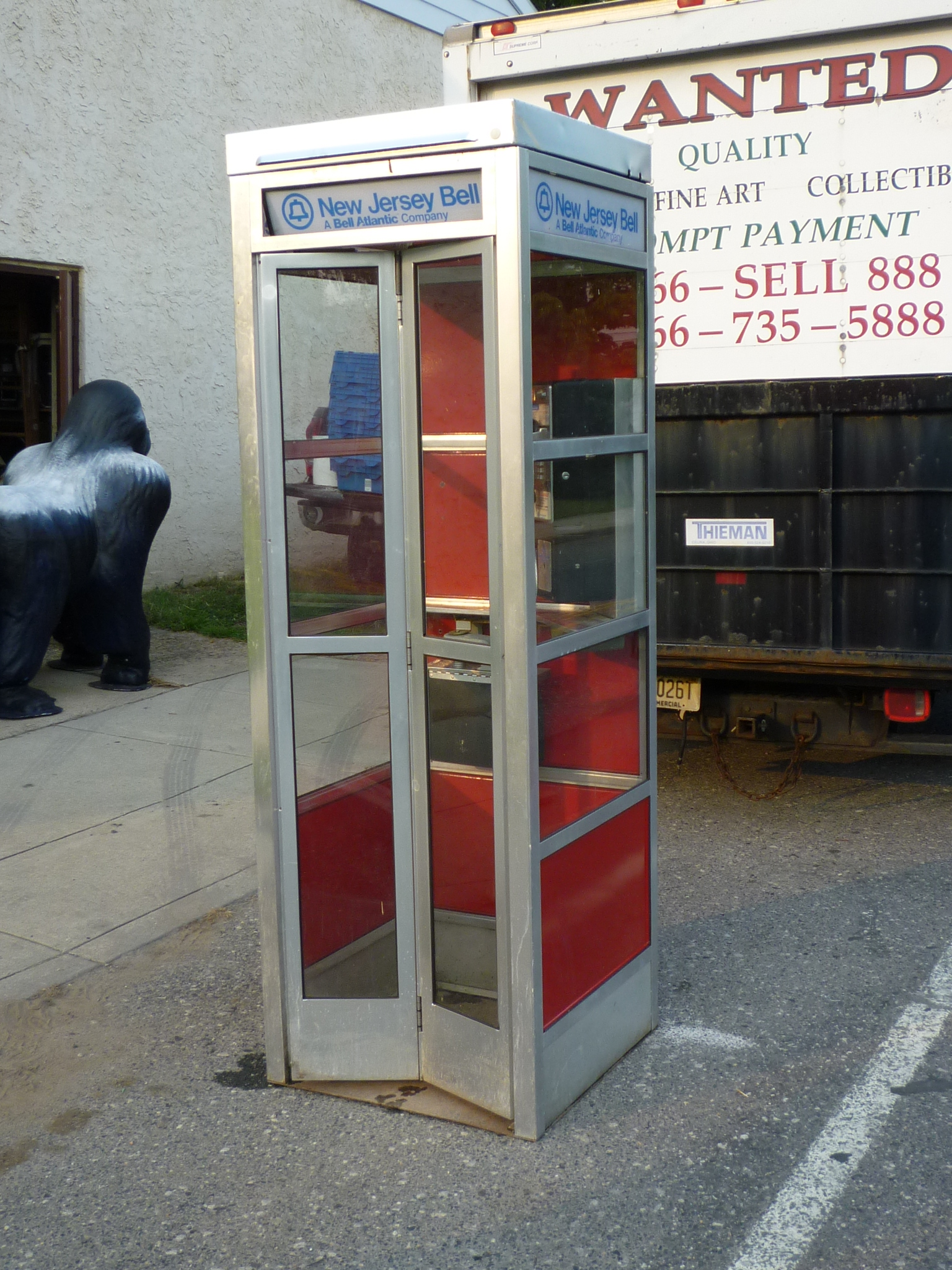 It’ll do for a religious freedom zone. Note the mayor in the background.

And to think this was written five years before anybody thought of shutting down our churches in the name of you-know-what!

How About Just ‘Some’ Religious Freedom?

How big is government going to get before it bursts?

I wonder if I’m shadow-banned.

Our march toward communism–led by Democrats and the nooze media

Hey! Remember this little tidbit from the last Democrat regime? They were gonna put “government monitors”–translation: a good squad–in the newsrooms to make sure they got the kind of coverage they wanted. As if that regime ever got anything but the most fawning, obsequious, boot-licking praise from our Free & Independent Nooze Media Inc.

They wound up not doing it because word of the scheme got leaked from the Federal Communications Commission before the regime was ready to launch. There was a public uproar and the plan was scrapped… for a more propitious time. 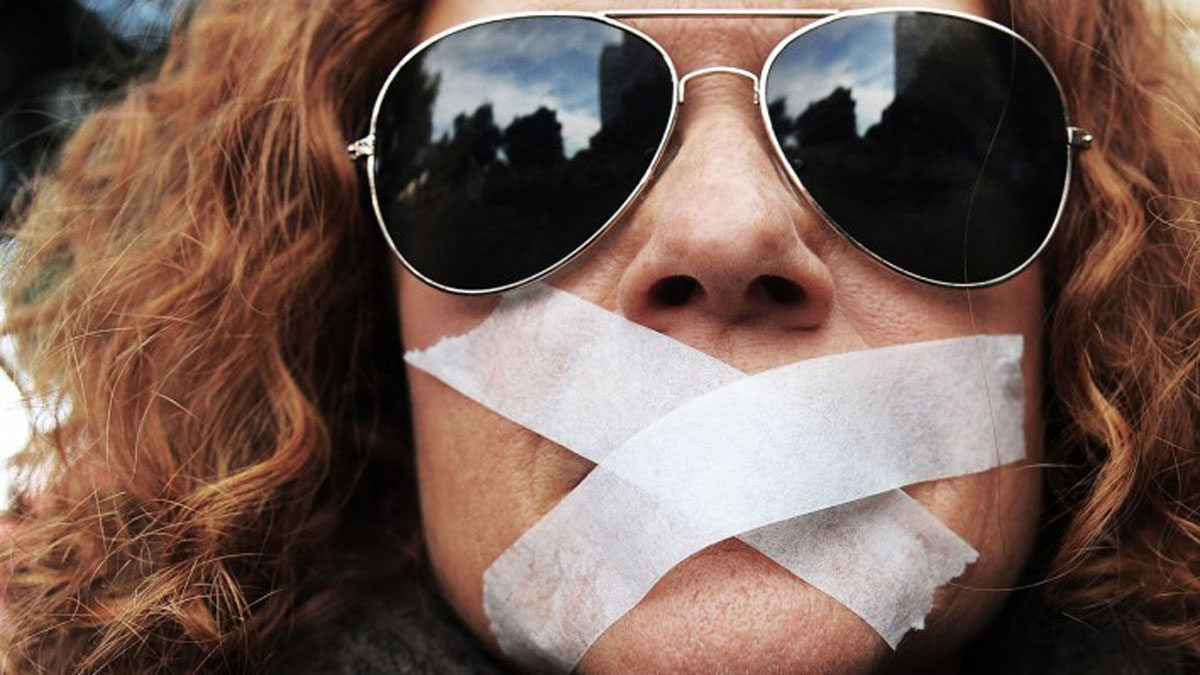 My Newswithviews column this week, “Republican Cowards,” had to do with… well, Republican cowards.

I got a lot of emails about this, almost all of them enthusiastically agreeing with me. But there was one bad apple in the barrel.

This guy said he hoped the FBI would swoop down on me for sayin’ these bad, bad things. Free speech is one thing, he said, but… this? Way out of line! You just can’t say things like that!!! Unless, of course, you’re a Democrat and the president is Donald Trump. Then there’s absolutely nothing you can say that’s out of bounds.

I grew up thinking I lived in a country in which I had a God-given right to free speech, that the government had no power to take away from me. Why did I think that? Because everybody said so. Because the First Amendment to the Constitution, the law of the land, said so. Right there in black and white, for anyone to see.

Now we’ve got all these characters out there–almost all of them Democrats–who think the government should restrict the content of Americans’ speech. They think you should be free to say only things approved by the government. And woe unto you if you don’t!

This is alien to America, it is not American, it has crept into our culture from somewhere outside, then hatches into a parasite that attacks us from within.

But hey! That’s what President Trump’s no-longer-in-office “impeachment” trial is about, isn’t it? Show the proles you can’t buck the ruling class, even if you’re a billionaire like Donald Trump. Throw a scare into us! If they can do this to him, what chance have I got?

How things change! When I was undergoing “orientation” to prepare for Rutgers University, every other word out of their mouths was about the glory, the glamor, and the absolute sheer necessity for… Dissent! It was an end in itself, it was the highest civic virtue, and anyone who doesn’t dissent is a villain and a dastard. Etc., etc.

Let’s see how much dissent they tolerate, now that they’ve got their monkey in the White House. 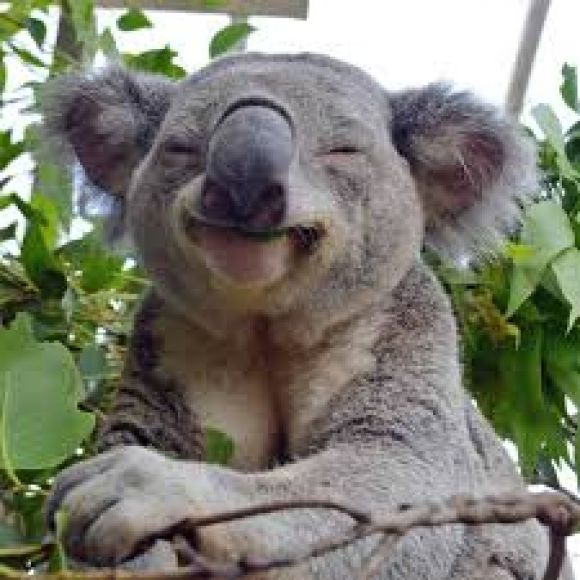 The university’s student soviet–sorry! should be “student government”–complained about the paper–which had $450 funding from the university–and university officials moved to quash the satire. Now they’ll have to pay The Koala $12,000 in damages and another $150,000 in attorneys’ fees, plus over $600,000 for their own attorneys’ fees. Your tuition (and tax) dollars at work!

The ruling was handed down by the 9th Circuit Court. The original lawsuit was filed by The Koala’s editors five years ago.

So we still have the freedom to make fun of fat-heads and the tyrannical restrictions they try to impose on our First Amendment rights.

Why do we continue to fund these so-called universities? They’re nothing but Far Left indoctrination farms. They do nothing but try to make us less free. Why do we have to pay them to screw up our country?

It’s time to stop the funding. Let them sink or swim in the free market.