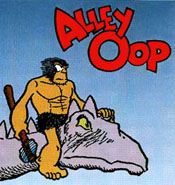 Not quite 20 years ago, Science was agog with a new theory that explained why Homo erectus (Them) had a thicker skull than Homo sapiens (Us).

And They Say We Believe in Silly Things

If they were more hip to popular culture, they would’ve realized that cartoonists had beaten them to this theory by several decades. But read and enjoy the 2016 post (all you have to do is click it) to find out all about it.

You’d think that if blind Chance really did preside impotently over the development of life on earth, you’d find a lot of fossils of goofy animals that weren’t suited to survive. Snakes that can’t bend, legless rhinoceroses, birds with their heads on backwards, huge buky dinosaurs with dainty wings, a servant with two heads and a hand–isn’t that more Chance’s style? 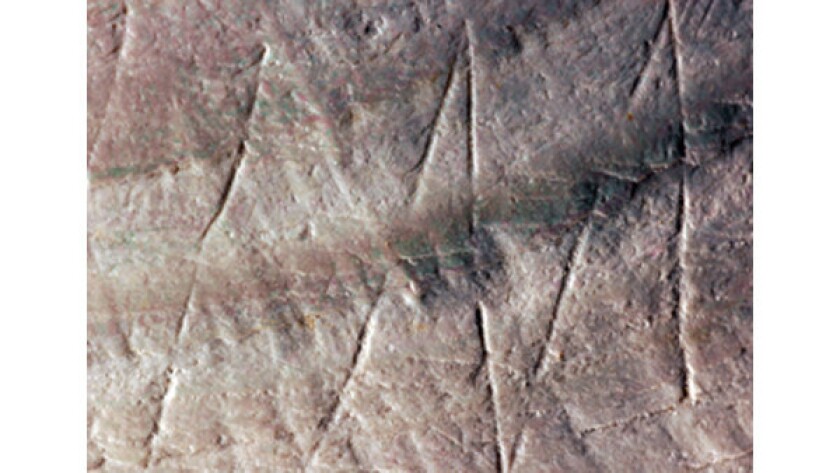 The scientific world got a shock recently when archaeologists discovered cave art that could only have been made by Neanderthal people. Although their brains were actually a little larger than our own, it was Settled Science that Neanderthals were “primitive.”

Now they’ve got art that was produced by Homo erectus–known as the “Java ape-man” when I was a boy–and it’s knocked a lot of settled theories for a loop (https://www.livescience.com/48991-homo-erectus-shell-tools.html).

What we’ve got is fossil clam shells with abstract designs carved on them, dated to 540,000 to 430,000 years ago. Young Earthers, stay with me: there is not supposed to be any such thing as Homo erectus art, no matter what the age.

So… what was Homo erectus? An ape-man? A missing link? Here’s a skeleton: 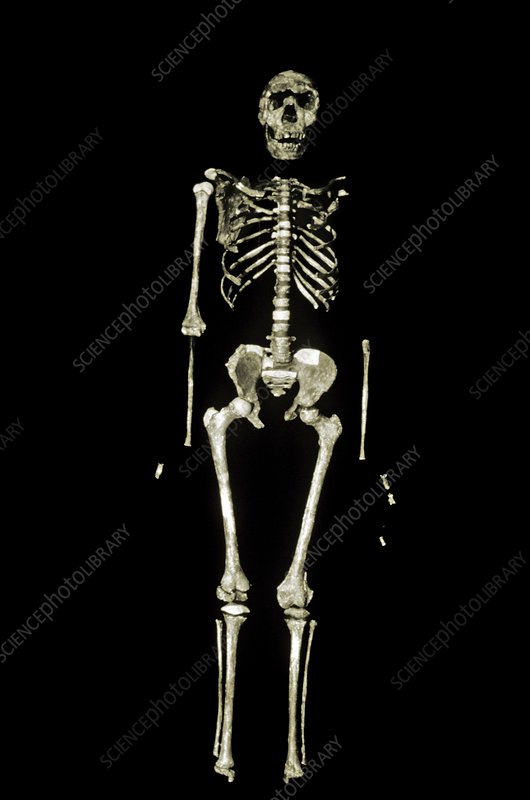 This was once a 12-year-old boy in East Africa, now known as “the Lake Turkana boy.” In life he would’ve been on his way to six feet tall–no stooped, crouching ape-man here. From the neck down, only an expert can tell that this is not a modern human skeleton. But the head is shaped differently from ours.

Were these people, or something else? It wasn’t so long ago that Western scientists were debating whether modern Africans were people. It’s like, they’ve gotta look like us or they’re not human. You could find a carved ivory chess set clutched in the skeleton hands of a deceased Homo erectus, and some still wouldn’t accept him as human.

As for, “Well, Homo erectus simply Evolved into more modern forms of pre-humans, until finally the real human threshold was reached”–fap! There were erectus men and women living at the same time as “modern” humans and really “primitive” characters like little-bitty Homo habilis.

But I think it’s cool! This is what we look like after how many generations of using each other’s heads for pinatas?

[See previous post, if you haven’t seen it already.]

So cultural practices–like, for instance, clubbing each other on the head–can shape our physical evolution? Really?

Given, then, the enormous cultural differences that we find all over the world, some of them going way back in time, how come the human race is still one species? Shouldn’t we have evolved in dozens of species, based on our widely varying cultural practices?

No easy way out of this one! 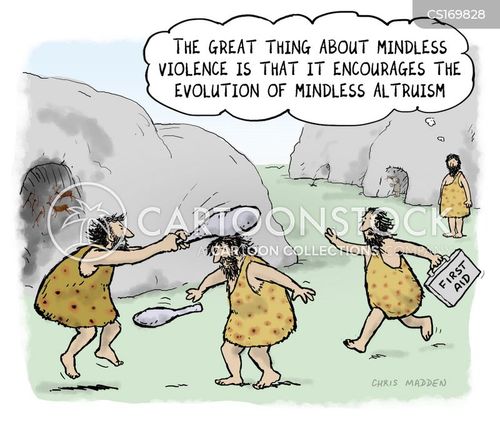 Way back in 2004, some scientists–I use the word advisedly–trotted out a theory that Homo erectus, formerly known as Java Man, had a really thick skull, much thicker than ours, because the males had a habit of popping each other over the head with clubs. This cartoon-like image was carefully dressed in the most posh scientific language ( http://www.naturalhistorymag.com/htmlsite/master.html?http://www.naturalhistorymag.com/htmlsite/0204/0204_feature.html ), but when all’s said and done, it’s still a cartoon.

Working from scanty evidence, if we might be so kind as to call it that, scientists reasoned (if we may call it that) that Mr. Erectus evolved his thick skull because the other guys were beatin’ on him: in their words, a lot of Erectus’ anatomical features “evolved in response to interpersonal violence.”

I can’t tell whether this is bosh or tommyrot. Are they really asking us to imagine untold generations of Alley Oop conking each other on the noggin until thicker skulls “evolve”?

Yeah, yeah, I know, natural selection and all that: the lads with the thin skulls get clubbed out of existence, and only the ones with the thick skulls survive to make bambinos with thick skulls, chips off the old blockhead. Except DNA can be so uncooperative in that regard! It keeps on reproducing the same thing, unless somehow interfered with. But most of those random mutations are either harmful or totally without effect, so the great humanist god, Chance, is called upon to work miracles.

Loaves and fishes, no. Thick skulls from thin skulls, can you gimme halleluia?

Meanwhile it’s 50 degrees outside today on May 15 and there’s a frost warning on for tonight… and you can bet the house that sooner or later some government scientist is going to come along and declare that this has been the warmest May in recorded history, blah-blah-blah…

And they say we Christians believe in silly things.