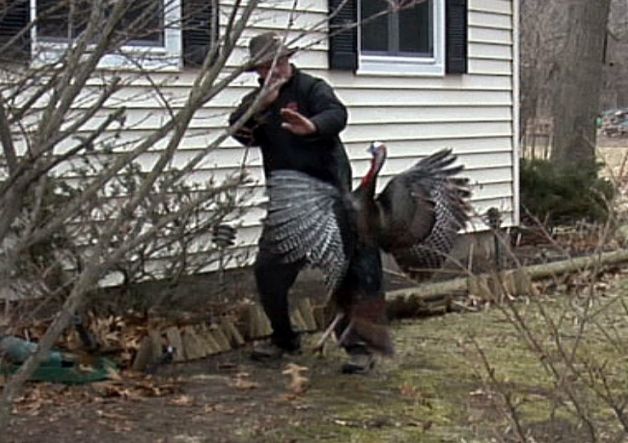 My editor, Susan, likes to bring me up to date on the news each morning, because she knows I don’t follow it after 5 p.m. So this morning she read me a headline:

What! Instantly my mind provided an image of an angry, feisty turkey attacking a group of men in Arab dress, and them scattering in a panic. You know how turkeys can be.

If they’d stopped at the first half of the headline, many of us would’ve stopped with the mental image of the boisterous turkey.

But then the lore of messy headlines is a rich vein of treasure. “Fort Worth Rancher Has Biggest Horns in Texas.” “Man Eats, Then Robs Restaurant Owner.” “Imam Says Journalists Should Be Beheaded During Fox News Interview.” You get the picture.

I Didn’t Write the Blasted Headline!

I’ve gotten into some hot water for my News With Views column this week. Of course I have, because the headline reads “Donald Trump–The Only One Who Can Save America.”

I did not write that headline.

God is the only one who can save America. I know that! I’ve often said so, and in print, for everyone to see.

I’m trying to get that headline changed, but it may be too late. But at least I want everyone who reads this to know that I didn’t write it and I don’t agree with what it says.

I don’t mind if they change the headline I wrote for something with a bit more zing. But I do mind if the new headline gives people a false impression of me.

So if anyone happens to refer to me as “that palooka who wrote that dumb headline about Trump the only one to save America,” please–I didn’t write the b lasted thing, and it does not reflect my opinion in the matter.