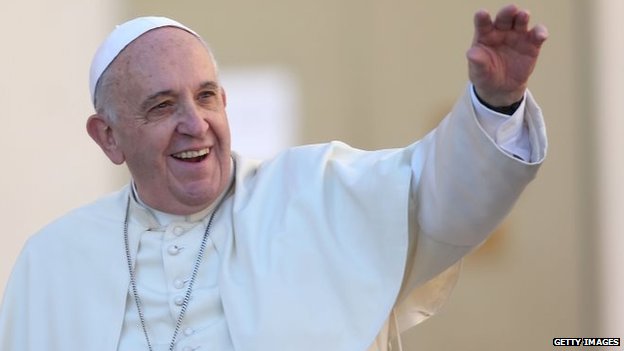 “Hello! I can whistle Dixie backwards!”

I’ll never know how we went from Pope Benedict to this off-the-wall socialist, Francis I. Being an extreme globalist only adds to his charm.

If he thinks the other globalists have any plans to let Christianity survive, other than in a warped, inside-out, totally phony state, he’s got one more screw loose than I thought.

In the Middle Ages it was fashionable, in some circles, to believe in “One Pope and one Emperor for all mankind.” I guess this guy’s trying to bring it back.

The only one whose right it is to rule is Jesus Christ.

8 comments on “My Newswithviews Column, Oct. 3 (‘Impeach the Pope’)”