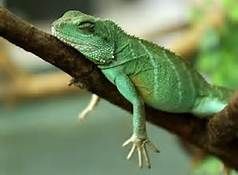 I am tired out, bushed, pooped, a spent force, out of gas, etc. etc. I’ve done everything I can think of to rally viewership back to this blog, and none of it has worked.

Now all I want to do is sit outside with my cigar and a crossword puzzle. And then watch a scary movie.

Well, resting is not such a bad thing. Gotta re-charge the batteries. And who knows? Maybe while I’m just farting around, a few readers will send in fantastic comments that get the whole board lit up–it wouldn’t be the first time my readers have done that. Maybe I’ll get a message from WordPress: “Yo, dude, we’ve fixed it! You can use your share button!”

I leave you with this thought.

Why does Joe Biden wear those Cool Hand Luke shades every time he goes outside? And why has not one, ahem, “journalist” asked him about it? What’s he hiding?

I will publish the three most interesting answers!

It’s bad enough that so many college professors and administrators are fools. But do they have to be boot-licking toadies, too?

The dean of journalism (!) at the University of Georgia has issued an abject apology for “offending” leftids with a mild-mannered tweet about his lifelong personal friendship with the man who is now the state’s Republican candidate for governor (https://www.campusreform.org/?ID=11170). The dean had the temerity to call his old pal “a nice guy.”

What? Didn’t he know that every Republican is a Racist? Was he “blind to his own privilege”? I am still trying to figure out what privileges I enjoy as a white man, besides getting blamed and hated for everything that goes wrong in every loser’s stupid life.

So the dean deleted his tweet and went on to confess, publicly, “I’d like to apologize to anyone offended by my tweet… It was ill-timed and poorly written.” [“Poorly written?” Well, maybe he shouldn’t be teaching journalism and mass communication!] “I’ve read and learned so much from you all and will endeavor to be more thoughtful.” See the worm crawl.

As one all-knowing leftid chided him, “You’re a straight white man. Of course he was nice and kind to you. Racists are generally nice to their own kind.” Thank you for the attitude adjustment, comrade. My mind’s right now, boss.

Has our country gotten lost in an endless loop of Cool Hand Luke, and we can’t find our way out?

This J-school dean acts like he’s afraid his Loving Left colleagues will kill his family and pack him off to a gulag in Siberia if he doesn’t grovel energetically enough. Well, that is what the Left actually does to you in countries they control. All the more reason to stop them from ever getting their hot little hands on this one.

Let’s vote in some people who have the courage and the decency to defund the colleges.

Build them down, not up.