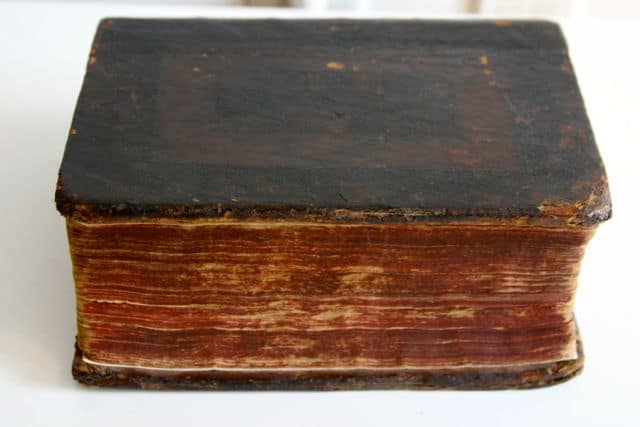 What can be said of the Church in any country where transgender propaganda, Drag Queen Story Hour, nearly-nude Super Bowl halftime shows on TV at the church, and the ACLU all flourish? Can we say that Church has failed?

The Enemy has been gnawing and sawing at the foundations since the late 18th century, and has made horrifying progress: but clever clods within the mainline/flatline churches think they can go along to get along–and who needs the Bible, anyway?

We do, sunshine! We don’t need you, there will always be a real Church, but we do need the Bible.

Are We Really Deserting Christ?

Linda sent me a dcclothesline article today with the alarming headline, “More Americans Than Ever Are Leaving Christianity” ( http://www.dcclothesline.com/2016/08/28/more-americans-than-ever-are-leaving-christianity/ ).

One sentence, regarding the findings of a recent Pew Poll, jumped out at me: “[The] biggest cultural shift has been among young people.”

That made me remember a 2008 study by Professor Rodney Stark, director of the Institute of Studies of Religion at Baylor University. Dr. Stark, whom I interviewed at the time, said that throughout American history, it has never been unusual for young Christians to leave the church, only to return when they’re a good deal older. So I think we ought to take that into consideration.

But there are other factors.

Chiefly, our public schools, our colleges, and our popular culture labor night and day, every day, to pry young people away from Christianity. We shouldn’t be surprised that this much indoctrination really works. And Christians should not be sending their children to those schools and colleges.

Also, America’s mainline/flatline Protestant churches have virtually ceased to be churches. Instead of God’s word, they devote themselves to fund-raising, entertainment, story-telling, and all kinds of interfaith frolics–as abundantly chronicled in this blog, throughout the year. Is it any wonder they’re losing their grip?

America needs to be re-Christianized: no two ways about it. This is a job that can’t be done by all too many of our churches, and which will be strenuously resisted by our beloved educators.

Of course, to be unaffiliated with a church does not mean a person has ceased to be a Christian. If Jesus has left the building, so should you.

In my Bell Mountain books, First Prester Orth has a vision for the Temple: that instead of a building, a hierarchy, etc., it ought to consist of God’s people nourished on God’s word, with its walls the four corners of the earth and its roof the very heavens: a church not made with human hands, which human hands cannot destroy.

I believe we can be sure that Jesus Christ Our Lord, the King of Kings, will not let His Church go extinct.

But He may very well decide to change it.