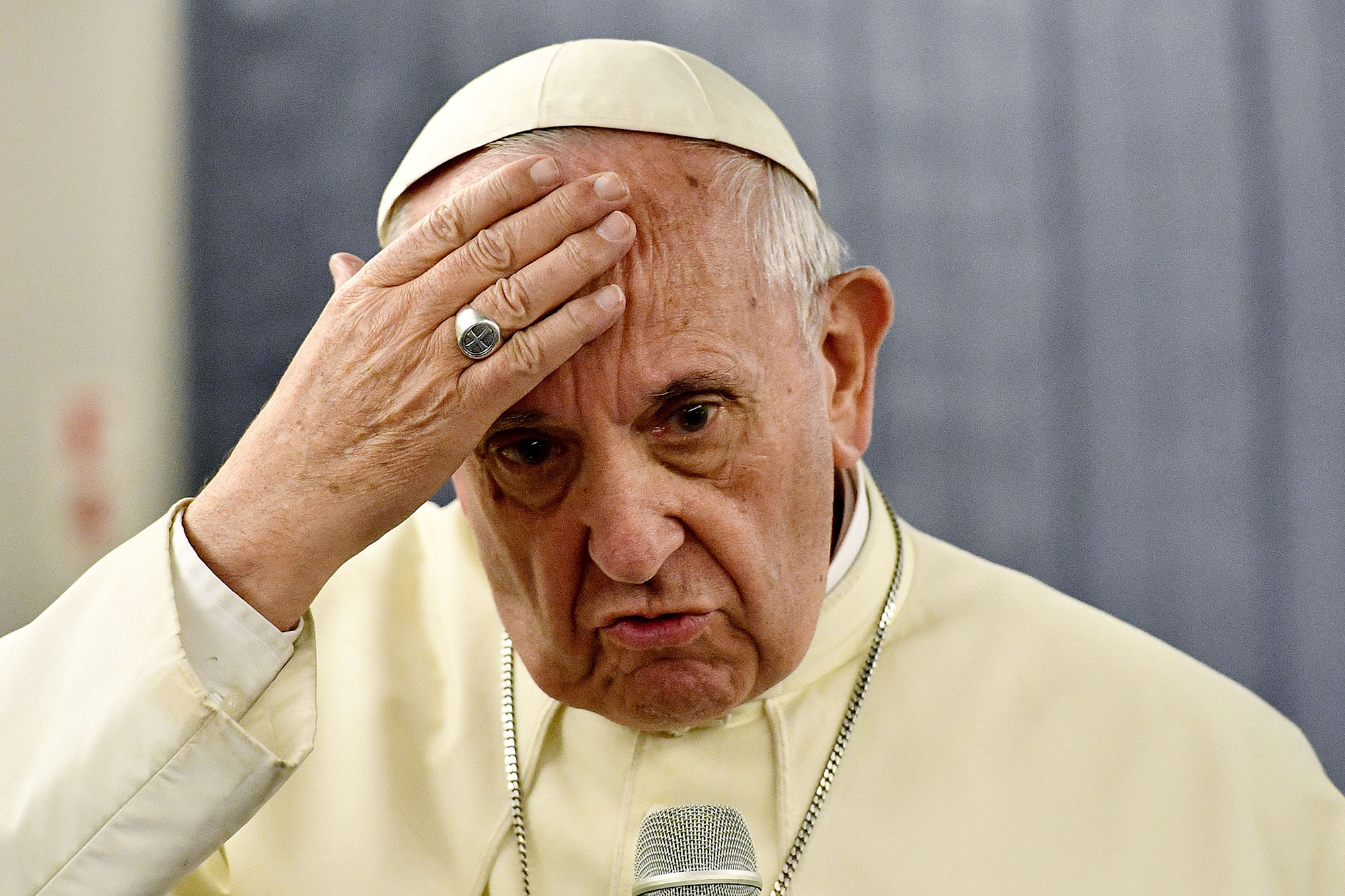 What is he thinking?

Honk if you think this sounds even marginally Catholic.

Pope Francis, the Red Pope, in a letter to the annual World Bank and International Monetary Fund spring meeting, called for “global governance” (because COVID, etc.) and universal vaccines, and lamented an “ecological debt” owed to “nature itself” (https://www.lifesitenews.com/news/pope-francis-calls-for-global-governance-and-universal-vaccines-in-letter-to-globalist-financial-summit).

We get this from LifeSiteNews, which has been permanently banned from YouTube because Big Tech doesn’t want you to know about things that might upset you.

Oh–and Franky wants “a new societal order,” too. If that doesn’t make you afraid, check to see if you can fog a mirror.

Does anybody really like the idea of the pope, any pope, hopping into bed with the World Bank and the IMF? I mean, is that, like, the gold standard of “sinister”?

And then there are the Protestant LOL seminaries where they “re-imagine” Christianity without… the cross.

O Lord our God, bless your faithful servants wherever you find them… and give them strength and equip them to stand against the wiles of the devil. 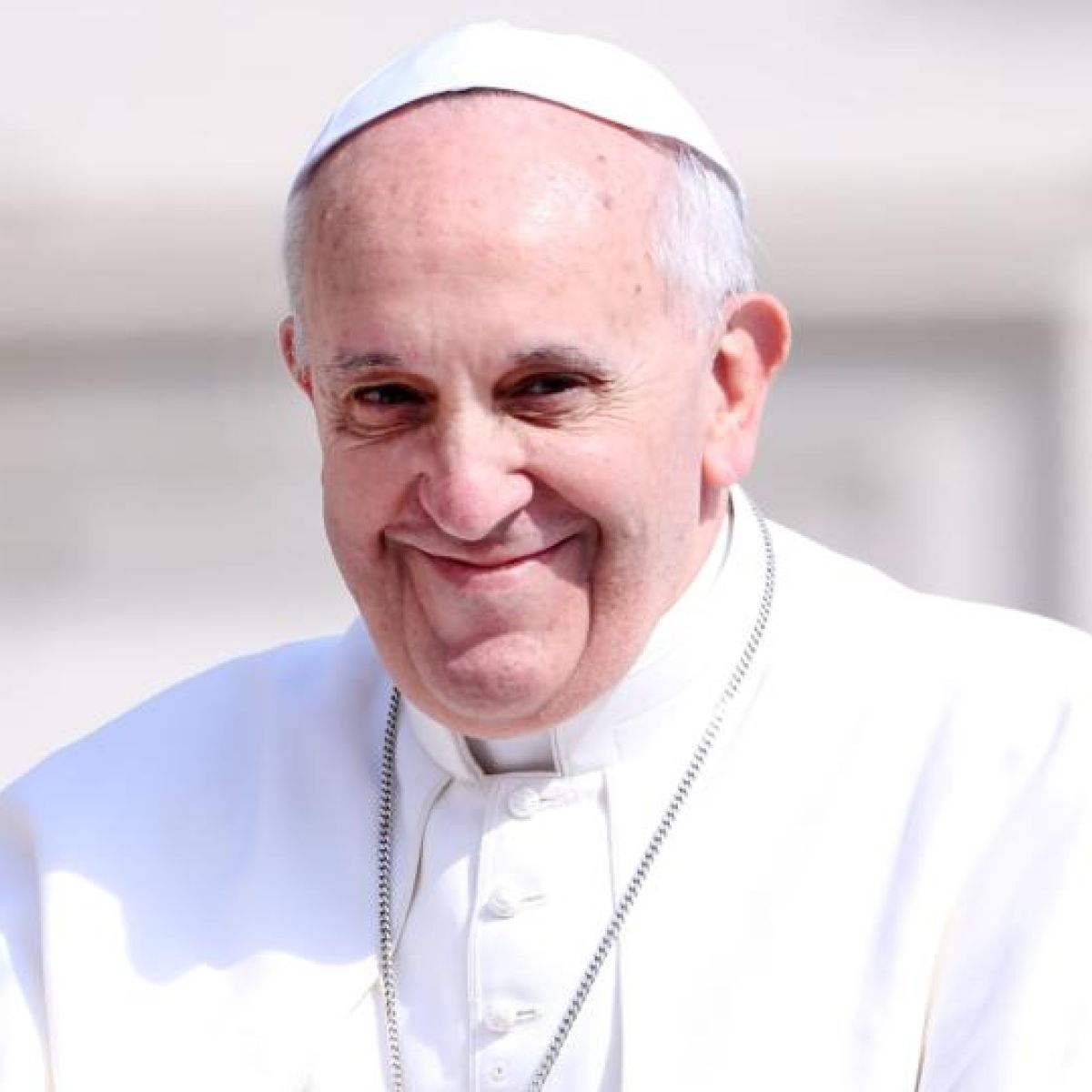 I get nervous when he smiles.

Gee–what if the answer is “no”?

Well, catch what the Red Pope, Francis, has had to say about the Chinese Wuhan Communist Death Virus–and then you tell me he’s still Catholic (https://www.breitbart.com/health/2020/04/09/pope-francis-says-pandemic-is-natures-response-to-human-inaction-over-climate-change/).

The coronavirus pandemic is “certainly nature’s response to global warming.” (And also to “economic inequality.” Don’t leave that out! “Inequality” causes natural catastrophes.)

“I do not know if it [the pandemic] is nature’s revenge, but it is certainly nature’s response.”

“Nature is throwing a tantrum so that we will take care of her.” The earth “now cries out to us.”

Forget Catholic. Is this guy still a Christian?

He has also called upon the world’s people to switch to “a simple lifestyle.” Yeah! Put all those peasants back into the 12th century where they belong! Wonder how “simple” he thinks his own life ought to be.

Yeah, yeah, I know… Tomorrow the Vatican will be disavowing these remarks, he keeps ’em busy doing that, and that’ll be all until the next interview.

Oh! If only we had that glorious global government! They’d harness that fantastic Scientific power and soon put a stop to Climate Change! And the Pope, he could be the head honcho of a global religion to go along with global government!

And we have blundered into a Left Behind novel.

(Praying for Cardinal Raymond Burke to somehow be made Pope–like, now…) 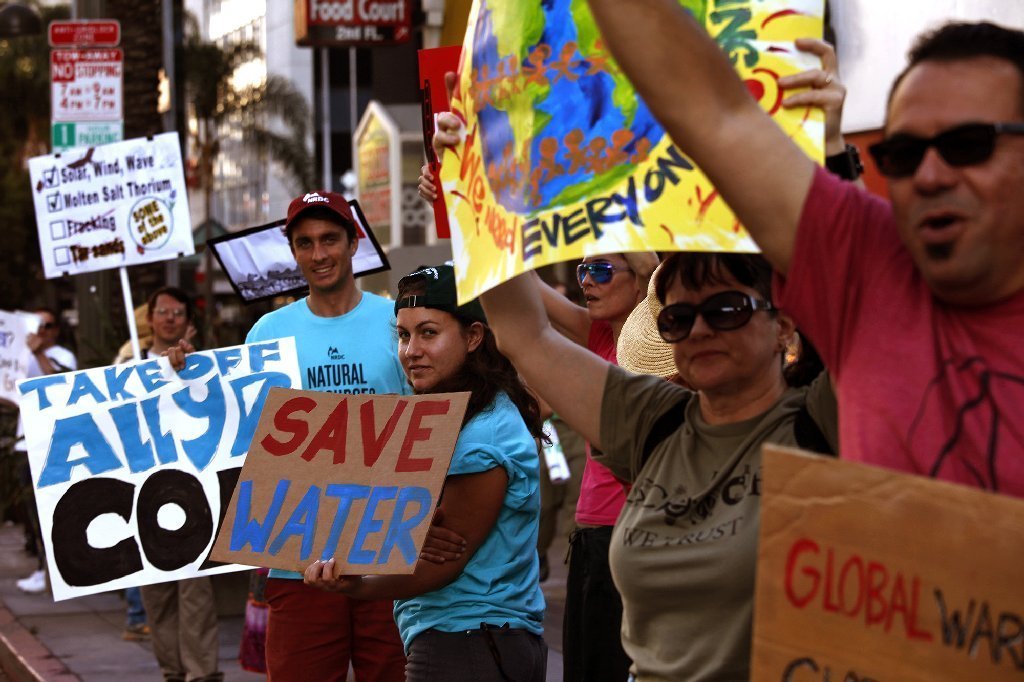 Thanks to my chess buddy, Ohio Chess Fan, for alerting me to this priceless gem of news.

What do you get when you turn from the real God and worship things that are no gods?

You get this: some Peruvian nimrod of an “actor and activist” going up to Mexico to “marry” a tree–yes, I said a tree–in some kind of “Inca ceremony” ( http://latino.foxnews.com/latino/nlifestyle/2016/05/10/environmentalist-weds-1000-year-old-tule-tree-in-south-mexico/?icid=maing-grid7|main5|dl7|sec3_lnk3%26pLid%3D-1296361174_htmlws-main-nb ). Not that there ever were any Incas in Mexico.

He reckons this’ll make people stop cutting down the world’s forests. Well, duh–who doesn’t want that? D’you think I like having my whole county paved over?

But the orcs that are doing it are not going to stop because they’ve seen some dingbat get married to a tree. Like, “Ooh, we can’t pave over any more woodlands, ’cause the tree you go after with your chain saw might be somebody’s wife or husband!”

An Inca ceremony, eh? Why don’t they bring back some more of those charming pre-Columbian religious practices–human sacrifice and all that? The Incas were famous for carting little children up to the tippy-tops of very high mountains and leaving them there to starve and freeze to death, as an offering to some pagan devil.

I have done my share of cursing at developers who saw down woods and steamroll farms so they can put up yet another strip mall. They won’t care if a thousand “activists” get married to trees, Boston ferns, or patches of kudzu.

If you’ve ever wondered whether more and more people in this fallen world are getting stupider and stupider… well, I think you can stop wondering.