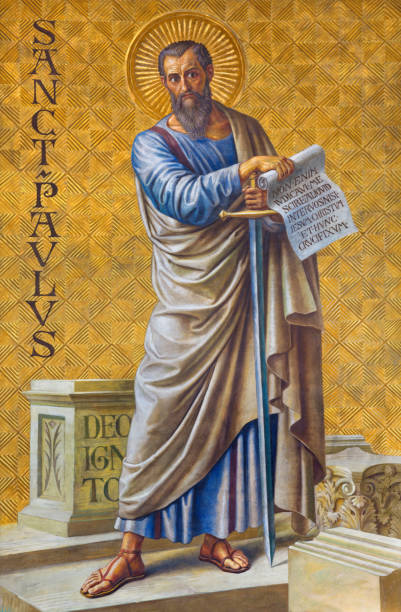 If you think formal credentials are all they’re cracked up to be, you haven’t been paying attention! Our leaders, here and elsewhere, have credentials out the wazoo–and look at the mess they’ve made of things. Who could do worse?

St. Paul did not need a paper from a seminary to preach and teach.

2 Corinthians 3:1 | Credentialism is Killing the Church

This essay in the humaneffort blog lays it on the line. “Credentialism” is killing the Church! Not that God will allow the whole Church to fail; but rather large chunks of it might be washed away if we don’t watch out.

I continue to display work by other Christian bloggers. I’m convinced that Big Tech suppresses our viewership, and that therefor we ought to help each other.

An insightful post from the Christian Apologist blog. We are not alone.   –LD

All right, you’re not gonna believe this.

When St. Paul said, “Let all things be done decently and in good order” (I Corinthians 14:40), he probably was not thinking of anything like what’s going on at the Elevation Church in Charlotte, North Carolina.

There they have installed a great big water slide, and you zoom down the chute into a pool to get baptized ( http://babylonbee.com/news/elevation-church-debuts-water-slide-baptismal/ ). The pastor might also squirt you with a super-squirter.

The idea is to get as many people baptized as quickly as possible.

Somebody’s church has more money than is good for it.

I mean, why don’t they just stand on the roof and throw water-balloons at the passersby below?

I’ve heard of “seeker-friendly” churches, but this is ridiculous. But the doctor is very pleased with my progress, vis-a-vis blood pressure. Then he noticed my T-shirt, adorned with a picture of Scipio Africanus, and asked about it. This resulted in my learning he was not a Christian, after all (I thought he was), and his asking, with a show of great interest, about Christianity and the Apostle Paul. He says he wants to learn more, much more. May the Holy Spirit provide him with a good teacher.

Anyhow, this was about the last thing I would have expected, after sitting an hour and a half in the waiting room being tortured by daytime TV. Like, I was there to be ministered to by the doctor, and wound up ministering to him.

And now to run out and do more errands! Who spoke the saddest word in all the Bible?

In Acts 26, Paul defends the Christian faith before the Roman governor, Festus, and King Agrippa, son of that Herod who murdered the Apostle James, but a man with a decent reputation in history. Paul has high hopes that Agrippa will listen to him, because he knows the king has been an earnest student of the scriptures.

Paul concludes, “For the king knoweth of these things, before whom also I speak freely; for I am persuaded that none of these things are hidden from him; for this thing was not done in a corner. King Agrippa, believest thou the prophets? I know that thou believest.”

And Agrippa’s answer (verse 28): “Almost thou persuadest me to be a Christian.”

Almost got eternal life. Almost got forgiveness of my sins. Almost reconciled to God. Almost entered into God’s Kingdom, and into the joy of Our Lord.

Missed it by that much!

At the risk of sounding like a 1950s TV commercial, don’t let this happen to you.

All right, yeah, faith can be difficult. It wouldn’t be faith, if it weren’t. The substance of things hoped for, the evidence of things not seen (Hebrews 11:1)–and King Agrippa didn’t have it.