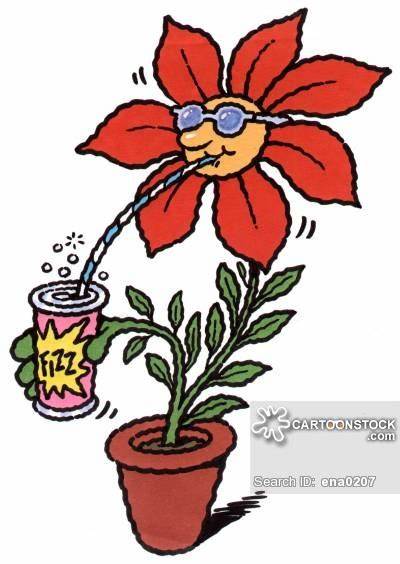 Yeasterday hear At Collidge we herd abuot this hear Grate Ideer fromb Union Thealoggicable Semetary wood yiu Beleave “it” thay “are” confesting thare Sins “To” plants!!! Us in the Stodent Soviet we voated “rite” aweiagh to “maik it” Mandertorry for evry Boddy “here”!!!

But then some Biggit Racist Hater he sayed “iff Its A sin to eeat meeat then isnt It a Sin “to” eeat Plants tooo and then wat “are” yiu aloud To eeat??”” , wel we wernt goingto lissen to That!!! And annyhow sints i bin taking Moth Hoarmoans i can eeat hankerchiffts and jim sox and iff evry Boddy thay dose it then thay “can” eeat hankerchiffts and jim sox tooo!!!!! So ate ((*8!)) of Us we beet himb up!!!

The ownly thing “it” was Confuzing abuot this,, i alreddy lernt thare is no sutch thing “as” a Sin  but this chick whith tatwos she stratened me Out quick!! Wyte Privvalidge it is a Sin! Just being Wyte it is a Sin!! If yiu has Moar Munny then some Boddy elsse thats A Sin tooo!! (Wel i dont has to whorry abote that i hasnt got no Munny at alll!!!!) Inter-Sexianalitty that is aslo a Sin!! So natcherly we can Confest all Theeze hear Sins “to” Plants–,,–and the Plants thay “will” heer our Confestions and Then Thay will do Nothing!!!!!! Like how Grate is that???

[Thanks to Susan for the news tip]

Are we gonna wind up “confessing sins” to everything and everyone but God?

As NBC Nooze exhorts us to confess our “climate sins,” Union Theological Seminary is urging its students and faculty to confess their sins to plants (https://www.faithwire.com/2019/09/18/seminary-encourages-students-to-confess-sins-to-plants-msm-outlet-asks-you-to-do-the-same/?fbclid=IwAR2FlcZoGHOhSbkuTZLBMoArtigf98unNs3dXytGAG3_tP8XnELxZZXiLIU).

Why is anyone surprised? Union does ABC Theology–Anything But Christ. Union does “feminist theology” (like God is different for men and women–or whatever the devil it means) and goddess worship. There’s enough horse manure slung out of there every day to fertilize Mars.

They actually held some kind of “service” in which dunderheads did confess their sins to house plants. And one guy wanted to know why they weren’t confessing to whales and glaciers, too.

We are not told what happens after you confess your sins to a potted begonia. Does it forgive you? Does it cleanse you of your sins? Or does it just sort of sit there in the flower pot and do nothing, because when all is said and done it’s only a plant and you’re a heathen nincompoop for treating it like it was a god?

Another thing we’re not told is what, exactly, “sins” are being confessed? “Bless me, O begonia, for I have committed fornication…”? Nah. You know what? I don’t think I really want to know what the pagans at Union Theological Seminary would consider a sin. Not sure I could take it.

I wonder when was the last time anyone at Union read Romans Chapter 1? Maybe they ought to brush up on it, eh?

But they wouldn’t believe it if they read it, would they? All that stuff about not worshiping the created things, but only the Creator–what “teacher” at Union would ever teach that?

Are These People Totally Kidding?

You remember the Democrats. You know–the party that booed God at its national convention. The party of abortion at birth, transgender, drag queen-ism, and banning Christmas. Those Democrats.

If you’re a Christian voter, they’ve got a plan to recruit you (https://www.youtube.com/watch?v=S6kGP5lOwsw).

While you’re at it, we’ve got the Brooklyn Bridge for sale.

See, they don’t want to concede “the evangelical vote” to Republicans anymore, despite having energetically done everything they could to alienate it. So far, Corey “Spartacus” Booker and Pete “Ooh, My Husband!” Buttigieg have hired “faith advisors.” And the Democrat National Committee has hired an “anti-Trump pastor” from Union “Theological Seminary,” where their latest caper is teaching something called “rejoicing in the queerness of God.”

Hint: don’t trade places with these characters on Judgment Day.

Does any Democrat even know what an “evangelical” is? Resorting to what we charitably call “the religions left” (instead of the more accurate “pagans”) to win over evangelicals is hilariously off the mark. But this is a party that has completely lost touch with normal people.

Why is it that when I write the nooze, it feels like writing satire?

Do they really make you trample on the Bible before they let you be a teacher or administrator at a seminary? Or does it only seem that way?

The president of Union Theological Seminary–that’s one of the biggies–says you don’t have to believe Christ rose from the dead, to be a Christian. Erick Erickson quotes her: “For Christians for whom the physical resurrection becomes a sort of obsession, that seems to me to be a pretty wobbly faith. What if tomorrow someone found the body of Jesus in the tomb?” [They won’t.] “Would that mean that Christianity was a lie?” (https://townhall.com/columnists/erickerickson/2019/04/26/flatearth-christianity-n2545394).

Let’s see if St. Paul can field that question.

Now if Christ be preached that he rose from the dead, how say some among you that there is no resurrection of the dead? But if there be no resurrection of the dead, then is Christ not risen: and if Christ be not risen, then is our preaching vain, and your faith is also vain. Yea, and we are found false witnesses of God; because we have testified of God that he raised up Christ: whom he raised not up, if so be the dead rise not. For if the dead rise not, then is not Christ raised. And if Christ be not raised, your faith is vain; ye are yet in your sins. (1 Corinthians 15: 12-17)

Unless this seminary half-wit thinks there’s such a thing as a Christless Christianity, in which salvation comes not from Jesus Christ, but from Science, the state, left-wing politics, and NPR, etc. And Jesus was just a nice guy who got crucified because he was a union man. Or something.

How do sins get forgiven? By voting for Democrats? Who forgives them? Hillary Clinton? And who gets to say what’s a sin and what’s not? The Bible, or some left-wing fat-head in a seminary?

This is why the flatline Protestant churches are dying the death. I can’t find it in my heart to waste tears on them. Those who know their Savior, who know His voice and follow Him, don’t need those churches. Nor those seminaries.