How long did it have to rain on the rocks before they came alive?

Come on, now–does anybody really, truly believe that?

I re-run this post from time to time for the benefit of new readers and because we’re always running into fools’ chatter about “your God” who doesn’t exist but they passionately hate Him anyway, and the Bible as nothing but fiction but all those things in it that never happened still drive them up the wall.

We really shouldn’t have handed our educational institutions over to them. To say nothing of the rest of our institutions.

God hears and God knows what we say, and that’s a scary thought.

Good thing we have a Savior! Jesus Christ, the Son of God. 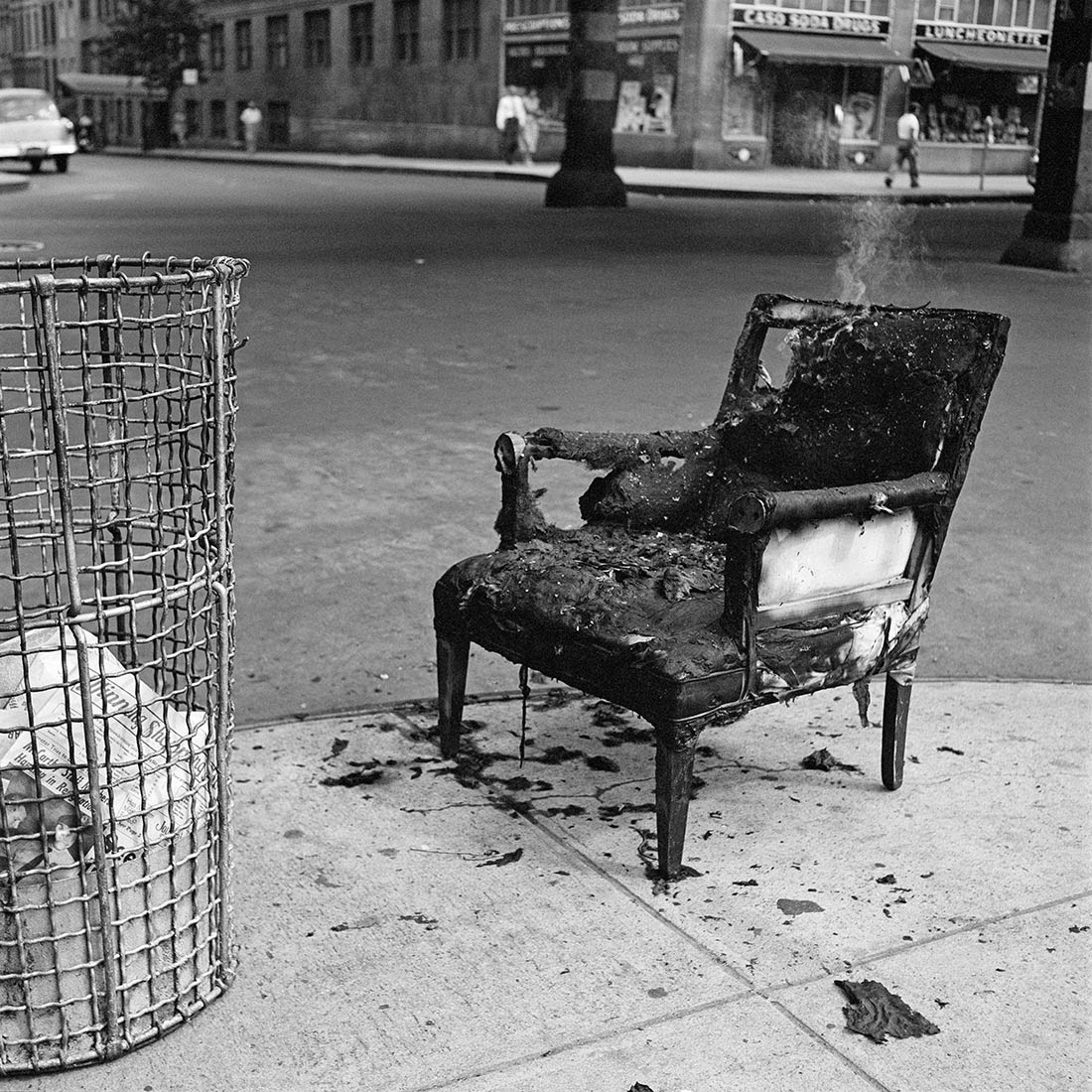 My hat is off to Christians who can and do debate with atheists. I stood in awe when former Archbishop of Canterbury Rowan Williams debated atheist bigwig Richard Dawkins at Oxford–and won. Beat the bad guy on his home turf.

But of course he didn’t convert Dawkins, and I have yet to meet a Christian who says his arguments swayed any atheist–although I live in hope that someday I will.

Meanwhile, I don’t know how they do it. “I know I’m not going to convince the atheist,” says one, “so this is for anybody else who might be listening.” I salute that: stand up and cheer.

I can’t do it. To me, atheism never sounds like anything but High School Charlie “Look how smart I am,” blah-blah-blah. And I get emotionally involved, which makes my logic suffer. I don’t have the patience for it. You never make any headway with them; it’s like debating with a chair.

So I’m glad that others are able and willing to shoulder this burden. I am sure God blesses their honest efforts.

Chalcedon published this essay by Anthony Rogers in 2007, discussing the flawed logic and self-delusion of atheists like Richard Dawkins.

It reminds me of how J.R.R. Tolkien once used a scholar’s own standards, procedures, and line of argument to “prove” that the scholar himself did not exist, but was only a legendary personification of an ancient Celtic sun god.

Remember this? Backed into a corner on the origin of life, atheist poster boy Richard Dawkins falls back on the “space brothers seeded life on Earth” theory. Okay, then, where did the space brothers come from?

Buy this man a set of Miller Space Aliens.

Linda asked for O Holy Night, and I chose this rendition by Celtic Woman: very nice, don’t you think?

On the youtube page for this hymn we find several “I’m-an-atheist-but” comments, saying how much they love the music. We sigh. They’re like people standing outside a bakery,  loving the aroma that comes drifting out–and declaring that there’s no such thing as cake.

Come in and taste that the Lord is good!

A Global Atheist Conference scheduled for next February in Melbourne, Australia, has been cancelled due to “lack of interest” (https://fellowshipoftheminds.com/2017/11/16/global-atheist-convention-cancelled-for-lack-of-interest/).

Ain’t that a shame? And here they went and got two big-name guest speakers for it, too: Salman Rushdie, a former Muslim, and Richard Dawkins, who believes in space aliens.

The problem is, atheism is boring. It only acquires interest when they’re baiting Christians. Among themselves, they don’t have much to talk about. I mean, how many times can you say, “Boy are we smart!”

Did I mention Dawkins believes in space aliens? That’s how life on earth got started. Space aliens started it. How the space aliens’ life got started, he doesn’t say. This sort of thing might have been hard to parley into a whole conference.

If the fear of God is the beginning of wisdom, then what is it to have no fear of God at all?

I frequent a few websites whose members certainly think of themselves as more than usually intelligent and well-educated. Some of them are atheists, and they criticize, or even mock and insult, Christians for believing in God. The phrase they always toss around is “your God”–as if the God who made the heavens and the earth were some kind of possession of ours, rather than the other way around.

It’s “your god didn’t do this” or “your god shoulda done that,” blah-blah. They claim that not a word in the Bible constitutes true history, it’s all just made-up stories, and then burst into rage because God wiped out the Canaanites–I mean, why get so upset about something that you say never happened?

They pat themselves on the back for believing in Science. For us, science is a method of learning about God’s created reality. For them it is an idol to be worshiped. A substitute for God. They created it themselves, and then they worship it. Like a poor benighted heathen bowing down to a thing he carved out of a chunk of wood.

Science tells them God didn’t create anything because, of course, God does not exist (they hate Him anyway). Everything sort of evolved. And it all got rolling–by merest chance!–when it rained on earth’s primordial rocks… and the rocks came alive.

I find I just can’t get comfortable with all this “your god” stuff and can’t take it in stride. I come from a time when people didn’t talk like this. And I come from a belief that God hears what we say and will hold us to account for it. So to me such talk seems very dangerous.

The Bible assures us that the fool has said in his heart, “There is no God” (Psalm 13 and elsewhere).

When fools do things, it doesn’t turn out well.

Which, I think, explains this age.

Wind ’em up and see ’em flap their jaws. No thought necessary.

We were reading an interview with a Scotch actor whose name is not important: call him Legion. They asked him, “What makes you angry?” and he answered, “Religion!” And went on to say, like they all say, that “religion” causes all the world’s wars and every other problem you can think of, and what a paradise this world would be without it, imagine no possessions, be sure to wear a flower in your hair, etc. etc.

Completely disregarding, or else completely unaware of, the fact that communist governments, officially and aggressively atheist, murdered more people in the 20th century alone than all the world’s religions put together managed to bump off in a thousand years. Or two thousand.

Heart of stone, and head of thickest fat–does he really, truly believe in some kind of atheist utopia? What does he think it would be like–a theme park for sex, drugs, and not having to pay for things?

It’s not surprising to hear an actor from the UK say such things. It’s sort of required of them. But I would like to know where they get it in the first place. From their parents? Their schools? What they see and hear on television, growing up? Is there someone who sits down and teaches them how to be morons?

It takes a special kind of stupidity not to see the camps, the barbed wire, the piles of dead bodies strewn in communism’s wake.

It is true that Christians throughout Western history have not been good Christians. It was not Our Lord Jesus Christ who told us to launch the Thirty Years’ War. We have not obeyed the word of God. That doesn’t mean there’s anything wrong with God’s laws. No one proposes to discard man’s laws because criminals break the law. Although I can easily imagine a leftid coming up with that.

Christianity–and even, to a certain extent, other religions–seeks to restrain the ferocious evil that dwells in the human heart.

Atheism’s habit is to turn it loose.

Mao and Stalin, Pol Pot and Castro–you could look it up.

A Charles Wesley hymn, performed by Maddy Prior and the Carnival Band: Soldiers of Christ, Arise.

As is not unusual, the youtube page for this hymn includes a comment by an atheist, responding to it rather–I think–wistfully. To which I can only answer, “Sister, come in! The feast is on the table, and there’s a chair here with your name on it!”