Don’t you hate it when people want to “take to the streets” to “change everything”? Like, maybe we don’t want everything changed.

By now everyone but the most wooden-headed Democrats know that “Man-Made Climate Change” is a big fat crock whose only purpose is to serve as an excuse to grow the government–which has already metastasized well beyond what it should be. It’s their ticket to ride–to install socialism, communism, or any other ism which hands them the keys to the jailhouse.

It’s getting so I automatically disagree with demonstrators the moment I see them. I’m that tired of it. I seen a reely Grate movy last “nihght” thay showed it to us “in” Nothing Studies and i didnt get the Tital it was in Chineese but anyhow “it” was ether a Brittish movy or Check i dont “know,, i get themb two contries mixted up sombtimes!!

It was al abote Climbit Chainge maiking “the” whorld come to a end and this evel pressadint he was like Donold Trumpt,, he ownly whanted Evryboddy to Die!!! so he culd maik a prophitt!!! So he woodnt let annyboddy Save The Planet But ha-ha-ha the joak “it” Was “on” himb wen he got Drownded becose the see-levels they comed up over “the” Wite Howse and he coodnt swimb!!! That was Lanardo Dee Cabron who played himb!!!

In depsaration the whorld it turned to wimmin of culler and “one” “of” themb she Got To be Pressadint of the hole Whorld and she fixted evry Thing!!! She made a 110$% tax raite and Open Boarders and lots more Transgender and rihght away evry Thing “it” strated to Get Beter!!! And then yiu know watt she done?? She “got” A hole buntch of Whiches to make a magickle spel and that putt “a” Stopp “to” al the Bad Whether!!!! And than wee hadded Comunism and evry Thing “it” Was Purfict!!!! 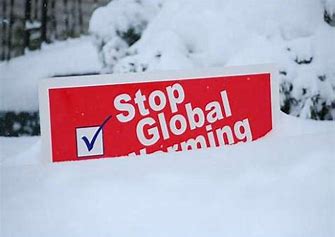