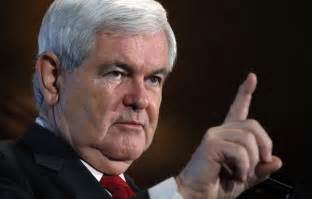 For a proper appreciation of this  news report, cue up this music from The Godfather

For what it’s worth–and personally, I’m not convinced it’s worth a lot–Donald Trump has rejected $200 million that was offered to him if he would choose Newt Gingrich as his running mate ( http://www.infowars.com/report-trump-refused-200-million-to-pick-gingrich-as-vp/ ).

Could we have a little Godfather music in the background, please?

According to stories all over the Internet today, Trump was offered a $100 million contribution by Las Vegas mogul Sheldon Adelson, and an additional $100 million by “the elite” of the GOP, to choose Gingrich as his vice presidential candidate. And Trump turned ’em down.

Well, look, if you’re going to accuse somebody, then accuse him–don’t just lay it on some nameless “elite” whose guilt or innocence can’t be proved. As for Mr. Adelson, he’s been a huge Republican donor in the past, he’s one of the richest men in the world, and I think we need more than Internet chatter to brand him as big a crook as this. After all, we’re talking about a corrupt act of truly Clintonian proportions.

Congressional Republicans who voted to confirm Loretta Lynch as U.S. Attorney General, when they could have kept her out, should have nothing to say in this election.

And as for you, who think “Oh, Trump and Clinton, there’s no difference between them!”–please. Do you think Hillary would turn down a $200 million bribe?

Always provided the story is true–and I think I need more proof.