Squashed, but not forgotten!

Very slick, Mr. Disney! All you had to do was change the story–and just like that, Pinocchio gets away with murder.

The brutal hammer murder carried out by the wooden puppet, Pinocchio, has all but been forgotten. Jiminy Cricket lives on as a cartoon character… if you want to call that living.

Walt Disney’s The Mickey Mouse Club debuted on TV in 1955 and was a mega-hit by 1956, airing on weekday afternoons. Remember?

I was only six or seven years old when I started watching this, and now I don’t know how I ever managed to sit through it. Really, all I wanted was the cartoons! Especially Donald Duck, or Goofy. If they played them at all, they played them near the end of the show so you had to watch all the singing and dancing. Those sequences seem just as long to me today as they seemed back then.

I wanted one of those Mouseketeer hats, but never got one–just a set of plastic slip-on Mickey Mouse ears. Why in the world did I watch this show? Beats me! Was it because mine was the first TV generation, and we all watched TV because that’s what you did? And whatever they put on the screen, you watched? Say it ain’t so, Joe.

I’ll never get back the time I spent watching this festival of nothing.

I was delighted to find some of these episodes available on Youtube: The Nine Lives of Elfego Baca. I’ll try to get Patty to watch these with me, this weekend.

This series, starring Robert Loggia, came out in 1958 on “Walt Disney’s Wonderful World of Color.” Remember that? It must have been good, because I’ve remembered the theme song for 60 years. This is the kind of great stuff Disney productions turned out while Walt was still running the place. He wouldn’t be happy with what they’re doing now: heads would roll.

In real life, Baca, then a deputy sheriff in New Mexico, won his reputation for “nine lives” when he was surrounded by a gang of bad guys after taking shelter in a rather small adobe building reminiscent of the old Stelton Hotel here in the heart of Jersey. They couldn’t persuade him to come out and get shot, and whenever they tried to rush the building, he made them pay for it. So they hunkered down and fired 4,000 rounds (!) at the place (yes, somebody actually counted the bullet holes), and not one of them hit Elfego Baca. That’s why someone counted the holes–the man’s survival seemed a miracle.

Anyway, here’s the theme song–and I don’t know who these performers were, but they were pretty good.

In 1883 Carlo Collodi published The Adventures of Pinocchio, the tell-all book sensation which, in Chapter Four, described Pinocchio’s murder of his well-intentioned mentor, the “Talking-cricket”–better known by the name Disney gave him: Jiminy Cricket.

Eyewitless News has tracked down the real Pinocchio, Mr. Vincenzo Anthony Pinocchio of The Bronx, NY. Did this man, who still occasionally reverts to being a wooden puppet, murder a beloved cultural icon?

As Collodi told it, Pinocchio, unable to tolerate any more of the cricket’s good advice, snatched up a wooden hammer and threw it, striking his victim in the head and killing him, “and then he remained dried up and flattened against the wall.”

“Collodi put that in and Disney took it out, because it wasn’t true,” Mr. Pinocchio told crack investigator Harry Hootch. “I never hurt Jiminy Cricket. He died of old age in 1908.”

The Eyewitless News team went to the village in Italy where Carlo Collodi first heard the story of Pinocchio. And there the official records tell another story.

A cricket, not named, was found dead in the home of Pinocchio and the old wood-carver, Gepetto, in 1879. Police judged the death suspicious, and brought the body to the morgue. There something unexpected happened.

As summarized in the official report, the coroner “then threw a tantrum, he started banging his fist all over, and yelling, ‘I will not do no autopsy on no _______ing insect!’ The body of the victim lay untouched in the morgue for two days and nights, and then disappeared. Asked to explain this disappearance, the coroner would only say, ‘Talk to the _____ing janitor.'”

According to our trusted sources, Walt Disney personally intervened to cover up the murder of Jiminy Cricket by Pinocchio. And for going on 70 years, that cover-up has been successful.

UP NEXT: Hillary Clinton is innocent! 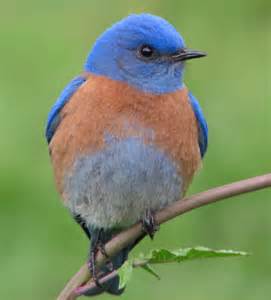 Sorry, but the story below is revolting enough without me illustrating it. Here’s a picture of a bluebird, instead. God’s stuff is still beautiful; but our stuff stinks, these days.

When they’re not serving toddlers up to alligators at their Disney World resort, the Disney Corp is still busily doing everything it can think of doing to kill our culture.

The latest will be a new feature-length animation movie, Finding Dory, which will introduce an audience of children to a lovable transgender sting ray ( http://www.breitbart.com/big-hollywood/2016/06/14/ellen-degeneres-says-disneys-finding-dory-features-transgender-stingray/ ).

If Walt Disney were alive today, let me tell you–heads would roll.

But isn’t that just as cute as can be? Let’s teach our kids that not only is it just adorable to declare yourself transgender–it’s also a fantastic way to get praise and attention! And when you’ve been dumped into day care shortly after birth, and kept in institutions called “schools” all your life, you are just dying for attention and will do anything to get it.

So, yeah, folks, go ahead, send your children off to see this latest abomination. It’s a way of training them to live in a certain kind of world.

I’m feeling good right now, so, why not?

How young Fess Parker looks in that picture!

Here’s one thing you should remember about the real David Crockett.

When he was elected to the House of Representatives, he thought he’d died and gone to heaven. He loved being a Congressman–the campaigning, the speechifying, being in on important public business: not bad at all for a man born into poverty on the wild frontier.

And yet, when it would have been the easiest thing in the world for him to go along with his president (Andrew Jackson), his political party, and popular opinion, Rep Crockett absolutely refused to support the president’s “Indian removal” policy–that is, forcibly evicting the Native Americans from their lands. He opposed it because it was unjust and wrong. Knowing it would cost him his beloved political career, and that his opposition was futile, he opposed it nevertheless, and swore he would oppose it even if he were the only man in America to stand against it. And that was the end of David Crockett, Congressman. When he ran for re-election, he was creamed.

No one ever heard him say he wished he’d saved himself by voting for a wicked policy that was bound to go forward no matter what he did.