Has it really been seven years? I wonder when was the last time I watched the Super Bowl. Sometime last century, I guess. I think the Bears were in it.

Things I’d Rather Watch Than the Stupid Bowl

We’re fixing to watch The Black Rose today, a movie which Patty saw very many years ago and I don’t think I’ve ever seen. But first I’ve got to see if Violet Crepuscular has another chapter of Oy, Rodney for us.

Hey, there’s a thought! Oy, Rodney vs. the Super Bowl!

“My cliches are better than yours!”

This story is too disgusting to be illustrated in the normal way. So here is a bluebird in her nest instead.

You do know, don’t you, that the NFL Players Assn., with the tacit support of the league itself, despises your country and thinks it’s a stinking racist hell-hole? You haven’t already forgotten all that “take a knee” posturing, have you?

Well, okay–they have more, as it turns out!

The Fox Network–can you say “fake conservative, conserving nothing”?–having rejected a pro-life ad for their Stupor Bowl broadcast, plans to run another ad featuring… well, of course you knew this was coming–drag queens! I mean, what’s a family viewing event without a little soupcon of intense perversion?

They kick you in the face and you ask for more.

If our culture somehow survives and recovers from this era, it will be no thanks to our nooze and “entertainment” industry.

May the sovereign word of God confront and crush them. 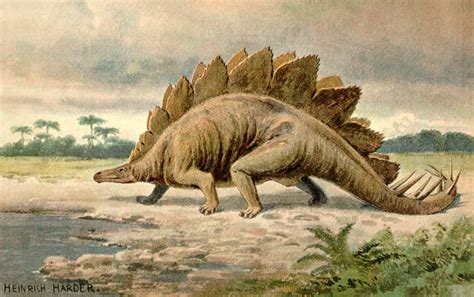 Stegosaurus was cool, really cool–but he ain’t around no more. Don’t let this happen to your favorite blog!

Looming up this weekend is the National Felons League Sooper Bowl, which needs to be competed with. We are a small part of that competition. I offer no commercials, no half-time show, and no jidrools protesting the country that pays them millions of dollars for playing a game that a lot of us would be perfectly willing to play for free.

So… don’t forget to drop by this weekend–and invite your friends and family, too. The more, the merrier!

So far the National Football League has not announced a flag-burning to be included in the Super Bowl halftime show, but that doesn’t mean there won’t be one. And probably no gutsy Fedex guy to stop it, as in the video above.

Folks, I don’t know what more the NFL can do to convince you that they’re not on your side. Before the season even started, the NFL was standing tall for transgenderism and threatening to pull big games from states where they didn’t allow grown men to follow little girls into the bathroom.

Then the NFL sided with zillionaire “protesters” who wouldn’t stand for the National Anthem, I guess to protest the injustice of them being forced to play pro football for a living when they could otherwise be serving up Big Macs.

And now the NFL says they won’t “limit” halftime star Lady Gaga in anything she might say about America’s new president–chosen by the American people over Lady Gaga’s candidate, Cruella Devill.

So a flag-burning doesn’t look like it’d be any big deal for them.

Why do we support this sports league that refuses to support us, that predictably takes sides with the culture-killers every chance they get? The NFL’s TV ratings are way down this year: good, it shows we still have some self-respect.

The only thing better than seeing this year’s Stupid Bowl tank in the ratings would be to hear the crowd at the stadium drown out Lady Gaga with their booing.

Are you tired of multimillionaire celebrities whining about how oppressed they are?

Well, if you’re not, you’ll enjoy the Super Bowl halftime show today, during which oppressed zillionaire superstar Beyonce will perform what has been described as “a racially charged” music video ( http://variety.com/2016/music/news/beyonce-formation-music-video-1201699214/ ).

The video will feature a police car being sunk into some body of water, and a wall spray-painted with the message, “Stop Shooting Us.” Because, as you know, white policemen make a habit of gunning down poor black males for no reason whatsoever and always get away with it because of White Privilege.

In fact, the overwhelming majority of “Us” who get murdered, get murdered by “Us.” Not by policemen. This is a fact. There are people who are not afraid to state it. But they don’t get to put on Super Bowl halftime shows.

Hey! Wouldn’t it be absolutely cool if Beyonce set off a race riot at the Super Bowl? I don’t know–is that what she wants? Because liberals sure do give the impression that that’s exactly what they want.

Our Lord blesses peacemakers. How do you suppose He feels about persons who go far out of their way to un-make the peace?

Turn it off, folks; turn it off. There’s got to be something better to do than watching this garbage.