I like to re-run this post from time to time–because it’s one of the most popular posts I’ve had here, and because the rediscovery of the Kuwait River played an important part in restoring my own faith.

The Lost River of Eden

The Kuwait River disappeared no later than 2,000 B.C.–and yet there it is in Genesis. It wasn’t until satellite photography became available that science rediscovered this once-mighty river.

The Bible authentically preserves knowledge that would otherwise be lost. It is not a bunch of stories made up by Jewish priests to wile away their time as exiles in Babylon.

The Bible is true. Period.

It’s hard to find “Biblical scholars” (LOL) who believe the Bible. These same people would object to Darwinism being taught by Young Earth Creationists. I think it’s because they’re just not very nice people.

I have been writing fiction, and reading it assiduously, all my life–unlike some “scholar” at a bonzo seminary who needs to get out more often. I’m here to tell you, as a fiction writer conversant with the history of fiction, that the Bible is non-fiction. The Bible is truth. Because the techniques of fiction needed to create a Bible were never even thought of until the 19th century–and can you think of any “Bible equivalent” that has stood the test of time? How many fake “Bibles” have been written, and passed unnoticed into oblivion?

The real Bible–the one dictated by the Holy Spirit over thousands of years–lives on. And it will never pass away. In Damascus the governor under Aretas the king kept the city of the Damascenes with a garrison, desirous to apprehend me: and through a window in a basket was I let down by the wall, and escaped his hands.     St. Paul, 2 Corinthians 11:32-33

In one of my earliest years in Sunday school–I think I might have been seven years old, or possibly six–our teacher used to teach from a printed handout that we could take home with us, a different one each week. Each one was illustrated with a large, color picture of the Bible story described in the lesson. I don’t remember being able to read these: the teacher or a family member (usually my Uncle Bernie) had to read it to me.

But I remember some of those pictures as if I’d only seen them yesterday. Remembered them for all this time. I guess you’d have to say they were an effective teaching tool.

Among the lessons I remember best was Paul’s escape from Damascus, after they were going to arrest him for preaching the Gospel there: how all the gates of the city were watched, so the disciples helped him get over the wall by letting him down in a basket. Probably a laundry basket.

No Greek or Roman historian would have recorded such a thing. It was undignified! What kind of hero has to escape his enemies in a basket? And if it did happen, the sooner it could be forgotten, the better.

But the Bible is true.

Do you honestly think this story of the basket would be in there, if it wasn’t true? Was that any way to pump up the stature of the leaders of the early church? “Wow, I wanna join! When the cops came for the leader, he got away in a laundry basket!” Yeah, right.  You couldn’t tell that story in a presidential campaign, unless you were telling it about your opponent.

Think about that. If you read the Bible and are familiar with its content, you’ll run out of time before you run out of examples. 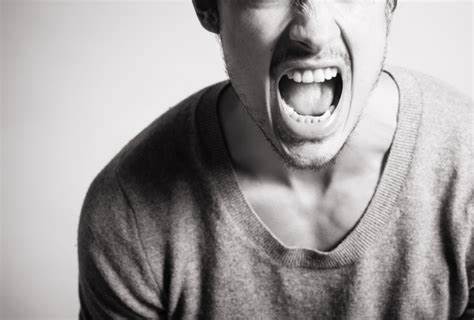 Leftids think everyone is stupid. They think we can’t see through clumsy tricks like this.

If Jesus Christ is not the Lord and Savior, if He was only a nice guy who had some eccentric ideas, once upon a time–if He even existed at all–why do they rage against Him so? Why do they want to strip people of their livelihoods for believing in Noah’s Flood? I mean, you see what happens to their faces…

Heck, I get exasperated when they spout their fairy tales of Man-Made Climbit Change: but that’s mostly because they want to use it as an excuse to tell other people what to do.

They need new writers. Their old ones are out of ideas.