More and more, I’m coming to believe that the crazy public policies imposed on us by Far Left Crazy politicians are purposely intended to bring the country down.

I mean, they totally ignore all warnings, all hazards, don’t they? No matter how insane it is, just bring it on!

Why would they want to collapse our civilization? Two reasons I can think of.

To rebuild some half-assed utopia on the ruins.

To give themselves an excuse to “restore order” by setting up a totalitarian state with themselves in charge.

Those are evil reasons, and we are living in an evil age.

Is This Poll for Real? 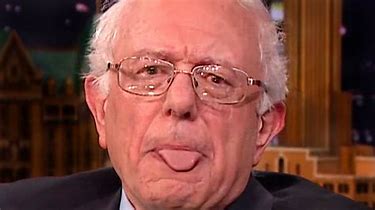 The answer to the headline question is, “Probably not.” The last time we heard from NBC Nooze, they were insisting it’d be illegal to vote for Donald Trump. And the Wall Street Journal is well known for its embrace of illegal aliens as a source of cheap labor. So put ’em together in an NBC/Wall Street Journal poll, and you don’t exactly have credibility a la mode.

But for what it’s worth, a new NBC/WSJ poll finds “socialism” the most unappealing quality in a presidential candidate (https://www.foxnews.com/politics/socialist-unpopular-quality-presidential-candidate-poll-finds). Indeed, 67% of respondents said they were “very uncomfortable” with a socialist running for president.

And yet Bernie is now the clear front-runner in the race to see which idiot gets the Democrat presidential nomination; and his loyal Bernie Bros have pledged riots and arson if the Democrat National Committee screws him out of it again, as they did in 2016. This is sort of an experiment: riots and arson as planks in the platform.

Thing is, the Democrat establishment is beaucoup uncomfortable with Bernie’s baldly stated socialism. They very much prefer the kind of socialism that you suddenly find surrounding you when you wake up in the morning, and you have no idea how it got there. You’re sure it wasn’t there when you went to bed that night.

Bernie is not stealth socialism. His followers aren’t bashful about recommending gulags for anyone who didn’t vote for their guy. Or anyone who doesn’t jump high enough when they say “Jump!” Even other Democrats have objected to the kind of company Bernie keeps. How awful do you have to be before another Democrat notices?

Meanwhile–here’s where the Wall Street Journal part comes in–47% of respondents are “very uncomfortable” with President Donald Trump on the ballot.

This really is a lot of bilge, isn’t it?