Abgayle graces the cover of The Throne

Let’s face it. Half the fun of writing fiction is coming up with characters. But where do those characters come from?

Where Do My Characters Come From?

Some of them, I dream of. I dreamed of Gurun and put her in The Last Banquet. Other characters come in because there’s a job in the plot that must be filled.

But however you come by them, write your characters as if they were real persons–not just stage props to make your protagonist look good. Using “minor” characters as props for the hero is as good a way as I know to write a book that sucks.

Look at it this way: are you a minor character?

When I wrote The Throne (No. 9 in the Bell Mountain series) the whole ending of the story flashed into my head in the time it took to climb two steps.

And Suddenly It Hits Me…

You wouldn’t think there’d be a lot of excitement in writing a novel. Like, you’re just sitting there, writing. But that’s only on the outside. On the inside, you’re living the story. Seeing, hearing, feeling, being.

It’s the only way to make it come alive for your readers.

Well, I got my latest quarterly book sales figures yesterday. The good news is The Throne (No. 9 in the Bell Mountain series) sold in double figures. The bad news is, the other nine titles sold very little.

Not that I’m trying or expecting to get rich; but books that aren’t sold, aren’t read; and books that don’t get read, can’t bear fruit.

The problem, of course, is that few people know my books exist. The publisher can’t afford a proper advertising campaign. Neither can I. So we can’t get the word out. I need a captive celebrity. Any volunteers? Anybody know David Limbaugh well enough to send him a copy of Bell Mountain? (Yeah, I know he’s not a big celebrity; but he is a Christian one, and I esteem his work.) Anybody got $200 million to make a Bell Mountain movie? Anybody out there with a sky-writing plane?

Ah, what the heck, I can always use reviews. Here’s a new one by Forrest Schultz, covering The Temple and The Throne, Books No. 8 and 9 in my Bell Mountain series. I don’t think my character, Ysbott the Snake, made a hit with him, but then Ysbott rubs a lot of people the wrong way. He’s a villain and an idiot, so he’s supposed to do that.

My stats page tells me I have a lot of new viewers on this blog; and I would be surprised if many of them were aware that I have novels out there, too.

Look at that beautiful cover, up there, by Kirk DouPonce! The Throne is Book No. 9 in my Bell Mountain series, all of which are available through amazon.com or directly from the publisher at http://www.chalcedon.edu/store.com/ .

Mostly of you never heard of these, but you can find out about all nine novels in the series simply by clicking “Books” at the top of the page. Artwork, cover blurbs, and sample chapters–it’s all there.

Book No. 10, The Silver Trumpet, is currently in production. Meanwhile I’m writing No. 11, The Temptation. But for the time being, there are nine of them out there to get you started.

Take the plunge! Buy one! It’s cheaper than a movie! 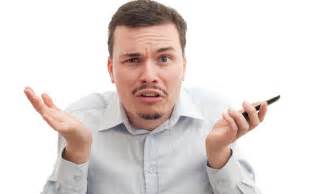 By all indications I can discover, this blog is properly connected to Facebook. But now I’m on my third day with no referrals from Facebook–a loss of 10 to 20% of my traffic.

Even my webmaster couldn’t find anything wrong, and I was sure that if anyone would know how to straighten it out, she would.

We were on our way to a record month here, before this happened.

P.S.–Some good news, at least: the Kindle edition of The Throne (Book 9 of my Bell Mountain series) came out like gangbusters yesterday and is still in amazon.com’s Top 100 Science Fiction books this morning, even though it isn’t science fiction. Not bad for a crotchety elderly man who doesn’t know anything about fantasy.

Well, here it is–The Throne in Kindle format. So much for shipping costs!

In fact, I think it’s free if you’ve got Kindle Unlimited. I don’t, so please don’t ask me how that works. I still can’t even get back my Facebook referrals.

Anyway, all the Bell Mountain characters, except for the few I’ve had to kill off in earlier books, are present and accounted for–Jack and Ellayne, King Ryons, Wytt, Helki the Rod, Ysbott the Snake, Lord Chutt, Martis, Fnaa and all the rest–along with some new ones whom I hope you’ll enjoy reading about. I enjoyed writing about them. Yergen, the toughest man in Obann City. Bassas, commanding Lord Chutt’s Wallekki bodyguard while trying to salvage his honor. You get the idea.

And…who’s going to be the first to submit an amazon.com Customer Review for this baby? I hope it’s a good one!

Spring is coming, and I want to be ready to start writing another book as soon as God gives me something to start with. To that end, I’ve just read The Throne and am now reading The Silver Trumpet, which I wrote last year–the tenth book of my Bell Mountain series. Whatever comes next, I left some matters in Trumpet which will need to be addressed.

By now I’ve had thirteen novels published, including my four horror novels from long ago, and I’ve picked up some tricks of the trade, learning them the old-fashioned way, by experience. I know some of you out there want to try your hands at writing novels, so here are a couple of tips.

*If whatever you happen to be writing seems tiresome to you, it will be tiresome to the reader, too. Trust me on that. If your fictional characters are getting all caught up in details, the reader will abandon them. Don’t devote a lot of space to things that aren’t interesting.

*Remember the rule of Chekhov’s Gun. The great playwright said that if there’s a gun hanging on the wall, sooner or later in the play, one of the characters will have to use it. Otherwise there’s no reason for it being there. (I learned about that, believe it or not, from studying chess: don’t line up your Rooks and Queen unless you mean to use them.)

*Don’t tell the reader a lot of things he doesn’t need to know. If a character walks into the story to say “Here are the gum boots that you ordered, madam,” then leaves and is seen and heard no more, you needn’t tell the reader anything about his kindergarten days. He’s done his job and you’re finished with him.

*I’ve said this before, but it bears repeating–don’t insult the reader by editorializing about the characters. If a character is a villain, you needn’t call him a villain. If he says and does villainous things, the reader won’t need you to tell him that this character’s a villain. I call this “the Lovable Sheepdog Rule,” after a wretched novel in which a certain sheepdog never appeared without the adjective “lovable.” This did not make the sheepdog lovable to me, the reader. It made me want to call the dog-catcher.

If you observe these rules in your own writing, you’ll run much less risk of creating something boring. Readers who are not part of a captive audience–say, a class of high school kids–have a very low boredom threshold. And a writer does well to remember that.

Right down to the wire last night, folks–and just under the wire with the final comment of 2016, we have a winner–Savannah Z. Very nicely timed!

So, Savannah, you’ve won an autographed copy of The Throne, which I will send you as soon as I get my author’s copies sometime this month. In the meantime, I’ll need your mailing address. Email it to me at leeduigon@verizon.net. Or you can post it in a comment and hope I remember to delete that post before people start sending you encyclopedias that you don’t really want to buy.

Thanks for playing, everybody!