Hot on the heels of its “Star-spangled Salute to Abortion,” Netflix has announced plans to develop and air American Jesus–a series about “a 12-year-old boy who suddenly discovers he’s returned as Jesus Christ. He can turn water into wine, make the crippled walk, and, perhaps, even raise the dead” (https://variety.com/2018/tv/news/netflix-american-jesus-jupiters-legacy-mark-millar-1202875133/).

It’s based on a comic book, of course. A sodding comic book.

Uh, dude! Like, there’s no reincarnation in the Bible! Which you’d know, if you’d ever read it. The real Bible, not the comic book.

Trifling with holy things is dangerous. Your immortal soul can get into real trouble. Our souls are already in deep trouble, and we need Jesus Christ Our Lord to get them out. But then if you don’t know you’re drowning, you probably don’t know you need a life preserver.

Thou shalt not take the name of the Lord thy God in vain.

Why does simply not having Netflix in my home make me feel like I’ve done at least one thing right?

This item is still just as appalling as it was two years ago. But at least the comments include a hymn request from Laura which I’ll treat as if it just came in this morning.

Take particular note of what this horse’s ass was saying. Let us pray that somewhere in this country there are churches where he’d be booed off the pulpit and physically thrown out of the building. 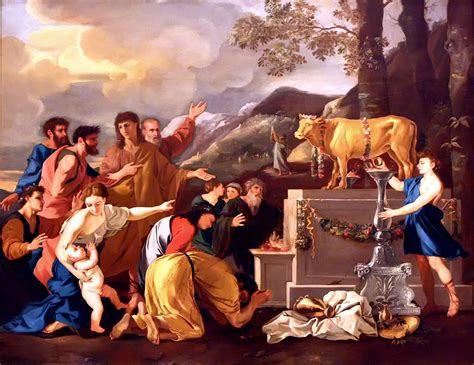 This weekend, Easter egg hunts at Orange, Connecticut, and Proctor, Vermont, turned ugly, very ugly, as parents jumped the starting signal and raced onto the fields to scarf up all the eggs ( http://www.msn.com/en-us/news/us/pushy-parents-create-mess-at-easter-egg-hunts/ar-BBqZPIR?ocid=ansmsnnews11 ). The scene in Proctor was a near-riot which had to be broken up by police.

Last year they had an even bigger fiasco in Sacramento, California, as parents trampled and cursed at small children in what was intended to be the world’s biggest Easter egg hunt.

So our culture’s all right, is it? Nothing wrong here?

I can’t even imagine my father or my mother behaving like that–or any other adult I knew in my childhood, either. The whole community would have been appalled, and the offender packed off somewhere where he could never trouble us again.

And let us not forget that the whole affair was blasphemous. Easter is the day we proclaim the resurrection of Our Lord Jesus Christ, the Son of God and Redeemer of us all.

But then I doubt very, very much that that would ever have occurred to any of these post-Christian parents.

I wouldn’t blame you for thinking I made this up, but apparently it’s true.

At a political rally for Hillary Clinton a few days ago at Portsmouth, New Hampshire, a group calling itself “Voices from the Heart” performed a hymn for the Democrat candidate: “Woke Up This Morning (With My Mind on Jesus).” Only for Jesus they sang “Hillary.” ( http://www.theamericanmirror.com/divine-hillary-replaces-jesus-in-campaign-rally-song/ )

Mrs. Clinton did not try to stop them. Indeed, she was tickled pink.

In Acts 14:6-18, when Paul and Barnabas visited the pagan city of Lystra, and Paul miraculously healed a lame man, the people concluded that Paul and Barnabas were the Roman gods, Mercury and Jupiter, paying a visit to the earth. The two apostles, appalled, rushed into the crowd and pleaded with them not to fall into such a grievous error.

They didn’t smirk and say “Oh, thank you!”

As you read this, county clerk Kim Davis is in jail in Kentucky–just as if she’d robbed a liquor store, or mugged someone–for the “crime” of not issuing marriage certificates to homosexual “couples.” Somehow it became a crime to obey God.

But then who is God?

And who needs Him, if you’re going to wake up in the morning with your mind stayed on Hillary? It’s not the first time some cheap Democrat big shot stood by and smirked as his toadies presented him as God.

This is okay, but obeying the real God, who made the heavens and the earth, is not okay.

Go ahead, folks–see if Hillary can keep you out of Hell.