Yesterday we looked at a review of an appallingly bad fantasy novel pitched to children.

Today’s mouldering pile of rubbish was marketed to adults.

Question! When in America did “mainstream” come to mean “completely outside the Christian world-view,” and how did we ever allow that to happen?

Christian fiction author T. Davis Bunn, with a string of best-sellers on his resume, decided a few years ago to write “a wholly secular fantasy”, Emissary, under the pseudonym of Thomas Locke; and a major Christian publisher decided to publish it.

Emissary contained every fantasy cliche known to man; it was a veritable thesaurus of cliches. Why in the world do fantasy writers do this??? I mean, it’s “fantasy,” right–and that means it’s supposed to be imaginative. Like, what is the freakin’ point of a thoroughly unimaginative fantasy? Why bother to write it? Why bother to read it? If you’re an experienced fantasy reader, you’ll already know precisely what sort of characters will appear in the story, you’ll know exactly what they’ll say and do on any occasion, and the only surprise you’ll ever get is if you drop the book and fall out of your chair trying to pick it up. If you even bother.

Also, many of these fantasy cliches, in addition to their thorough predictability, are basically pagan–not “Christian” in any sense of the word. Why did Mr. Bunn waste his talents on such bilge?

Fantasy matters because it has access to regions of the heart and mind not easily explored by other kinds of stories. It matters because it ought to be included in Christ’s Kingdom and put at the service of that kingdom, not reserved as a province of neo-paganism.

And I wonder if Mr. Bunn just stopped caring about such things. 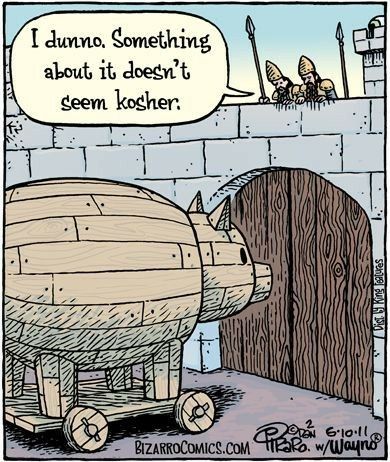 What makes “Christian fiction” Christian? Is it just a convenient marketing term, or does it have a real meaning?

Are We Really Talking ‘Christian Fiction’?

You’ll be interested in the comments by Nadine and Unknowable.

BTW, getting a super-early start hasn’t helped me in the least. Neither have key words. I’m not going to bother with them anymore.

It was all I could do to crank out two and a half pages today. Holy moly, it’s hot! But if I try to write indoors, I’ll be interrupted again and again by nuisance phone calls.

In writing a continuing series, each new book has to pick up where the previous book left off. Can’t expect the reader to remember! It’s hard enough for me to remember. I have to revisit the last manuscript again and again, lest I forget where I put the various characters and why I put them there. Only then can I launch into the next story.

I don’t have a title yet, and that’s a handicap. I’m working on a book that will have two different climaxes. One is already in the bag, and I thank the Lord for that. But the other is still up in the air. The title will somehow have to link the two together. I pray it’ll soon pop into my head.

I do wish it was about ten degrees cooler! 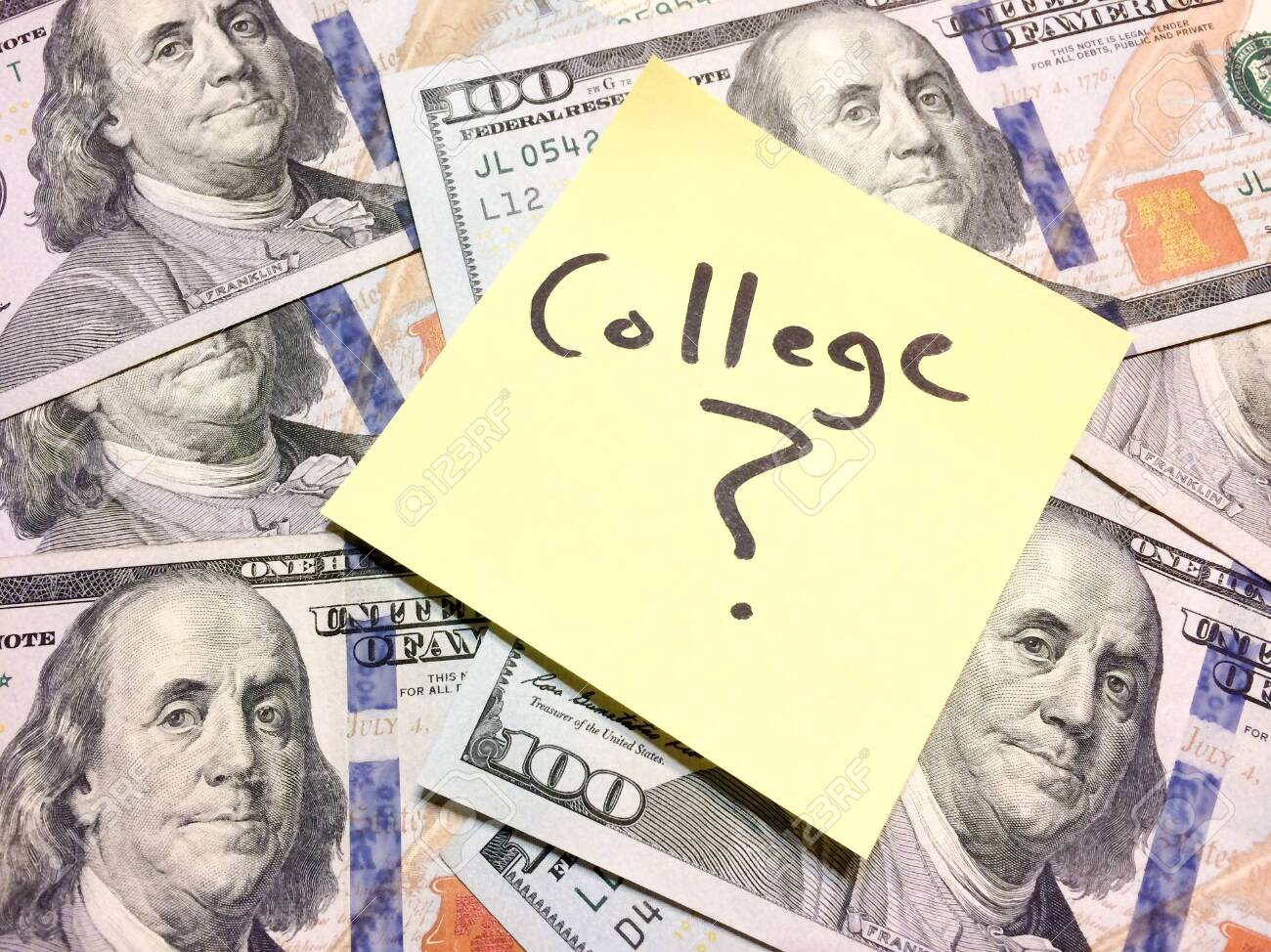 Speaking of “Christian fiction,” I’ve decided to revisit one of the weirdest novels I’ve ever read in my life–Heaven Breaks In, by Nicholas Cappas.

All the action in the story takes place on a college campus. What planet it’s on, that’s what mystified me. This college is remarkable for its total lack of sex and drugs, protest movements, Far Left Crazy… It resembles a 1950s sitcom episode. I mean, really, what kind of college is this? How did it get to be immune to all the loony schiff going on at all the other colleges?

The students are weird, too. They all have gobs and gobs of spending money–which they spend on meals at posh restaurants. And clothes. What kind of 19-year-old male, who has a thousand bucks to spend, makes a beeline for the upscale men’s clothing store?

And then comes the crisis! Spring break is here. Does the protagonist go on a glamorous trip to the Bahamas with his friends, or a glamorous missionary trip to Kenya with his other friends?

Did you ever have to make that choice?

The preachy weirdness of this novel wows me more now than it did four years ago. In it, the angels are worried about saving this kid’s soul. From what? From football? How hard can it be to save a soul in an environment that’d be the envy of any monastery?

“Christian fiction” has to do better than this. Much, much better!

We want Christian fiction–if there is even such a thing. Maybe we should be talking about “fiction written by Christians which just naturally displays a Christian sensibility.”

Does It Matter If ‘Christian Fiction’ Is Badly Written?

Calling any kind of work of art–stories, music, architecture, painting–“Christian” doesn’t make it so. And if it’s of inferior quality, that’s worse than no “Christian” art at all.

Too much culture ground has been surrendered to the ungodly–way too much. I don’t see how any rational person could deny it. We need Christian fiction. Just like we need Christian music, TV shows produced and written by Christians, Christian men and women in government, Christian schools and universities… Good grief, what were we thinking when we turned all of that over to the antichrists? It looks as fully appalling as any secular romance, doesn’t it?

Once upon a time it was hideously expensive to publish your own books. So there were vanity presses that would do it for you, it you paid them an exorbitant fee. But technology has changed all that, and made self-publishing much easier and less costly.

But for the qualifier “Christian” to alert the reader that the book will be inferior to its secular equivalent–well, we have to work to change that, we really do. The America I grew up in was a Christian America–but its movies, TV, and books were already heavily non-Christian. Looking back on it, I wonder why that was. It surely has a lot to do with the way America is now.

I don’t remember any such thing, back then, as “Christian fiction.”

Maybe if we hadn’t cut the Christian religious dimension out of our fictional worlds back then, we wouldn’t need a special category for “Christian fiction” now. I am sure no one noticed it back then–although if anyone did, and had the courage to speak up about it, it doesn’t seem like anyone was listening. 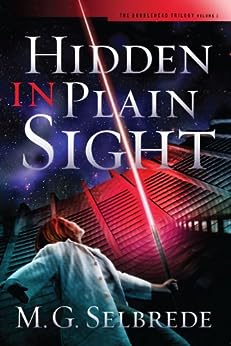 In 2013 Chalcedon’s vice-president, Martin Selbrede, explained our move into fiction–after a long history of publishing works on theology and Christian analysis of society and culture.

As exemplified by Our Lord Jesus Christ’s parables, fiction is “a vehicle for conveying ideas” and showing how Christian principles play out in real life, often accompanied by spiritual and personal conflict: “If there is no friction, there is no fiction,” Martin says, and he’s right. And that, of course, is the difference between a story and a sermon.

“We waited 45 years before we turned to fiction,” so as to lay a strong theological foundation for everything published by Chalcedon. We didn’t want mediocre fiction built on weak theology.

It was time to move into fiction, Martin says, because with fiction, “You can suddenly get people thinking.”

Martin has written a Christian novel, Hidden in Plain Sight, which explores the nature of reality; and we also have my Bell Mountain fantasy novels, with ten of them in print so far and No. 11, The Temptation, just about ready for publication.

Well, if you’ve ever wondered why a Christian educational foundation decided to publish fiction, this will explain it for you.

As promised, here’s my book review of Nicholas by Michael J. Scott.

This might be the most satisfying book I’ve read all year (not counting old favorites that I read again and again). It’s Christian and Biblical through and through, and would make a great Christmas present for someone you love–or even a present to yourself.

But what am I sitting here gassing about? Click the review!

It seems that when we use that label–the fiction, not the peanut butter–we’re talking about two different things: fiction pitched to a predominantly Christian audience, and fiction written for a Christian purpose.

We don’t want to spread our art so thin that it has no depth, any more than we want to focus so narrowly on a Christian audience–if such a thing actually exists–that we freeze out everybody else. “You really can’t enjoy this book unless you’re a Christian” is not a principle that holds much appeal for me.

If a book is sappy, it’s sappy whether it’s “Christian fiction” or not: it’s sappy.

What about fiction written for a Christian purpose? Well, what would be a Christian purpose? Several spring to mind. Reclaiming cultural ground for Christ’s Kingdom by competing successfully with secular products: and maybe even pushing some of the truly nasty stuff right off the shelves. Introducing readers, who might not have any Christian background, to Christian themes and habits of thought: sort of breaking ground for the Gospel. Exposing dangers and faults in some aspects of the culture that most readers just take for granted, never thinking about it anymore, when really they should be. Thinking about it hard.

“Unknowable” once made a telling remark about a certain kind of “Christian music”–the kind that takes out “baby” and plugs in “Jesus” but otherwise doesn’t change anything: it remains the same old secular stuff, with slightly different words. He put his finger on exactly what I mean.

Let’s compete and let’s win–not by out-heroding Herod, but by offering something better. Much better!

And yes, I do know great secular fiction when I see it, and I try to learn from it, so that such art as I have can more effectively serve Christ’s Kingdom. Besides, who do you think gave those great secular writers their talent?