They haven’t even taken office yet, but Virginia’s new Democrat legislature has already cooked up a new “law” that would virtually outlaw all forms of self-defense. But don’t take my word for it: here’s the text, read it for yourself.

This monstrosity, SB64, to be offered for a vote on Jan. 8, will brand all forms of self-defense instruction “unlawful paramilitary activity” and prohibit, and class as a felony, “any… technique capable of causing injury or death to persons.” You won’t be allowed to “teach” or “demonstrate” it, or learn it, or practice it.

That slurping sound is muggers licking their lips.

Well, Virginia, you’ve got that Democrat legislature you wanted, live birth abortion, sanctuary cities, and all. And they have announced that they mean to strip you of any possible way of defending yourself from criminals.

I know: it sounds ridiculous, nothing this absurd could be true. But again, read the text of the bill and judge for yourself.

These people are out of their minds–and so is anyone who votes for them. 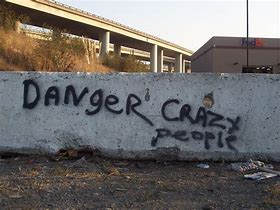 Not that any politicians were paying attention, but in Chicago this past weekend, seven people were shot to death. And this in a city famous for its multitude of gun control laws. Amazingly, criminals break laws.

If not for the bizarre case of two rogue police detectives who hired themselves out to the mob as hit men (https://themobmuseum.org/blog/mob-cops-saga-still-reverberates-10-years-after-their-life-sentences/), Goodwin said, there would have been no murders in New York City committed with legally-possessed firearms. There are, of course, hundreds of murders done in New York City; but in recent memory, except for the eight people wacked by the cops turned mob assassins, none of those murders was done with a gun in legal possession of its user.

New York City has pretty strict gun laws, too, come to think of it. For some reason gang members and professional criminals simply pay no attention to them. Somehow they always get guns.

Disarming the law-abiding population, taking away their means of self-defense, is a left-wing project, part of liberals’ scheme to grow the government. They can’t turn us into Venezuela if we’re armed.

And no, they absolutely don’t care how many people get gunned down in Chicago or Baltimore or any other Democrat urban paradise. That’s just life in a sanctuary city.

Which state would he nuke first?

In case you missed this a few weeks ago, here’s another California Democrat in Congress who let the mask of sanity slip off.

Rep. Eric Swalwell–he represents, of course, San Francisco, the human-feces-on-the-sidewalk capital of America–called for government confiscation of all rifles; and when a Tweeter told him that he and other lawful gun owners would resist, the Congressman from Ca-ca City reminded him, “We have nukes, my friend” (https://townhall.com/tipsheet/katiepavlich/2018/11/16/swalwell-gun-comments-n2536106).

Later, of course, Swalwell asserted he was only kidding about frying his country with A-bombs; but he didn’t back off his advocacy of a compulsory “buy-back,” with prison time for anyone who tried to hold on to his gun. Second Amendment be damned. Along with all the others. This is a Democrat we’re talking about.

If you voted for a Democrat in last month’s elections–shame on you! Don’t ever do it again!

Democrats used to masquerade as normal people, but after several decades of doing that, it seems the strain has become too much for them and they don’t care to keep up the pretense anymore.

Nothing much good can happen in America until this party is put out of business forever.