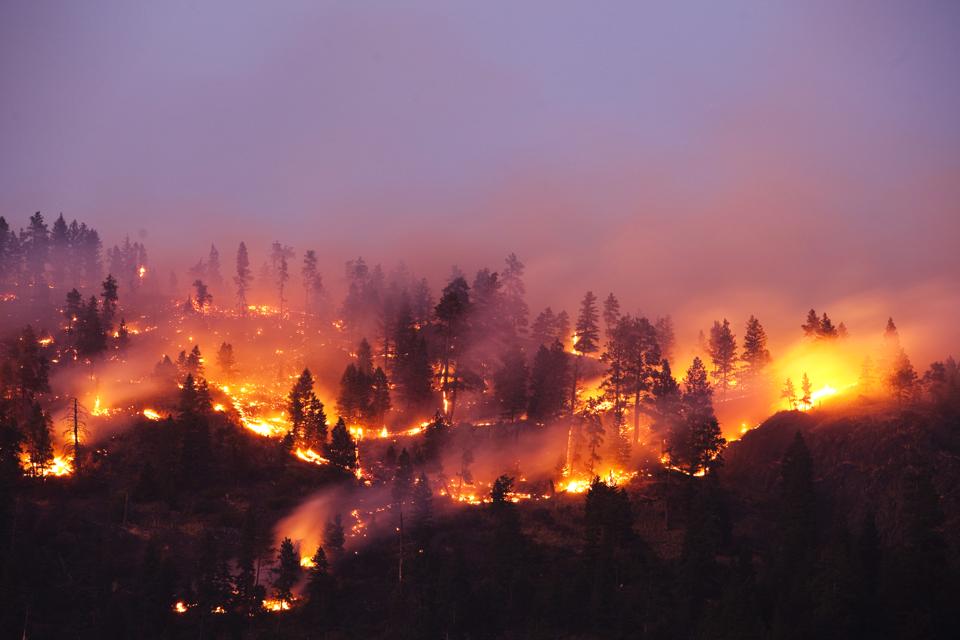 Nobody likes to see his pet apocalypse shoved out of the limelight by someone else’s pet apocalypse. COVID-19 has upstaged the Climate Change doomsayers, and now they want back in.

Inspired by the recent practice of corrupting death certificates by listing the Chinese Wuhan Death Virus as the official cause of death for almost every death, Climate Change wackos now want “climate change” listed as the cause of death on death certificates (https://www.washingtontimes.com/news/2020/may/27/activists-call-for-climate-change-to-be-listed-as-/). In addition to panicking the public into thinking powerful elites should “Do Something About Climate Change,” the purpose of doing this with the death certificates is explained: “death data must be coupled with large-scale environmental datasets so that impact assessments can be done.”

And they’ll want to know where to put the camps for climate change deniers.

How many apocalypses can center state accommodate?

But they all have one thing in common. They are all for the purpose of giving left-wing loons power over other people’s lives.

I guess it won’t be long now before grackles and collared lizards and scarlet tanagers start sporting #MeToo buttons and “Time’s Up” Tattoos. One of the first birds to wear a “Time’s Up” tattoo had one of her wings shaved to accommodate it–and wound up being a feral cat’s dinner. And the tattoo was spelled wrong, too… Back on Oct. 13 we reported the “staggering” finding that there were Muslim grave goods in a Viking burial, indicating that the Vikings were markedly influenced by Islam, yatta-yatta blah-blah (see “Scholar (LOL) Thinks Vikings May Have Been Muslims). Clue: The, ahem, scholar who announced this works for the University of Uppsala in Sweden. That’s the country whose ruling class hates their own history and is eager to hand it over, lock, stock, and barrel, to invading Muslims. So turning Vikings into Muslims would serve a political purpose.

Now an expert in Islamic art and archeology has blown those “findings” to smithereens (http://www.independent.co.uk/news/world/europe/allah-viking-burial-fabrics-false-kufic-inscription-clothes-name-woven-myth-islam-uppsala-sweden-a8003881.html), on two counts. A) The supposed “Arabic inscription” woven into the ancient textiles does not spell “Allah,” but actually spells nothing at all. B) Even if it were a genuine Arabic script, that type of script did not exist until some 500 years after those particular Vikings were supposedly buried with it. [ thanks to ECAW’sblog for the news tip.]

Aw, what does she know! We want Muslim Vikings! That way we’re not giving our country away; we’re giving it back.

Aren’t you glad there ain’t no politics in Science?

Nobody does more than Bill Nye “the Science Guy” to foster the notion that science is crap.

When he’s not campaigning for people who don’t believe his Global Warming schtick to be thrown in jail, the former PBS kids’ TV star–ooh! he has a bachelor’s degree in Mechanical Engineering!–is carrying water, now, for the transgender delusion. On his new Netflix show, Bill Nye Saves the World, this guy with a bachelor’s degree said there ain’t just two genders, male and female, but gender is “more like a kaleidoscope” (http://libertyviral.com/bill-nye-gender-ideology-guy/). Dig it–“the gender kaleidoscope.” Someone is sure to parley that into a federal grant.

In 1996, on his PBS show, Nye said “gender” was determined by chromosomes. XX chromosome=female. XY chromosome=male. No kaleidoscope. His recent remarks would appear to conflict with his former observations.

The alleged fact-checker, Snopes.com, rushed to defend him from the charge of being against the gender spectrum before he was for it. “His understanding is evolving” [extra credit for saying it “evolves”!]. And, “Nye’s understanding of sex and gender, as well as the world’s, has grown since then.” Now you know why I don’t pay a lot of attention to Snopes.

Nye says, “We have to listen to science. And the science says we’re all on a spectrum.”

“Science says.” It’s just like “Simon says.” We offer a brief translation: “I am the smartest person here, so what I say, goes for everybody. The rest of you, shut up!”

Well, hey, if a lot of angry foul-mouthed feminists can do it, Climate Change kooks can do it, too–a big fat march on Washington.

They’re organizing right now to “take a stand for science in politics” ( http://www.usatoday.com/story/news/nation-now/2017/01/26/first-women-now-scientists-march-washington/97079742/ ). So much for not politicizing science.

But of course what they’re really going to march for is Climate Change/Global Warming, which they like to call “facts with no alternatives,” and all the colossal Big Government action which that would entail. It’s just the same old Save The Planet crap–the biggest and best excuse lefties have ever come up with for their insatiable appetite for more and more power over regular people’s lives. Never mind it’s been repeatedly shown to be just fudged data and outright lies.

It cannot be denied that throughout earth’s history, local and regional climates change all the time. These are natural processes and no government, no matter how much power it grabs with both hands, can control them.

We can expect to see a lot of “marches” by a lot of left-wing losers over at least the next year or two.

Thankfully, we now have a president who has the courage and the common sense to ignore them. And we should, too.

Physicist Judith Curry, chair of the Georgia Tech School of Earth and Atmospheric Sciences, has resigned her tenured position at the university, citing “the thoroughly politicized nature of climate science” as her reason ( http://legalinsurrection.com/2017/01/georgia-tech-climatologist-resigns-over-craziness-of-politics-in-climate-change/ ).

Dig this quote from the professor’s blog: “Research and other professional activities are professionally rewarded only if they are channeled in certain directions approved by a politicized academic establishment.” She also cited the rampant “craziness” that has infected her field of study.

Toldja! Yes, we told you so! The whole business has been corrupted by fraud and political bias. “Man-made Climate Change,” formerly known as Global Warming, is nothing but a big fat crock aimed at grabbing power and money at the public’s expense.

BTW, in searching for this story, I discovered that Professor Curry is not alone. She has a lot of company: a fair number of scientists have resigned to protest the deep corruption of “climate science.”