Spiritual warfare is a hush hush term in today’s culture & society. But when our faith is tested, where do we turn? How can we fight back? #catholic #christian

Another week of following the nooze, of watching Western civilization go black around the edges, as it dies–well, it’s not much fun, watching your world be slowly poisoned. Leftism is to the human race as Round-Up is to plants.

But what is most strongly impressed on my mind is that all of these leftist “movements,” from “transgender rights” to “open borders,” all of them, are all aimed at the same goal–

To create a weird mix of moral and social chaos held down by the brute force of an all-powerful central government.

The insight is not original with me. R.J. Rushdoony hit that bull’s-eye several decades ago. It took me all this time to understand what he was telling us.

Leftist utopias, as pioneered by Stalin and updated every year by his successors in the Western Left, all aim at a world government with everything–everything!–removed that might stand between the individual and the world state.

This is war. It’s a spiritual war, but none the less a war. “Progressives” make war against our way of life. They seek to destroy the family. You can’t have stable families, in any meaningful sense of the word, if everyone is screwing everyone else. They seek to destroy the Christian religion. You can’t have Christianity, in any meaningful sense of the word, if you revolt against God’s word: even against something so basic as “Male and female created He them.” They replace science with politics, reason with politics, education with politics, always with the same end in mind–total power for themselves, total slavery for us. They break down the borders of the nations to strip us of the power to protect ourselves: to create social and economic chaos by which they mean to benefit, to acquire more power over us.

God has not yet commanded us to leave off praying for our country–so pray every day, and pray hard. Someday, He already has it marked on His calendar, He will crush His enemies, He will break them with a rod of iron and dash them in pieces like a potter’s vessel, and set Christ’s throne upon the earth. Forever. He will cast out sin and death; and Satan and friends will be tossed into the lake of fire. Forever.

Give us courage, O God. Strengthen our faith. Show us what you want us to do, and give us the power to do it. Remind us that our weapons are spiritual: prayer, and truth, and love. Faith, and hope, and charity. In Jesus’ name, Amen.

This is from a psalm sing at Christ Church–The Son of God Goes Forth to War, with band, choir, and the whole congregation.

We are authorized and exhorted to make war on spiritual wickedness: but the weapons of our warfare are spiritual, not fleshly. Believe in God. Testify for Jesus Christ. Speak the truth and never, never let the enemy compel you to speak lies. Pray harder. Sing louder. Our Lord is coming, and not all the devices of this fallen world will hold Him back.

So I’m eating my breakfast and my wife starts reading me this revolting story about Canada changing their national anthem to make it “gender neutral,” blah-blah, and I start singing to myself, O, my Sabbath rest got blown away, doo-dah, doo-dah/ I got no Sabbath rest today, O doo-dah day/ Wait another week, another rest to seek/ just listenin’ to dem lefties speak, O doo-dah day!

Maybe if I go outside and pray, I can get some of it back.

This is the song I woke up with this morning–Angels We Have Heard on High, performed by I don’t know who: I wish I could give him credit by name.

There are dark and evil forces strenuously at work in our time, and Christmas needs to work on our hearts all year round. Easter, too! Our weapons are spiritual, our shield is faith, our sword is the word of God. 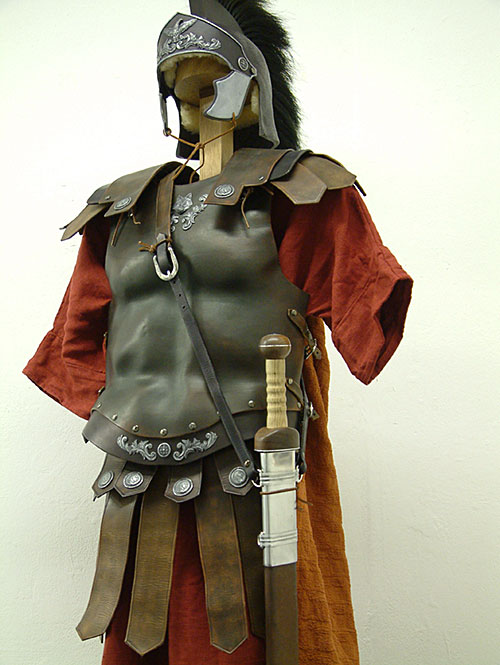 Chuck Swindoll once gave a sermon, on the radio, that I’ve never forgotten.

As an ex-Marine, he explained how important it is for a soldier to check and recheck his equipment before he goes on duty. You have to lay out all the items and make sure everything is there.

With that in mind, he went on to Ephesians 6:10-17–in which St. Paul lists the equipment that the Christian needs. I can’t find that sermon, but I can certainly find the Scripture. It bears repeating here.

Stand, therefore, 1) having your loins girt about with truth, and having on 2) the breastplate of righteousness; and your feet shod 3) with the preparation of the gospel of peace; above all, taking 4) the shield of faith, wherewith ye shall be able to quench all the fiery darts of the wicked.

And take 5) the helmet of salvation, and 6) the sword of the spirit, which is the world of God…

That’s your checklist. Have all of these assets on hand at all times: because we as servants of God, as soldiers of the King of Kings, will need them every day.

And of course the whole set is carried in a web of constant prayer, lest anything be dropped and lost.

Take a look at what we’re up against, and tell me if we dare do without any of these spiritual weapons.

Sing it loud and sing it long! This is Jonathan Lewis with Victory of the Cross.

Take it out from behind the pews and into the street, fight for the Cross of Jesus Christ–remembering at all times that our weapons are spiritual, not carnal, for pulling down the strongholds of the Enemy.

With our country being driven down by the very people who swear oaths to uphold it, how are we, as Christians, to defend it?

But we do have weapons that they can never take away from us. St. Paul told us what those weapons are.

Finally, my brethren, be strong in the Lord, and in the power of his might. Put on the whole armor of God, that ye may be able to stand against the wiles of the devil.For we wrestle not with flesh and blood, but against principalities, against powers, against the rulers of the darkness of this world, against spiritual wickedness in high places. Wherefore take unto you the whole armor of God, that you may be able to withstand in the evil day, and having done all, to stand.

And here is our armory.

Stand therefore, having your loins girt about with truth, and having on the breastplate of righteousness; and your feet shod with the preparation of the gospel of peace. Above all, taking the shield of faith, wherewith ye shall be able to quench all the fiery darts of the wicked. And take the helmet of salvation, and the sword of the Spirit, which is the word of God: praying always with all prayer and supplication in the Spirit, and watching thereunto with all perseverance and supplication for all saints… (Ephesians 6: 10-18)

Has anyone got a better idea?