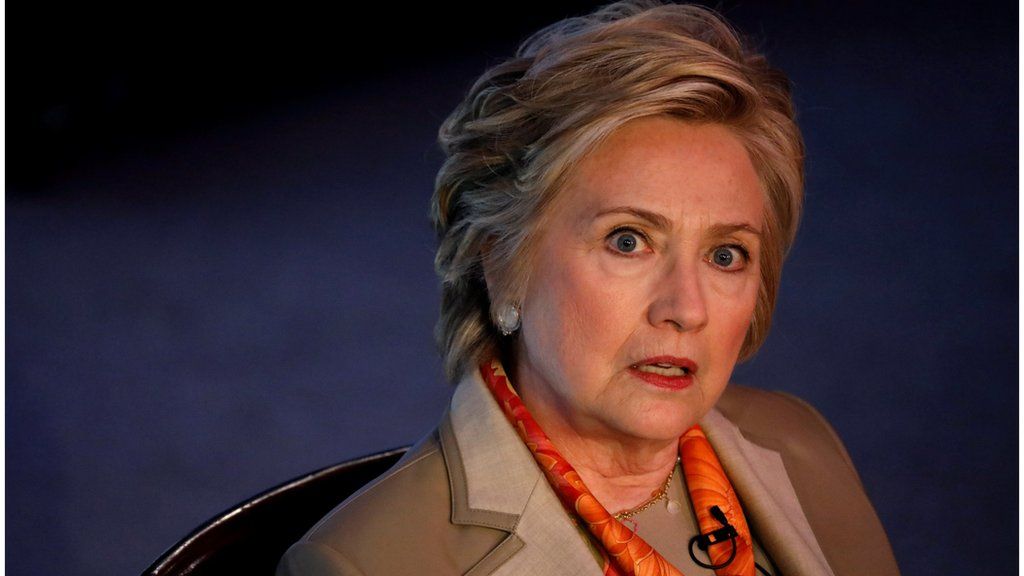 “You’re not listening to me…!”

You know you’re in dire straits when the voice of reason turns out to be Hillary Clinton.

Mrs. Clinton has warned her Democrat Party that getting all hung up on transgender mania, and banning J.K. Rowling, is going to lose them the election in 2024 (https://www.dailymail.co.uk/news/article-10932979/Hillary-Clinton-warns-Democrats-obsession-transgender-issues-cost-2024-election.html). They gotta be out there solving real problems that real people care about, she says–like inflation, insane gas prices, and high crime rates–instead of dancing to the tune of a micro-minority.

Now hold on there! I am not suggesting that Hillary is all better now. She still babbles about “losing our democracy”–doesn’t that phrase make you gnash your teeth?–and the whole country turning into The Handmaid’s Tale if Democrats don’t win. The point is that when even a nut-job like Hillary can read the writing on the wall, it’s probably time to read the writing on the wall.

Using stupidities like “persons who menstruate” and “pregnant people” as euphemisms for “women,” as if any kind of euphemism were actually necessary, is turning people off the Progressive Express, Hillary warns. She may be the world’s most unpopular woman–she has a great deal of competition for that title, but never mind–but apparently she does know BS when she sees it.

Psst! Democrats! Nominate Hillary for president in 2024 (come on, who else ya got?) and then get into a big fight with her over how hard the party’s gotta push transgender.

Guaranteed to work! I’ve got a degree in Political Science, and I endorse this caper.

I hadded to wright a Payper “for” Nothing Studdies it is abuot “The Hand-Made’s Tail” witch is awl abuot prooving that Men thay “Are” No Good and awl thay whant “to” do Is maik wimmin Pregganint!!!!!!

Expeshally Wite Men thay “are” All Bad and thay whill has To Chainge big-tyme Oar Elsse get Axpeled fromb Collidge!!! Our Stoodint Soviet we has rooled that fromb Nhow On all Wite Men thay has got to Act like Wimmin so nhow Thay! can “be” “the” hand-mades and Thay! can get Pregganint and seee How thay Luyk It!!!!!!

Thare is ownly One Thing that canfuses me and that “is” the Parrt abote “the” Tail! I lernt in Byollajy that moast hiumin beans thay hasnt Got “no” Tails!!!! thare wasnt nothing In The Boock abote anny boddy’s Tail!! i kept looking butt i coodnt Fyned it!!! and i whunder weather the arthur she maid A Miss-steak!!! But then somb boddy thay sayed “Of coarse yiu” Cant “see The Tail,, it is Under themb thare red bathroabs!!!”! i gess Iff yiu loooked Under “the” bath-roab yiu wood “See The” tail!!! but i doughnt know whoo wood Let yiu “Do” that!!!!!

We think it’s satire; but then a lot of what Democrats say and do these days looks like satire, but it isn’t.

The Georgia Legislature passed a “heartbeat law” forbidding abortions after six weeks, when the baby develops a heartbeat. Unable to prevent the legislation, Georgia Democrats–they really do hate babies–cooked up some legislation of their own: a “testicular bill of rights.” (http://en.protothema.gr/us-dems-propose-bill-requiring-men-to-call-police-before-releasing-sperm/) We think they did it as a protest, not a bill requiring serious consideration, but we could be wrong.

Here are the bill’s provisions.

*Sex without  a condom would be “aggravated assault”

*Child support to start as soon as a DNA test can confirm the baby’s father, to be administered one day after the heartbeat is detected. (Actually, that’s not a bad idea. I’d vote for it.)

*Require any man 55 or older to “immediately report to the county sheriff or local law enforcement agency” whenever he “releases sperm from his testicles.” Of course, he could get around this by releasing sperm from some other part of his body. Ugh.

To make their point, Democrats posed outside the state house wearing costumes a la “The Handmaid’s Tale,” the leftid horror fantasy about poor oppressed women forced to have babies instead of aborting them like any normal feminist would do.

Again, it seems a pretty good bet that this so-called legislation is not a serious attempt at making law, but rather intended as a take-off and a protest. But again, who can be sure? Democrats hate babies. Democrats hate men. And they’re not entirely sane. So just watch out. 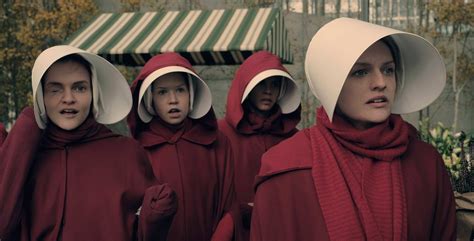 Oh man! thay shoed us a movy yeasterdday in Gender Studies 666 and it “was” caled The Hand-Made’s Tail and “it” jist blowed me aweiy!! Like i dint Know this hear stuff Was “going on” but It “is” axackly what yiu wuld Aspect fromb them No-Good christins whoo votted for Trumpt!!! i wasnt supprized at al! this is Waht is hapening in al the Red States in Fly Over contry!!

i had a promble tryin to figger Out what was Hand-Made and i “was” aslo confuzed becose i dint seee nobody “whith” a Tail but that i suposed Was jist the movy being Suttle! Maybbe it Was thare clothes that was Hand-Made,, thay looked like it!!

i dint Know them christins thay be so meen to Wimmins!! thay get the wimmins preganent agin and agin and thay dont Let them get a bortion!!! This hear is jist waht Hapens wenn Repubicans thay get Ellectid!! It wuld not be hapening if we Hadd Hillery for Pressadint and that Is becose that Trump he Collided with the Russhins!!!! it jist gose to Show yiu how bad this crumby contry needs Socile Jutstus Wirer and Auntyfa to cleen it “up”!!

So wee Are all Pumpt Up to putt a Stop “to” al This and the Prefesser she sayed we has to get it Done reel “soon” imbediantly by Trans Gendring al the Peple and makeing chritinanity aginst The Law so thay cant “Do” this to Wimmins no moar!!!