I just can’t see how anyone can observe nature and not believe in its Creator.

Behold the ocean sunfish! I was totally intrigued by this creature, when I became old enough to page through books and magazines and at least look at the pictures. It didn’t look at all like any other fish! I mean, come on–it’s like a great big head without a body.

But look at it in its natural habitat. Here it works just fine. Here it moves gracefully.

And then a platoon of little fish come along to clean the parasites off its skin!

Birds No Bigger than Bugs 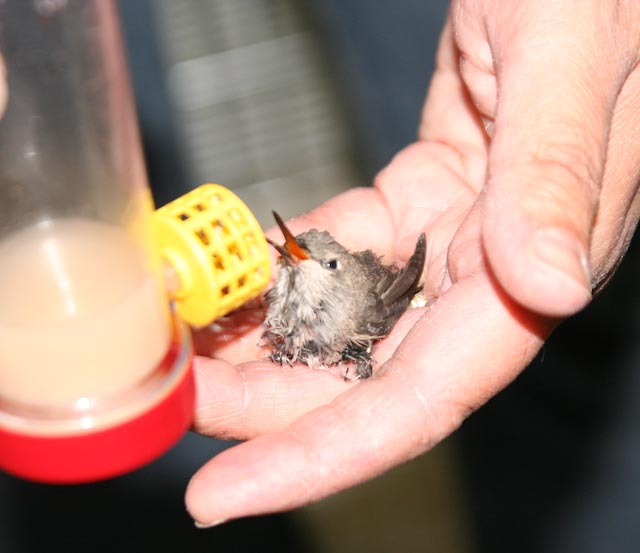 I’ve never in my life seen a real, live hummingbird–let alone a baby hummingbird. Look how tiny it is!

It’s a beautiful spring day today, sunny and cool. As I sat outside with my cigar, leafing through The Golden Treasury of Natural History, it occurred to me that I had no idea what a baby hummingbird would look like. I soon found plenty of pictures on the Internet.

As Samuel F. B. Morse once said, “What hath God wrought!” No one has ever seen it all; a lifetime of study wouldn’t suffice.

We have more than a lifetime’s worth of Creation to enjoy. 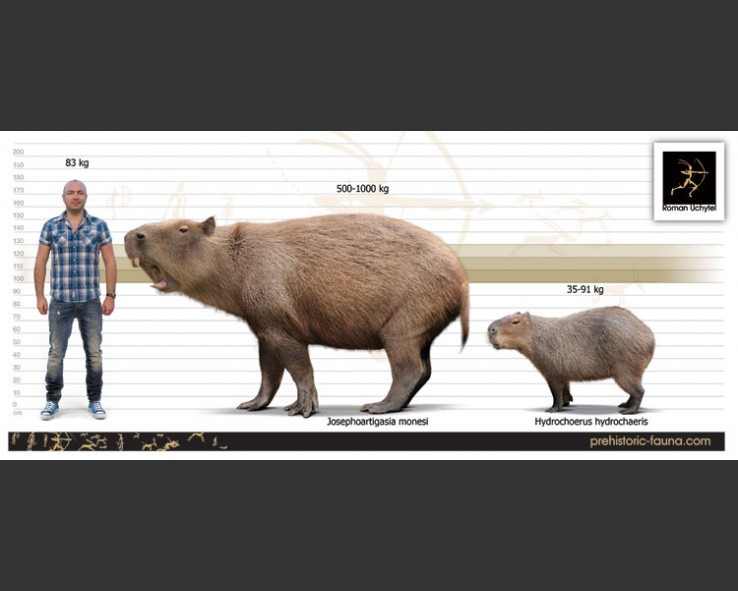 Mr. Nature here–and to this day I have never seen a luna moth. I have to settle for video.

Here’s one that got rained on and needs to dry out before it can fly again. Meanwhile, it seems perfectly content to rest on this man’s finger and have its picture taken.

God creates beauty, for His own pleasure and for ours.

This is his famous painting of Megaloceros, the “Irish Elk,” the deer with the biggest antlers ever. Best known from the Ice Age, there have always been stories of this creature surviving into historical times in Ireland. No one’s been able to prove it, or disprove it.

Ice Age people saw it, though. They hunted it, ate it, and painted its picture on the walls of caves.

This is just one of incalculably many creatures that we can’t find anymore. My own belief is that God, with the whole universe at His disposal, has put them elsewhere. Maybe someday God will let us see these animals again.

I sometimes wonder if He might have given Charles R. Knight a peek at them.

Just watch. Let peace wash over you. There will still be seahorses when the Lord regenerates His creation; but there will be a lot of other things for which no place shall anymore be found.

And I don’t think we’ll miss those things. One of my pleasures in the summer is to sit outside with a pipe, in the evening, and watch the lightning bugs. That’s something to be added to the listen of things that God thought of when He was creating the world, but which we never would have thought of, had we been creating it.

Do you even want to imagine a world created by anyone but God?

It gives me the shudders.

When it comes to creation, the Lord Our God has a lot of cards to play. He doesn’t have to confine intelligence and sensitivity to creatures who have fur, feathers, and skeletons.

Think about it. Mammals, birds, reptiles, even fish–they have a lot in common. But an octopus? No bones. No skull. Nothing cuddly about it. But an octopus does have a brain; and, by all accounts, a fairly good one. See how this octopus interacts with the human beings who rescued it from stranding. A lot of the scientists who work with octopi, I’ve read, wind up liking them–and always being fascinated by how smart they are.

God’s stuff: you can’t put a limit on His creativity.

I couldn’t find a video that quite captures what I want to write about. So imagine these horseshoe crabs, only now it’s night-time, under a glorious full moon with no other light for miles around. And the horseshoe crabs are coming into the shallow water to mate and lay their eggs.

Years and years ago, Patty and I used to go to Long Beach Island in the spring, for weekends. We liked to fish by night, along the rim of a shallow cove in Barnegat Bay. On a few of those nights, the horseshoe crabs came in, silent and graceful, with only the faintest ripple of the water in the faintest breeze. We felt as if we were seeing something God ordained before He shaped Adam out of the dust of the earth. Something, maybe, that was old in Heaven before it was ever known on earth.

It’s all gone now. They filled in the little cove and built three-story condos on top of it, and the whole place is lit by floodlights all night long. There’s no hint that the little cove ever existed. And you can’t see the starlight on the water anymore. The floodlights drown it out. Maybe there never was any starlight, either. Maybe we dreamed it.

But if we did, the dream beats the stuffing out of condos and floodlights.

Hi, Mr. Nature here, with a very rare and very impressive animal: the Japanese giant salamander. It’s related to our own America hellbender, which is a whopper in its own right: but this critter gets two or three times as big. A full-grown Japanese giant salamander is almost as big as you are. Not quite like the little redbacks you can find in your back yard!

There are also giant salamanders in China. Outside of the inevitable habitat loss and degradation, the biggest threat faced by these creatures is schmendricks who like to eat members of endangered species because it makes them feel like big shots. Whatever they have to say on Judgment Day had better be good.

All right, I know some of you get the creeps from looking at these animals. But they are part of God’s creation, they certainly do us no harm at all, they are rare and difficult to find–and they are worthy of our admiration, because they are the work of Our Creator’s hands.

I don’t know about you, but they leave me in awe of God’s vision.