Butt we has got to go throogh This evry yeer so Last nihght we hadded “a” spacial meting “of” The Stodent Soviet to maike a Lisst  of al the things we has to Stopp annyboddy from sayin “in” “a” Gratuaition Speach!!! It taked us al Niht long to doo it!! but it got to be dun Or Else yiu wil jist here a Lot of Racism and Biggitism and Trans Phobier and Bitumenism in al “themb” speaches!!!!!! Us who be on The Stodent Soviet we amn’t none of us Gradurating!!

Jist to give yiu peart of The lisst,, No Saying any religgin, no mail ore feemail Pro Nowns, no sayin the Nambs of enny Whyte Mens, nothing from no Books by Whyte Mens, –And jist to maike shoor evry Thing “it” gose alright,, we aslo maked it a Roole abuot What Yiu Has To Say In Yore Speach,; evryone whoo spekes, thay has got to Praze Divercity and Repoducty Rihghts and Socile Jutstus and thay has aslo Got “to” say Climbit Change it is reel and Donold Trumpt he is a Knotsy and Whyte Wimmim thay are no good tooo and Socile-Izzm it “is” “the” only whay!!!

So thare “are” A Lot of things no boddy thay are aloud to Say and aslo A Lot of things thay has got to say and iff thay Brake Our Rooles we “wil” Rip Up thare Dipploamers and not lett themb Graturate!!!!!!!!!

Editor’s Note: If you are as disgusted by the state of our colleges and looniversities as I am, below is a picture of something much more wholesome: a Fiji iguana. 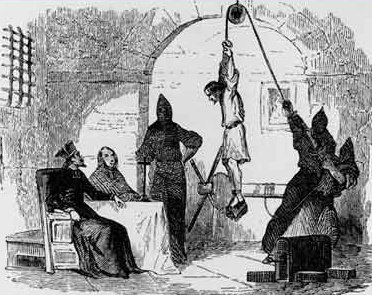 Every now and then, quite possibly by accident, tenure protects a good guy from the bad guys. This happened in 2016.

How many times have we seen “college authorities” climb down from high-handed ridiculous actions when credibly threatened with a lawsuit? They just about always do. They’re like cockroaches: shine the light on ’em, and they scuttle for cover. I have a story from a reliable source which I choose not to disclose. It’s not a unique story. It’s just like other stories that I’ve heard before, and which I expect to hear again.

A young man trying to finish his college education (LOL), as a condition of getting credit for a certain course, was compelled to write a letter in support of Planned Parenthood and send it to an elected official. Whether he can in good conscience support the abortion industry is not at issue. He has been ordered to write the letter whether he believes in it our not.

Step One of the leftid fun-plan is to forbid you from saying things. Step Two is to force you to say what they want you to say. Our colleges have fully mastered Step One and are moving on to Step Two. Canada is already there: to get a government-funded summer job, you have to say you support abortion.

The student could ask the Foundation for Individual Rights in Education (FIRE) to sue the college in defense of his right to liberty of conscience. What usually happens then is that school officials admit they “made a mistake” and take the heat off that particular student. A few hours after the lawsuit is dropped, they do it to another student.

What does that say about anyone who can only get someone else to agree with him by threatening that person with a failing grade, rejection of his application for a job, or a good thrashing? But this describes the “educators” at our schools and colleges.

It would seem that freedom is not the natural state of humankind, but rather an interruption is the long, long flow of tyranny. That freedom has lasted so long in America speaks well of us. That it is currently under fire every day… does not. 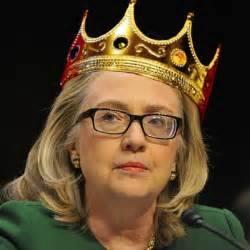 Yess, noaw It is Time for The Revilutoin! and it Is going “to ” Be lead by Auntyfa becose thay knows hoaw “to make” Socile Jutstus!! Thay Are going to “has” The Revilutoin on Novvembre 4oth and that “is” only Next Weak somtime so wee has alll got “to” Get reddy in a big Hury!

This hear Revilutoin it wil Be “evrywear” al at Once and it wil Sweap Donold Trump rihght out “of” ofice and Hillery she wil Be Pressadint for lyffe!!!! Auntyfa thay going “to” Shut Doown evry thing like hiways and citties and brijjis and any Biggit or Hater whoo gets “in the”” wayh thay willl get themselfs stabbbed or beat Up but goood!!And my prefesser he sayes we Wil has a New Consitutition only This “one it’ wil be wrote by Interllecturals and Trans Peple and thare willl be Socile Jutstus al over the Plaice and nobobby wil Be aloud to say nothing and noboddy wil Be aloud “to do” nothing Exep for waht is Jutstus and Fair!!! and We wil setUp campes and Put al them christins and conserfatifes and repulbikins In them Until thare “minds” Are rihght!!!

And my Prefesser he sayes It “wil Be grate” jist like Venerzala and Cuber and North Choria and al Us Interrlecturals hear at Collidge “We”” wil Rule it!!! We wil Confisticate all dirty ritch Peple thare monny and Houses and stuff and Re-disturbit it to The Poor exep for some of it witch We “wil Keepe” our selfs!!! And i runned to the Statchew of Pressadint Obamma and i preyed him to Make It hapen!!!

Wel now i gott To “go gett” reddy we are gunna burn downe Lots of Captillist billdings on Nov. $4 to keeep The “polese” and Fire deportmints busy!

Speak no evil, see no evil, hear no evil: your Rutgers education

I just can’t wait till the next time Rutgers University calls me up and asks me for money!

Rutgers has adopted a “Language Matters” program in which students living in a dorm are cautioned to speak only when “necessary” or “helpful,” so as to avoid committing any kind of “microaggression” or “microinvalidation” or other such tommyrot ( http://www.campusreform.org/?ID=8081 ).

Hey! Did you know that “victims of microaggression” are “more at risk for illness and a decreased immune system”?

We really do need to ask how, in the not-too-distant future, a country populated by such thin-skinned wilting idiots as our current college graduates can possibly survive in the real world. Any half a dozen goons armed with harsh language will easily conquer us.

Yo, people! Stop it with the colleges already! We are “educating” our country to death!

And I do not mean that as a figure of speech.

We’ve been laughing at the shenanigans around America’s bloated, overgrown, dysfunctional university system. But y’know what? It doesn’t seem so funny anymore.

[Thanks to Thorsten for the following news tip]

For instance, recently at the University of Northern Colorado–since when has northern Colorado needed a university?–collidge commissars hung up 680 professionally printed signs to nag students about what they can and cannot say ( http://heatst.com/culture-wars/university-of-northern-colorado-hung-680-posters-warning-against-offensive-speech/?mod=sm_tw_post ). Forbidden speech, “intentional or not,” includes any criticism, explicit or implied, of the Black Lives Matter gang of thugs.

Maybe, folks, you ought to worry about what might be the long-term effects of teaching a whole generation of young people that free speech is hate speech and they have an absolute right never, ever to hear or read anything they find offensive–except, of course, if they’re Christians: then they’d better just shut up about it, or else.

Maybe you ought to worry about this huge national campaign to cultivate an authoritarian and ultimately lawless mind-set.

Because I’ll tell you right now, there can be no such thing as a free republic inhabited by close-minded ignorant numbskulls, governed by thieves, liars, and loons.

Before our college system kills us, we need to ask some very pointed questions about what they think they’re doing, why they’re doing it, and then we need to stop it. Stop it cold.

Better no universities at all, than schools that make you a bigger turnip than you were when you went in.