Ah, this beautiful September weather! And the need to get the book finished before the cold weather sets in.

I’ve just finished another five chapters of The Wind From Heaven. Now I’ve got to type them up and send them to Susan for editing. That’s five sets of chapters done, and one more should finish the job.

Somehow the momentum of this story sucked me willy-nilly into a climax before I even suspected I was heading into one. And I suspect there’s another climactic event or two waiting for me in the next chapter set. That wind has been mighty busy, blowing characters all around the map; and there are things happening in places that aren’t on the map.

Inquiring minds want to know why I’ve posted a picture of Baluchitheriums when there aren’t any Baluchitheriums in this book, and haven’t been any since the climax of Book 3, The Thunder King. Well, I like Baluchitheriums–okay? And if another one should march into the story somewhere down the line, well, sometimes a thing like that can’t be avoided.

Do You Really Want Me to Write About This S***?

I was going to post some nooze this afternoon, honest. But as I scanned the headlines trying to decide which items to use, it seemed infinitely more desirable to publish another picture of a Baluchitherium. Biggest land mammal that ever lived–and King Ryons couldn’t have rescued his city without one.

Really, the news today is total dreck. Nothing but one jidrool after another flapping his jaw, her jaw, and spewing out political pornography. It’s supposed to make us want them to rule our country. Presuming we’re as hopelessly insane as they are.

Now I know there are no Baluchitheriums living on the earth today, despite how dearly I would love to see one. My hope is that God has stored them someplace safe, somewhere in the vastness of Creation, and that someday He will let me see them. In the sweet by and by.

*Sigh. Now it’s going on two o’clock. I’ve already had my bike ride and it’s too hot to do another one. Will anybody mind if I go outside and try to start writing the next chapter of my book?

5 Comments   |  tags: a message to my readers, baluchitherium, fed up with the news, lee duigon blog, prehistoric animals | posted in Book Updates, Uncategorized 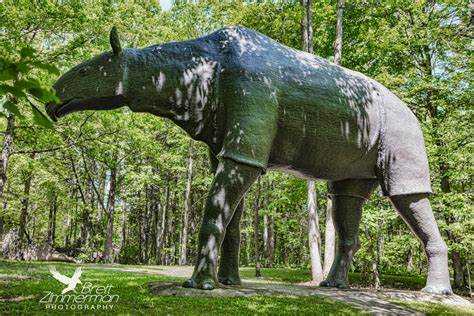 If you’re reading this, you’re not part of the problem. So don’t feel guilty.

After averaging over 300 views a day all year long, the ol’ blog has been in a slump for going on a week. Fap! Should I be doing more political nooze? Recipes? Advice on getting rich?

Seriously, how can I attract more readers?

The Baluchitherium (above) was the biggest land mammal ever, but the world is fresh out of them. Unless the one in the photo is real. Honk if you think it might be real. I just did.

All my life, the Baluchitherium has been the largest land mammal ever. (Don’t let that “Paraceratherium” business throw you: they’re always changing the name.) And then they bring up this… this Paleoloxodon thing, this mere elephant–and say, “No, it wasn’t Baluchi-something. It was this new discovery! Hail, Paleoloxodon! Greatest land mammal ever!”

Pshaw. That Baluchitherium in the picture is hardly half the size of the one that carried King Ryons to the rescue of Obann. And the elephant is just plain overgrown. So it had longer and straighter tusks than any modern elephant–go on, ask me if I care! Whereas Baluchitherium was a rhinoceros so freakin’ big, it didn’t need a horn. Didn’t it scatter an entire Heathen army? I’d like to see anyone even try to do that with a Loxobagel. Like anything that’s new is automatically the best. Like naming baseball stadiums after some grubby little sponsor. Once upon a time the Edsel was new! And look how that wound up.

I am not going to rewrite The Thunder King just so I can bring in some boring elephant. And as for paleontological revisionism–boo, yabumya! Today we’ve set a new record for this blog–732 views, with most of the night still to go.

It’s as good an excuse as any for posting another picture of a Baluchitherium. And I don’t want to hear any of this “Paleoloxodon” stuff! The biggest-ever land mammal is Baluchitherium. Ask King Ryons!

Thank you, thank you, everybody who stopped in today. And I hope I see you again tomorrow.

And now, on to cat video…

It isn’t every day you get to see video of a Baluchitherium, so enjoy it now.

The Thunder King, Book No. 3 of my Bell Mountain series, was born of a dream I had, in which a Baluchitherium–the largest land mammal ever–figured dramatically. With a little extra shaping, that dream became the climax of the book. 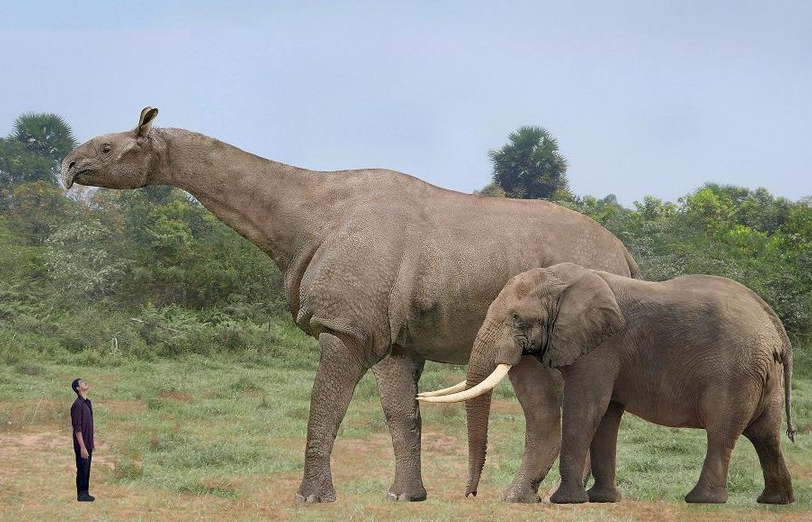 I can’t help it. Every so often I go back to this critter and just marvel at it. What hath God wrought!

For a closer acquaintance with the biggest mammal ever to live on land, big enough to be a full-sized dinosaur, check out The Thunder King by yours truly.

As I type up my latest chapter set of The Temptation, King Ryons reminisces (if a boy so young can be said to reminisce) his encounter with a great beast bigger than anything else that ever walked the earth. I modeled this creature on the prehistoric giant in this video–Baluchitherium. Yeah, they call it “Indricotherium” now, but I don’t. The clip comes from Tim Haines’ Walking With Prehistoric Beasts, and it’s the closest we can come to seeing what King Ryons saw.

Those little Hyaenodons who want to eat the new-born calf–they were, in fact, almost as big as a rhinoceros. Ryons and Cavall met one of them, too. Ask him about it when you see him!

All of this fun stuff is in my Bell Mountain books; so if you haven’t read ’em yet… But this is not a commercial.

To be a writer, you have to be a reader first. And don’t stop reading, either.

The books that capture your imagination early in life will always be with you. What you want to read about will shape what you choose to write about.

All About Strange Beasts of the Past flicked my imagination switch. I was only seven years old when it came out, and nine or ten years old when I read it. Roy Chapman Andrews, the explorer who first found dinosaur eggs in the Gobi Desert of Mongolia, wrote several of these Allabout Books. His All About Dinosaurs I read over and over again until it fell apart. Strange Beasts I kept checking out of the library.

Andrews had a gift for making prehistoric worlds come alive. In practical terms, he used this gift whenever he had to schmooze J.P. Morgan into funding another expedition. When he wrote for children–well, as far as I was concerned, it was just like being there.

Everybody knows about dinosaurs, but I got really into prehistoric mammals, especially the gigantic hairy ones. Strange Beasts introduced me to creatures that have inhabited my dreams ever since; some of them now inhabit my own Bell Mountain books. Andrews’ “Beast of Baluchistan” appears in The Thunder King just in time to rescue the city of Obann from being sacked by the Heathen host. The saber-toothed cat, seen on the cover of Strange Beasts, features in the climax of The Last Banquet. The saber-tooth’s prey, the giant ground sloth, makes cameo appearances in several of my books. I haven’t yet found a place for the spectacular “Shovel-tusked Mastodon” of Strange Beasts, but I expect I will.

Books were a big deal in our house. My mother was a reader, and filled several large bookshelves with her favorites. I took after her in that department: I just could never get my fill of stories! History and science, in my view, also counted as stories.

But nothing could ever top the creatures I met in Roy Chapman Andrews’ books.

P.S.: Andrews was widely believed to have been the real-life model for Indiana Jones. To that I must say “Pshaw!” Andrews’ adventures were real.

P.P.S.: For some reason which I can’t remember, as a very young child, I formed the expectation that my Aunt Betty, a nun, would somehow provide me, someday, with my own woolly mammoth. Please don’t ask me to explain this. She did try–gave me a vaguely mammoth-shaped little furry something which, I am sorry to say, did not quite live up to my expectations. But she did try, and for that she gets full marks.

3 Comments   |  tags: All About Dinosaurs, All About Strange Beasts of the Past, baluchitherium, bell mountain series by lee duigon, ground sloth, my childhood, Roy Chapman Andrew, The Art of Writing, the last banquet, the thunder king, woolly mammoth | posted in memory lane, nature

Some years ago, I interviewed the famous paleontologist, Bob Bakker; and he said something I’ll never forget. He asked, “Can you imagine the fun God had, creating all these things?”

I know I’ve showcased this critter before, but it is the largest land mammal that we know of, and one of my all-time favorite prehistoric animals. It has a lot of different scientific names. Just think of it as the great beast that King Ryons rode to the rescue of Obann: that’s in The Thunder King.

Please feel free to ignore this video’s Darwinian trappings. I show you this beast so you can stand up and cheer what God has done. And no one can say God has failed to give us an abundance of material in which to exercise our minds!

So where are these animals now? Why can’t we see them?

Well, we don’t know. All we know is that God created them, pronounced them “good” when He was finished, and has the entire universe at His disposal.

And I expect to see these creatures someday, in God’s own time.