Imagine: Your father had your mother beheaded, because he wanted a son instead of you. Your grandfather overthrew a dynasty that had ruled for several centuries. Your half-sister launched a wave of religious persecutions–and married, by proxy, your country’s arch-enemy, the king of Spain. Your generation’s grandparents remember the Wars of the Roses, which nearly depopulated England. Then came wave after wave of religious violence.

And on top of all that: on top of knowing that you are queen of a powder keg that could blow at any minute: on top of all that, you have to somehow dominate this nest of vipers and cannibals you’ve inherited as your English ruling class–and you dearly want to do it without resorting to tyranny and mass murder.

Welcome to Elizabethan England. If you wake up alive tomorrow, thank God and Queen Elizabeth for that.

The hero of Kenilworth tries to save a young woman who has been caught up in a web of deadly court intrigue in which more than a few lives are at stake. And because Sir Walter has provided us with the back story, in his introduction, we the readers know things that the characters don’t know, and we experience ever-heightening suspense as the characters mis-read and mis-play one situation after another. You want to warn them, but you can’t.

Oh, how I wish Akira Kurosawa could’ve made a movie out of this! It would’ve been right up his street. He might have recast it into a Japanese historical/cultural context, but so what? It would’ve been great! Starring Toshiro Mifune as the hero. There’s also a character named Flibbertygibbet. How cool is that?

No, I’m not going to tell you how the story comes out. That would be a kind of robbery. But it’s one of those stories that’ll still be suspenseful even if you’ve read it before.

Hats off to Walter Scott! We should be so lucky…

Sometimes, as Mr. T. might say, we pity the fools in the Climbit Change crowd–none of their predictions ever come true. Like, sea levels gonna rise at New York and D.C. and we’re all gonna die, gasp-gasp! And instead the sea levels… well, they went down.

We were just watching a video about the illnesses that afflicted King Henry VIII, and how they “treated” him with highly toxic doses of mercury. Back in the 1500s, that was Settled Science. Had Loretta Lunch–er, Lynch–been Henry VIII’s attorney general (and that would’ve been a great fit!), she would have had anybody drawn and quartered for questioning the benefits of mercury.

In Chapter CCXVII of Violet Crepuscular’s epic romance novel, Oy, Rodney, Lord Jeremy Coldsore is up and around again, carefully negotiating stairways with his two left feet and trying to get in shape for his wedding to Lady Margo Cargo, whose wealth will save the ancestral country house of Coldsore Hall from its legion of creditors.

Johnno the Merry Minstrel continues to find cuss bags hidden all throughout the house, evidence that Black Rodney–or someone–is still sneaking in and planting them. Johnno has also found a number of dead bodies, but Jeremy has convinced him to ignore them: “Not an unusual thing in a house as old as this, don’t you know.”

Johnno knows the legend of Black Rodney inside-out, and here shares it with the reader.

“In the days of Henry VIII, before James I made it into something of a fad, witchcraft was but little practiced in this country. Here in Scurveyshire, an otherwise obscure little man named Rodney Swill began to acquire a reputation as a sorceror.

“He started small, with card tricks, but after he made a pact with the devil, his power was such as to terrorize the whole shire. When he forced the people to pay their taxes to him instead of to the crown, King Henry was annoyed and sent his most fearsome executioner to treat Rodney, in the king’s words, to ‘a really fancy hanging.’ But as soon as the executioner arrived, as he was passing under a grove of venerable oak trees, two monstrous tentacles shot down, wrapped around him, and yanked him up into the foliage, never to be seen or heard from again.”

After several more such incidents–now he was running out of executioners–the king sent to Finland for the most feared witch-finder in all of Europe, a Lapp named Mimble. This man was known far and wide as “the Devil’s brother-in-law.”

Mimble coerced a dull-witted peasant woman to present Rodney with a witch-pie; and Rodney had no sooner chewed on a piece of it when he was suddenly consumed in a dreadful fire. The last anyone heard of him was a disembodied voice crying, “I’ll be back!”

“That ain’t the way I heared it,” grumbles Jeremy’s friend and co-groom, the American adventurer, Willis Twombley.

“But that is the way it was!” says Johnno. “And I ought to know, because I’m descended from that very same peasant woman who served Rodney the witch-pie.” [Ms. Crepuscular warns the reader to be suspicious of Johnno: “He may be more than just a merry minstrel who can sing and play the harmonica at the same time.” How much more than that anyone can be, perplexes me.]

Meanwhile, the rat-catcher hired by the vicar has disappeared under the fateful wading pool in the vicar’s back yard…

This poor queen! Locked up for most of her life, diagnosed as “insane” when there was probably nothing wrong with her at all. Her nephew was Charles V, emperor of practically everything in Europe that wasn’t France or England. Her niece was Katherine of Aragon, wife of Henry VIII. Queen Jane, Juana La Loca, Crazy Jane–all those high connections, and no one ever lifted a finger to help her. History can sometimes make for harrowing reading. That’s Original Sin for you. 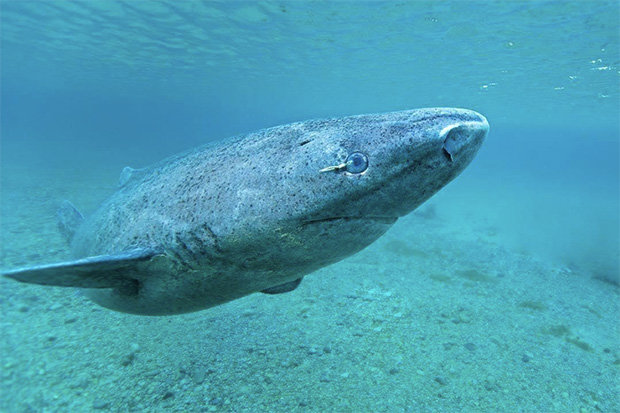 Danish scientists say this 18-foot-long Greenland shark is probably over 500 years old. Absent a birth certificate, that figure is an estimate. But it’s cool to think this fish was swimming around some years before Shakespeare was in knee pants. When it was born, they say, Henry VIII was only 14 years old. (https://www.dailystar.co.uk/news/weird-news/666587/shark-oldest-living-vertebrate-greenland)

Greenland sharks are known to get very large, up to 20 feet. They’re in the dogfish family–those little sharks you always catch when you’re trying to catch something else. They can live under the Arctic ice pack. Why they should choose to is another story.

How seriously do we take this claim that this particular shark is 512 years old?

Search me. This is Mr. Nature, reporting on God’s stuff.

Contrary to legend, Henry VIII had nothing to do with composing this melody, which was first published in England as “Greensleeves” in 1580. Since then, Christmas lyrics have been written to celebrate the birth of Our Lord Jesus Christ, the Son of God

This one is a very nice instrumental version.

When my wife wound up in the hospital, along with three other drivers, because of some idiot who rammed into her car while yakking on his cell phone–totally destroying the car, even bending the chassis–his penalty was $150.00.

When a New York City cab driver recently told a pair of lesbians to stop making out in the back seat of his cab, and they walked off without paying the fare, for this heinous crime of “discrimination,” a court has fined the cabbie $15,000 ( http://www.alan.com/2015/04/12/cabbie-ordered-to-pay-10000-for-stopping-lesbian-kiss/ )–a whopping 100 times the penalty incurred for damn near killing four other people.

Does that mean the “feelings” of two lesbians, if they had brought in one more dollar, would have  outweighed the very lives of 400 regular people? Do the math!

The news article didn’t say, but I am sure the cabbie is a Muslim. Leastways, I never heard of anybody named Mohammad who wasn’t a Muslim.

This is phenomenal. While this is done to Christians all the time, I can’t think of another example of them doing it to a Muslim.

We have actually entered a phase in our country’s history in which the civil government, at every level, rewards evil and punishes good. Everyone is to be compelled to bow down before the idol of Gay supremacy.

Why do we accept this?

It is said that Henry VIII became so corrupt, so swollen with disease and moral  baseness, such a slave to sin, that his corpse literally exploded before they could bury him.

What kind of bang will America make?