Patriots vs. Oligarchs: We’re Not Alone 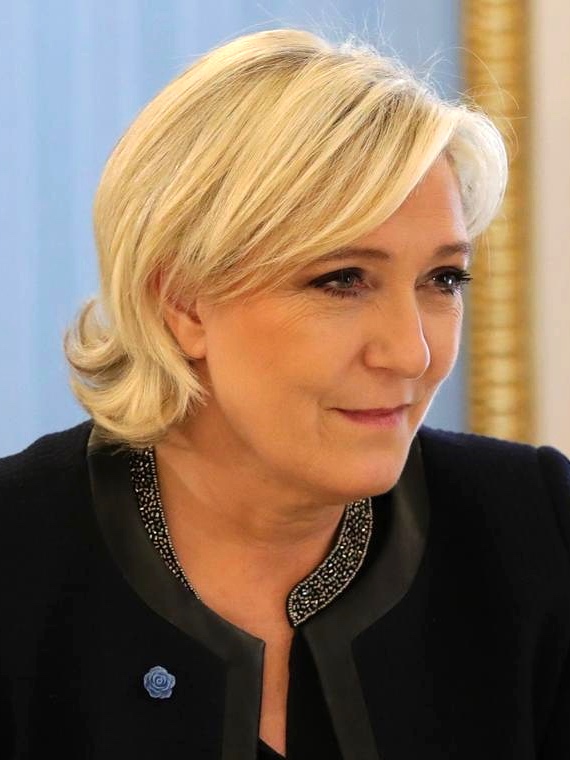 The future of France is on the line. This Sunday’s French presidential election will decide whether France will be France… or not.

Globalists are getting nervous because Marine Le Pen is rising in the polls ( http://www.express.co.uk/news/world/798621/Marine-Le-Pen-Emmanuel-Macron-French-election-Nicolas-Dupont-Aignan-Robert-Menard). She has come up with a campaign slogan that’ll be hard to beat: Choose France.

Her opponent, Emmanuel Macron, a globalist who has said he doesn’t believe there’s any such thing as a distinctive French culture, has taken a nasty knock in the polls and is said to be running out of gas.

Ms. Le Pen has pledged to pull France out of the European Union, deport illegal aliens, and defend her country against Muslim cultural assault. As for her opponent, she has summed him up: “The country Mr. Macron wants is no longer France; it’s a space, a wasteland, a trading room where there are only consumers and producers.”

Sounds like a lot of people we know in every country! Our own included.

Marine Le Pen is more than just a candidate for president of France.

She is a candidate for the real hope and change that all our countries need, instead of the poisonous pap that’s been forced down our throats by “leaders” who despise us.

Our ultimate hope for ultimate change is, and must only be, in Jesus Christ Our Lord, the King of Kings. We know that no one we can elect to any position can rescue us from our sins. And the world is the way it is because of no other reason but our sin.

Nevertheless, we do have a duty to defeat, whenever we’re given the freedom to try, those persons whose plans for us are intrinsically and overtly wicked.

And it is no sin to love the countries that God gave us.

Centrist? This Guy Is a Centrist? 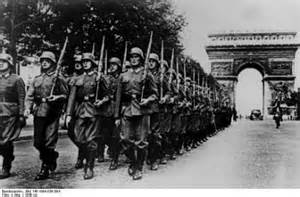 So, then, lemme see… Your name is Emmanuel Macron and you’re running for president of France: and you say you’re in favor of “globalism and European integration,” pretty much open borders, and you’ve said there’s no such thing as French culture, and “France is not a fixed identity” (http://www.vdare.com/posts/marine-le-pen-shows-the-voters-the-real-macron)

And the big fat stupid nooze media, one and all, are calling you a “centrist”?

I mean, is that what a centrist is–someone who wants to put his own country out of business? Words sure take on funny meanings, when the nooze media use ’em.

Running against him, Marine Le Pen, who believes in France and wants to keep it going, is described by the same nooze media as “far-right”–if you want your country to go on living, and not be erased, you’re far-right–with a “dark” vision, blah-blah-blah.

If M. Macron is a “centrist,” what do you have to say or do to be considered loony Left? Start up a petition asking the German army to invade again?

All of this is obviously aimed at the poor Jean Q. Publique who still believes what he reads in the papers and think it would be a good thing to have a centrist running the show, because centrists are, like, at the center, they don’t hit you with wacky, France-destroying policies.

My paternal grandfather and his sister, Great-Aunt Louise, were born in Paris and came to this country as children. I bear a French name. I am dismayed by what has been done to the homeland of my ancestors.

Think how France has suffered–Revolution; Napoleon; Franco-Prussian War; World War I; World War II–and all of it the product of blustering idiocy on the part of France’s leaders.

They mean to keep it up until there’s no more France. 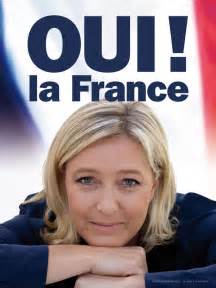 I wanted to watch, this morning, a TV ad produced by a government-backed non-profit organization in Sweden. After all, American liberals have been guffawing at the notion that Sweden has any problem at all with Muslim immigration.

But the ad has been pulled. Can’t see it anymore.

The ad proclaimed that there is, for Sweden, “no way back. Sweden will never be what it was.” The ad urged Swedes to accept it and get used to it. ( https://www.rt.com/viral/360019-sweden-migrants-video-swedish/ ).

And down in France they’ve got a presidential candidate who says there’s no such thing as French culture, and in Germany a member of the legislature who says she can’t wait for Germans to become a minority in Germany.

It seems they don’t even have enough faith left to justify mere survival. Is Marine Le Pen the only European leader who believes her country–France–has a right to exist?

There are more fools in the Western world surrendering to Islam than the Islamic world can handle.

3 Comments   |  tags: "No way back" for Sweden, Europe's loss of faith, liberals vs. the world, marine le pen, muslim invasion of europe, the end of Sweden, Western Europe's surrender to Islam | posted in news

France is Done For, Too

Charles DeGaulle, general of the Free French forces… those were the days

Unless Marine Le Pen can swiftly come on like Joan of Arc, poor old France is pretty much dog-meat, too–like Germany and Britain.

France’s current president, socialist Francois Hollande, has urged his country to “embrace Islam” ( http://www.nowtheendbegins.com/french-president-calls-france-embrace-islam-devastating-islamic-terror-attacks/ ). No one seems to know what kind of drug he’s taking, but it must be pretty powerful stuff.

What is it with these European leaders? The more of their people that the terrorists kill, the more they want to kiss the bad guys’ feet?

Marine Le Pen… Do they send you to Devil’s Island for thought crimes?

A leading French politician is now on trial for likening Muslims taking over the streets for prayer to the German occupation of France in 1940 ( http://www.telegraph.co.uk/news/worldnews/europe/france/11943110/Marine-Le-Pen-stands-trial-for-Muslim-street-prayer-outburst.html ).

Marine Le Pen has been charged with hate speech, thought crime, whatever, for having a thought that has not been approved by the government. She has also been accused of contributing to “a climate of Islamophobia” currently prevailing in France.

Hmm… is that really and truly Ms. Le Pen’s fault? Other contributing factors that I can think of, just off the top of my head, would include Muslims shooting the editors of Charlie Hebdo Magazine, Muslims shooting up a Jewish deli, Muslims torching cars all over the place, Muslims taking over whole neighborhoods of major French cities and forbidding entry to non-Muslims, Muslims pouring across the nation’s border and vowing to subject France to sharia law–little things like that.

All over the Western world, national leaders compete with one another to see who can do the most harm to their respective countries. They have an insatiable appetite for the importation of Muslims.

Some of my friends say these leaders just want to erase national borders so they’ll have an excuse to impose world government. With themselves in charge of it, of course.

Father in Heaven, cast down these leaders from their high places, and destroy them–before they destroy us. Amen.