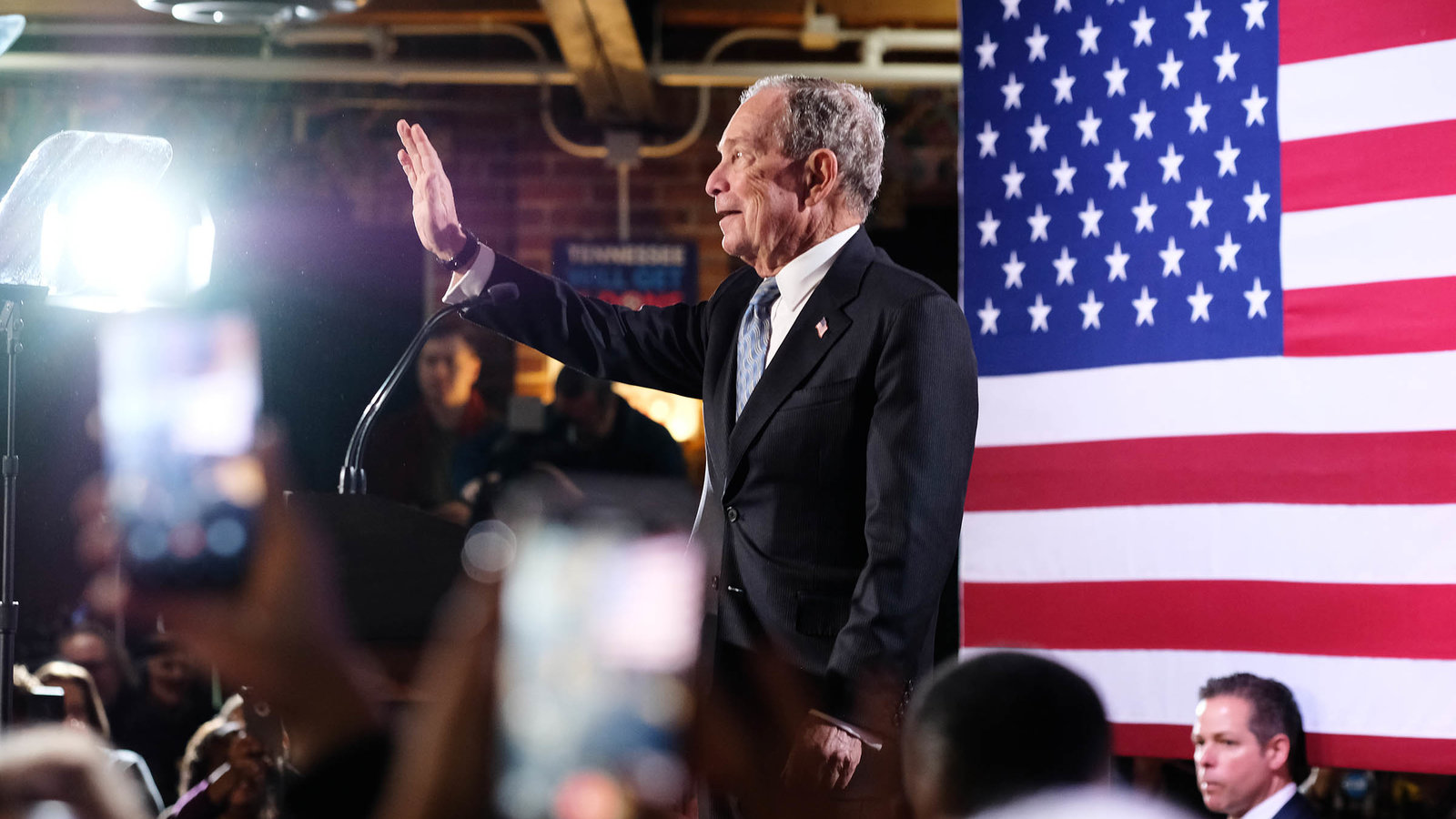 Thucydides, perhaps the greatest historian of them all, admitted to his readers that, try as he had tried, he’d found it impossible to learn and report what really happened. And he was talking about the Peloponnesian War, in which he served as a general. He even caught the plague. And after the war he traveled all over Greece, interviewing people who’d participated in the war.

And his conclusion: “I’ve done the best I could.” But people’s memories play tricks on them, people lie and then forget they’re lying–and, well, history is hard.

I’ve read a lot about that last Democrat “debate,” and that’s what brought old Thucydides so vividly to mind.

Here we had a widely televised event. Millions of people saw and heard exactly the same thing. At the same time.

And yet the reporting of the event has run the gamut from “A total disaster for Bloomberg–he’s finished!” to “masterful performance by a great candidate!” And all points in between. Good luck, Thucydides, trying to find out what really happened.

What the various reporters and commentators said had very much to do with what they wanted their audience to think. With what agenda they were pushing. It would be nice if we could rely on our free and independent press for honest, accurate, fair, unbiased news reporting. [Allow three full minutes for a storm of sardonic belly-laughs] But that would be like relying on things to fall up instead of down.

The ones who stayed neutral for a while were waiting for their checks to clear.

One thing we can rely on is the certainty that the Democrats are not our friends. Under no circumstances should we vote for one of them. Ever.

I don’t care how they try to package Bloomberg. He’s got that “D” after his name, and really, that’s all I need to know.

By Popular Demand: America Is Not a ‘Democracy’ 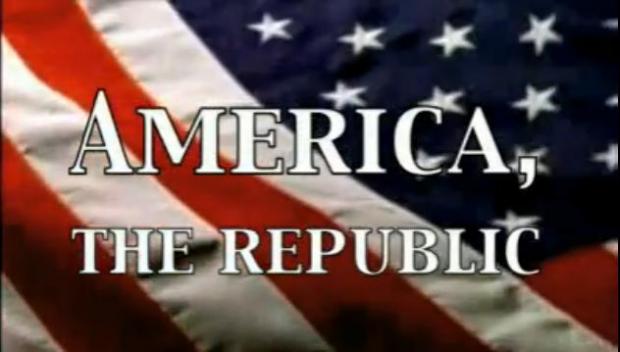 Democrats want to undo the 2016 election, they say, to “save the Nation” and protect America from threats to “democracy.” This is crapola. It has always been crapola, and always will be.

From the Constitution, Article IV, Section 4: “The United States shall guarantee to every State in this Union a Republican Form of Government…” Not a “democracy.”

Our country’s founders knew their history. They saw in classical Greek democracy–vividly clear in Thucydides’ history of the war between Athens and Sparta–a recipe for self-destruction. To them “democracy” was a nice name for hysteria. For example: Athens self-destructed, and lost the war with Sparta that they were winning at the time, by picking a fight–for no reason but pure arrogant foolishness–with Syracuse. Athens sent her army to Sicily to attack Syracuse, which was richer and stronger and more populous than Athens. As for the Athenian expedition, no one came home; and before much longer, the Spartans were tearing down Athens’ walls and imposing a puppet government to replace the democracy. Attacking Syracuse wasn’t the only foolishness indulged in by the democracy in the war, but it was the worst folly they could think of.

Our founders wanted nothing to do with democracy. It’s pure majority rule: and not only does the majority sometimes get completely carried away with some self-destructive project from which no reason can deter them, but it also has a habit of riding rough-shod over the minority. Just imagine a whole country run as Democrats now run our House of Representatives, and you’ll get the picture.

Our founders also studied the example set by Rome. The Romans had a republic. Instead of rule by mere majority, Roman government was operated by elected representatives, with two main branches of government (executive and legislative) and a system of checks and balances. The Greek historian Polybius praised the Roman system for being more stable and more just than anything they had in Greece.

But Rome couldn’t keep her republic. Our founders knew that, and decided to improve on Rome’s model by adding a third branch of government, the judiciary, and by writing everything down, with changes only to be made by a clearly-defined amendment process. They also tried to protect the states from being engulfed by the central government. We’re still working on that today. The great weakness of Rome’s republic was that it was never finished; it was always a work in progress; there was always an element of making it up as they went along. In framing our Constitution, this was what our founders labored to avoid.

And so, you see, the United States is not a democracy but, by law and custom, a republic. The two terms are not interchangeable.

For anyone to prattle on and on about “America’s democracy” is either ignorant, dishonest, or both. We do not have a democracy, and heaven forbid we ever do.

The Horror of Sheer Godlessness 7 Comments   |  tags: denial of God's sovreignty, global government, Google is too big, liberals vs. the human race, social media, The Circle (2017 movie), Thucydides, tower of babel, ye shall be as gods | posted in Movie Reviews, religion

Another Warning from History 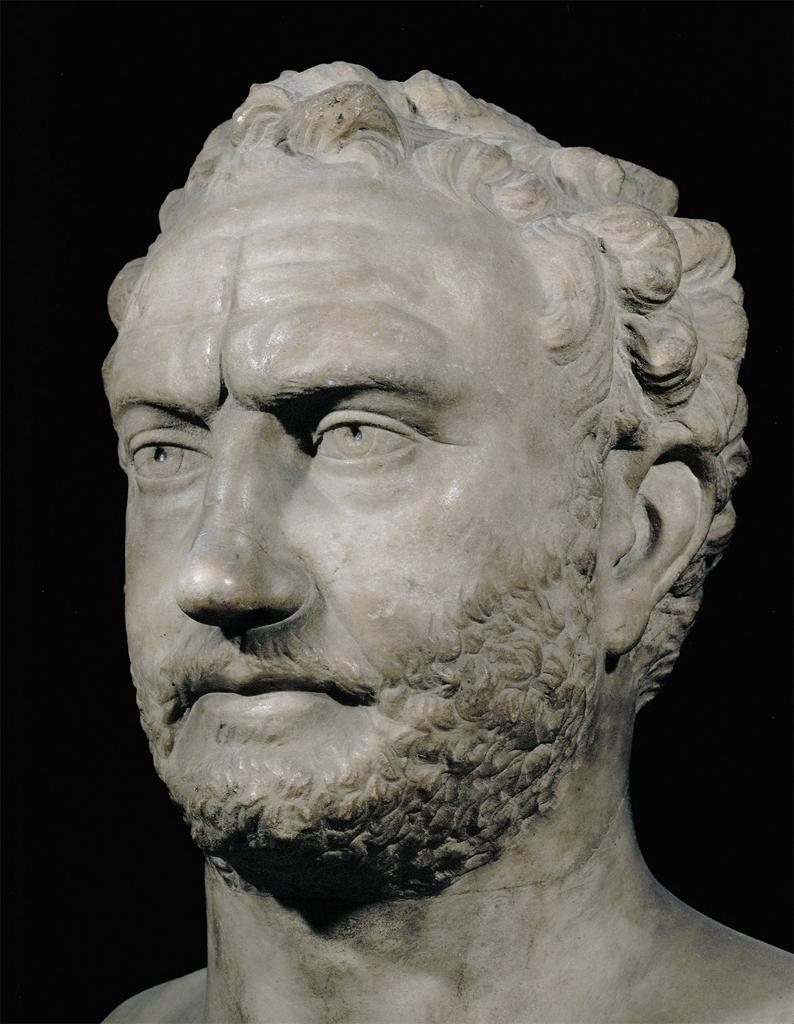 Thucydides–we ought to listen to him.

I gather from reading Thucydides’ history of the Peloponnesian War, in which he participated personally as a general of Athens, that the one thing, more than any other, that destroyed Athens’ primitive democracy was hysteria. A perfect storm of politics, personality clashes, and sheer irrational decision-making moved the Athenians, just when they had gained the upper hand against the Spartans, to declare war on Syracuse–for no good reason!–the most populous and best-defended city in the ancient Greek world.

The Athenian fleet and army, commanded by the one general, Nicias, who opposed the scheme–his political enemies put him in charge to punish him–went to Sicily and tried to conquer Syracuse by siege. The result was Athens’ entire army wiped out or captured, and the loss of the war to Sparta. The victors abolished Athens’ form of government, erased the Athenian leadership, and saw to it that Athens never rose again.

It makes for rather grim reading.

Knowing their history, our country’s founders chose not to give America a democracy, but rather a republic, a more stable form of government. But even a republic must be carefully maintained if it is to survive: and in our case, many of our leaders seem to think the United States is an Athenian-style “democracy,” and act accordingly.

And so hysteria, just as it did in Athens long ago, is gaining the upper hand.

There are no compelling reasons not to confirm Brett Kavanagh’s appointment to the Supreme Court. What we have, instead, is a lust for power among Democrats, who have long used the Court as a way to impose their will on America–think abortion, and “gay marriage”–via innovations that never had enough public support to be legislated in the ordinary way.

And as anyone can see who follows the news, their chief weapon in this power struggle is hysteria. They are more than willing to circumvent, or even destroy, such obstacles as presumption of innocence, the requirement of actual evidence to sustain an accusation, and ordinary decency–anything to get their way.

Now it has come down to this: Kavanagh must be confirmed by the Republican majority in the Senate, if these tactics are not to prevail and become the whole new way of deciding public policy in America.

This controversy has become our Syracuse.

The Senate Republicans must overcome their habitual cowardice and stand up for the rule of law against the rule of hysteria.

We’ll be in terrible trouble if they don’t.