With so much money invested in it, and so many professionals working on it, and checking their work each day, you’d think it’d be just about impossible to make a really bad movie. Nevertheless, bad movies are as numerous as the sands of the seashore.

What We Can Learn from Bad Movies

What’s the difference between a bad movie and bad public policy? With a bad movie, those responsible for it have to pay the price. But with bad public policy, those who created it walk off scot-free and the public pays the price. You know–like with the COVID-19 lockdowns that wrecked everybody but the loonies in the lab coats and their sponsors in the government.

And bad movies do less harm.

I haven’t posted this sweet and harmless kiddies’ song lately–One More River to Cross. And I wish I knew the name of this singer, but I don’t.

Heads up: we just wasted an afternoon watching a Dutch movie called The Vanishing. It was supposed to be a thriller, but it only turned out weird and unwholesome. So avoid it. Run, don’t walk, to the nearest exit.

This little song is much more edifying. 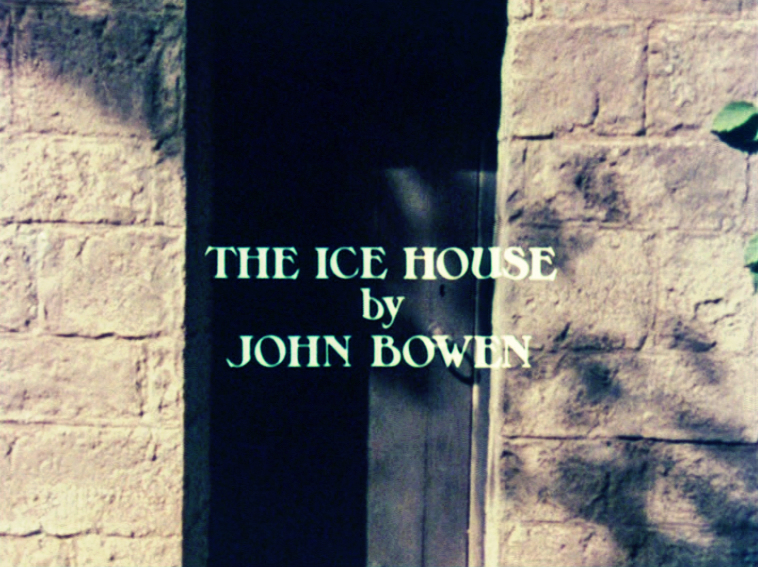 There, I’ve warned you!

A lot of us will watch movies today instead of the Stupor Bowl.

Here’s a movie not to watch.

How Not to Make a Movie

It’s amazing, how many errors you can cram into one short film. Was it an experiment? Had John Bowen eaten oysters that had gone bad?

Just look out the window. You’re bound to see something better than this movie.

Patty and I like to veg out with a movie on a weekend afternoon, and this looked promising: a starship gone missing for seven years suddenly turns up in orbit around Neptune, and a rescue ship is sent out to investigate. Cool idea. And then we find out the starship has been through a black hole and come back… and where were they? Yeah, that’s cool, too. Event Horizon, starring Laurence Fishburne and Sam Neill, directed by Paul Anderson–avoid it if you can.

Was this movie written by a couple of high school kids? It often happens to young writers: you get an idea, a really good idea, and then you just don’t know how to finish the story. It melts down into a pile of bubbling claptrap.

One thing I’ve noticed over the years is that an awful lot of people who want “to write,” as they say, but haven’t got the foggiest idea how to do it, make a beeline for science fiction. What is it about science fiction that so powerfully attracts people who don’t know what they’re doing? There are science fiction writers who do know what they’re doing, but Hollywood apparently prefers the other kind. So take heart! If you can’t write a coherent story, you still might catch on as a movie screenwriter.

If you want to see about two-thirds of a halfway decent movie that then decides to fall flat on its face for the remaining 30 minutes, welcome to Event Horizon.

Please don’t bother to say to me, “Well, what do you expect, watching movies?” We are all old enough to know that movies were never quite this bad.

Remember this, from 1958–The Attack of the 50-Foot Woman? Whaddya mean, you missed it? You must be anti-science.

It does raise a fascinating question, though: where did she buy her bra? Like, you can’t just walk into Wal-Mart and pick up a bra for a 50-foot-tall woman. “I take a 150ZZZ+…”  Not to mention the rest of her unmentionables. And her shoes. Shoes would be a real problem.

Did you ever decide to watch a movie because it stars an actor whose work you’ve really liked, so far? We fell into that trap the other night–Malice Aforethought, supposedly an English murder mystery. The bait was Ben Miller, a very funny comedian who’s also a pretty good actor.

You would be justified in walking a mile out of your way, in snow or rain, to avoid seeing this movie.

In fairness, we could only endure about 15 minutes of it, stubbing it out when a certain seduction scene turned out to be so ham-fisted, so inane, so jejune, as to start me whistling Lillibulero. It was that or throw something.

Once again, it set me to thinking… Here is a movie made by professionals, costing heap big sums of money. They hired real actors, real writers, a real director, and a real crew. Every day they had the opportunity to view the rushes and see how it was shaping up so far. And yet the result managed to be both fatuous and offensive.

How does a movie this bad even get made? Obviously it was going to be one ludicrous sex scene after another, with somewhere a murder mystery thrown in, if they ever got around to it. Why didn’t Miller’s agent read the script and threaten to shoot him if he agreed to appear in this clunker? Somebody should’ve been shot for this.

If people who actually make movies for a living can produce a mess like this, what does it suggest about any idea to grow the government and give spectacular new powers to equally inept and foolish individuals?

You can always turn off a rotten movie. It isn’t so easy to get rid of rotten public policy.

Hey, if you’re shut in by the weather today, or just feel like reading a little more of this blog, visit the archives and call up this post from Oct. 6, 2014–“What We Can Learn from Bad Movies.” What does America’s immigration policy have in common with Plan 9 from Outer Space? Well, yeah, okay, Plan 9 was better than anything ever produced by the Obama administration–but read the post. I think you’ll like it.

I don’t want you to get the idea we have a habit of watching movies like this. We sort of stumbled into it, and writing this review will be my penance. Maybe I can save someone else from watching it.

The Neighbor is about some criminals, car thieves, who go up against some worse criminals, kidnappers and murderers. And the local cop is also a criminal. Note that I have purposely committed a spoiler here in hopes that this will put you off watching it. As unedifying as this movie is, the climax is much, much worse. It is a festival of violence. Each and every character absorbs enough punishment to lay out Godzilla, and yet each one goes merrily onward, bashing in somebody else’s head. Repeatedly.

Don’t the ninnies who made this travesty know what happens to you when you get a real hard shot to the head?

Come to think of it, they deserve one, too.

It’s raining here, gonna rain all day, so we’re looking for something fun to watch.

Dig this premise. A great big nasty hurricane comes up and starts dumping big sharks all over the place. Sharks flying through the air. Sharks busting in through your window. Sharknado has got them all. There might even be sharks hanging out in your closet, so watch out.

This is a problem that can only be solved with chain saws and dynamite.

Not the sharks. The movie.