I don’t know how I cranked this out, but here it is.

Ho, ho, ho! No, I’m not making this up! A “theater historian” at Boston University says Jingle Bells is racist, and blathers about “its problematic role in the construction of blackness and whiteness in the United States” (https://fellowshipoftheminds.com/2017/12/18/boston-university-professor-claims-jingle-bells-is-racist/).

Your tuition dollars at work! With more than a few of your tax dollars thrown in. Gotta keep those intellectuals well-supplied with the amenities.

Declaring that her research found the song first performed in  blackface in 1857, Mizzz Theater Historian also objected to its “elements of male display.” She herself is white, but doesn’t look like a woman who’s very fond of men.

When thousands of people started calling her an idiot, she quickly backpedaled: “I never said it’s racist now!” So much for the courage of her convictions.

(Thanks to Linda for the new tip)

It’s a dreadful thing to think of, that a city could consent to be governed by the likes of these idiots, and that parents could consent to have their children “educated” by even bigger idiots. 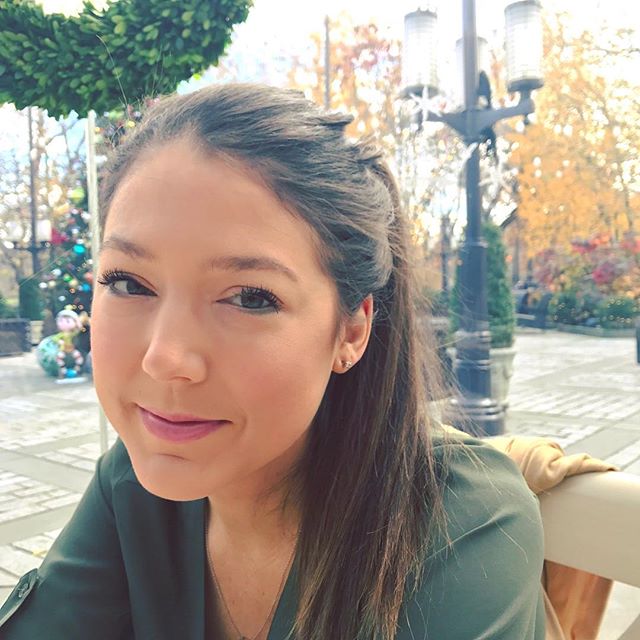 Beauty Beyond Bones is a blog I follow regularly: nice Catholic girl. And what she had to say yesterday is very important. It only took her one sentence to make the point clear:

“It’s time to open the door and let Christmas out.”

Bullseye! Bingo! Hit the nail on the head! So absolutely of course I reblogged it.

Before she made her point, she told a rather hair-raising story of a ghastly experience in church that must have scared her but good. That experience shows what kind of age we live in.

The rulers of the darkness of this world are doing everything they can to wipe out Christmas, or, even better from their point of view, pervert it. We mustn’t let them do it!

Our colleges and universities suck, too.

Yes, throughout this great land of ours, our even greater institutions of higher education are trying to eradicate Christmas–or at least replace it with some meaningless “winter festival” like they do in towns run by Democrats (https://www.campusreform.org/?ID=10242).

The prize goes to University of California, Irvine, for urging its staff to “ensure that office celebrations are not indirectly celebrating a religious holiday.” Indirectly celebrating–what in the world does that mean? They want the office staff to “display diverse symbols,” which means everything but Christian symbols, just like “inclusiveness” means they exclude Christianity. But man! Once you get into that “indirectly” stuff, you don’t know where you’re going! Just about anything might be interpreted as “indirectly celebrating a religious holiday.” Although if it were a non-Christian holiday, that would surely be okay.

State University of New York urges staff and students to “create a winter theme.” Uh, wouldn’t that be, like, a pagan religious celebration? Never mind, as long as it isn’t Christian.

Ohio State requires that any decorations “be secular in nature.” Sorta like when Hillary Clinton had condoms and syringes hung on the White House Christmas tree–er, excuse me, Holiday tree!

Life University (never heard of it) is having a decoration contest whose entries will be judged by their “inclusiveness.”

Hey! Earning a degree in Gender Studies or Superhero Studies is hard work–to say nothing of teaching it. College staff and students need to unwind with a little secular I-hate-Jesus inclusiveness!

The wisest thing we can do for our country is to cut off all public funding to the universities. (Not sure these are the right decorations… but close enough, I guess)

I heard radio host Mark Simone praising the loveliness of Melania Trump’s White House Christmas decorations; but the next thing I heard on the subject was leftid nooze media idiots having a kazoo over them (https://pjmedia.com/lifestyle/anti-trump-media-white-house-christmas-decor-spooky-like-scene-shining/). They called her decorations spooky, creepy, like a scene from The Shining, and so on.

Some of these buzzards likened Melania to the White Witch in The Chronicles of Narnia, as if they’d ever read it. Sheesh. These people root for the White Witch!

I’ll try to find a picture of the decorations; but if I can’t, you can click the news link above–Wordpress fixed it–and get a gander. It’s a little over-the-top for my taste, but who cares?

Do they think they’re fooling us? They’re the ones who are always trying to get Christmas erased altogether–the “Happy Holiday”, cancel-the-Christmas-concert crowd.

Well, that’s the Left for you. Anything good, anything decent, anything sane–they hate it.

It truly pains me to write this.

My hometown, where I’ve lived all my life, is being rapidly transformed into a leftid colony of high taxes and low character. We’ve got an Organized Sodomy flag flying on every other lawn, a frantic program of rapid urbanization, of tearing down everything that has any history, of paving over every square inch of green, of cramming the maximum number of people into the minimum amount of space. Our politicians can’t wait to turn it into a mini-“sanctuary city,” although first they have to turn it into a city. Meanwhile, idiots write letters to the local paper, which are published, lamenting the fact that some unenlightened people in this pwogwessive town still use those hateful and un-inclusive pronouns, “he” and “she.”

Several years ago our annual Christmas parade was replaced by a “Winter Festival.” Hail, Baal. And this year the theme of our glorious Winter Festival will be “Strength Through Diversity.” You could just heave.

Would it do any good to mention that all this leftist horse**** makes me feel… well, unsafe? Nah. A sanctuary city means sanctuary for everybody but Americans. I’ve lived here all my life, so I don’t count.

Maybe I should go down to that shop on Main Street–a lot of our stores are boarded up because the taxes drove out business–where they teach you how to contact your Animal Spirit Guide for good advice and handy household tips.

I don’t want no stinkin’ Winter Festival. I don’t like it when they call everyone who doesn’t agree with them Haters and Biggits and enemies of The People. I don’t like the way they always twist “diversity” around to mean strict uniformity of opinion, imposed by coercive force.

Where’s Elijah when you need him?

I ame So mad i culd jist abuot Ixplode!!! How come thare Is “this” Electrical Collidge that Gets to desyde Whoo “is” Pressadint??? wehn didd that hapen?? Thare is a prefesser hear he sayes its In “the” Consatutcheon but he Is “a” lyre and so We Stodents we lett the Air out “of his” tiers. anyhow Who cares “waht” some stopid electricans thay think???? We got “a perfickly” goood Collidge rihght hear and It “is ful” of reel Interllecturals not theese dum electricans, how come Our Collidge it dont get “to” desyde?

And nohw Al Of A sodden yiu got al theese dum peple thay Are Biggits sayin Mary Chrismes insted “Of” Hapy Holladays!!! It make My Moth Antenners hurt, thay reely hurt wehn i here That Racist Mary chrismes!! So yiu see Allreddy that Trump he made “the” countrie More Racist than It allreddy was! Dont Thay Know Its Aginst The Law To Saye Mary Crismas???

My prefesser He axplaned to me That “Putin he done al this!!!!” And That is “why thay Calll him Putin becose he is alyaws Putin things In that shuldnt be Put In my” prefesser he sayes. Putin and Trump thay Are making! peple say mary Chrismisss insted of Hapy Holladays!

wel Wee has got to doo somthing abuot geting Rid of Chrissmis befour it Messes Up Kwanzaa witch is a reel good truue Holladay and we Has “got to” get Rid of that Electrical Collidge, why dint thay pick Harvord or UCLAX or some reel collidge wear thay has Interllecturals and not jist a buntch of dum Guys who can fix yore Lamp if its is busted???