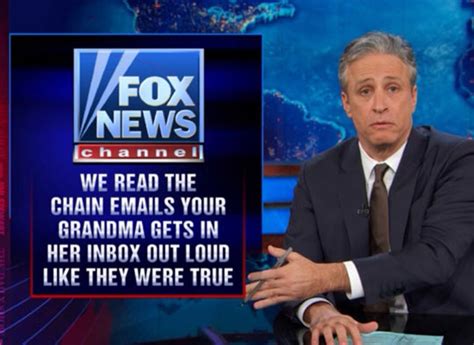 The ‘We Was Hacked!’ Defense

Every bit as good as the “Everybody Does It” Defense, albeit not quite so universally applicable, is the “We Was Hacked!” Defense.

This was pioneered in 2009 when hackers got into the computers at the Climate Change Unit at East Anglia University, UK, and released thousands of confidential emails that proved, beyond even an unreasonable doubt, that the whole Global Warming jihad rested on lies, suppression of data, intimidation of critics, political payoffs, and other misdeeds: the scandal known as “Climategate.” If you don’t know much about it, that’s because the “mainstream” nooze media did their utmost to bury the story.

Here’s the argument: You are not allowed to consider all this chicanery because the information was obtained by hackers. Never mind that if it weren’t for the hackers, we never would have known about it. You have to ignore it, and still believe in Man-Made Climate Change, because… hackers provided all that information and hacking isn’t nice!

The success of this gambit inspired Democrats to resort to it again, after Donald Trump’s election as president. “Russian hackers made us lose! No fair!”

Thanks to hackers, thanks to Wikileaks, we learned some unsavory things about Hillary Clinton and her mob. To wit:

The DNC rigged the Democrat primary against Bernie Sanders. But you’re not allowed to know that.

Big-time “journalists” actively colluded with the Clinton campaign, and some of them were paid for it. But you’re not allowed to know that.

Off camera, candidate Hillary was anything but “presidential”–cursing people out, flying into rages, throwing things at staffers, and drinking herself silly now and then. But you’re not allowed to know that.

And of course there was much, much more, none of it flattering to Team Hillary. But we weren’t supposed to know about it. And we wouldn’t have, if not for hackers.

Consider this bizarre argument. Because the information was put out by hackers, we are expected to disregard the lying, the cheating, the bribery, and the candidate’s profound dishonesty, plus her revolting personality–and goldarn it, that whole election oughta be overturned because the Russians and Wikileaks hacked the Democrats’ emails! All that stuff was supposed to be a secret! No fair, no fair!

Absent from the discussion is any serious attempt to claim the information wasn’t true. Well, that wouldn’t get them very far, would it?

All right, it’s too bad we have to rely on hackers to get the truth about our politicians and our–ahem!–scientists.

But coming from the crowd who praised the stolen “Pentagon Papers” as the greatest act of public spirit since Paul Revere climbed onto his horse, it rings a bit hollow.

Lest We Forget: Climategate

I don’t know for how long this satire will display here, so enjoy it while you can. It’s been around for several years. They keep getting rid of it, but it keeps coming back. Sometimes truth does that.

What with the New York Times fiction publication trying to present President-elect Donald Trump (guess how much I enjoy typing that!) as suddenly betraying his voters and converting to Global Warming Voodoo, two things must be clearly said.

The Lie that Will Not Die: ‘Climate Change’

Considering that the Democrat platform in this election says they’re gonna have the Attorney General (the almost unbelievably corrupt Loretta Lynch) “investigate” certain folks who don’t believe in “Man-Made Climate Change” (aka “Global Warming” when the weather’s hot), this is still an issue, even if not many people are talking about it lately.

What throws me is the way the climate alarmists keep on getting away with it, even though it has been abundantly demonstrated that they’re lying and cheating like mad. Why do they keep pushing it? Why is my chess forum so regularly visited by persons who say “Al Gore doesn’t lie”?

I stumbled upon a teeny-weeny little fact yesterday that helps me to understand why this big fat lie just will not die.

If you get your information from the Clinton nooze media, you may be asking yourself, “Huh? Climategate? What’s Climategate?”

In 2009, hackers leaked thousands of emails from scientists of the Climatic Research Unit at the University of East Anglia, in England. In those emails, “climate scientists” candidly discussed among themselves how best to deceive the public, their frustration over temperature data that didn’t support their Global Warming narrative, how to bury unsupportive data, how to get their critics grants taken away, how to get their critics’ children kicked out of college–whoa, now! Is that Settled Science, or what? The emails prove beyond a reasonable doubt that the “climate scientists” are mountebanks and political gamesters.

Why? Oh, because the information was hacked! And hacking is sooo wrong!

This is the same New York Times that gleefully made hay with “the Pentagon Papers,” stolen from the Dept. of Defense, and has openly defied the law by publishing Donald Trump’s confidential tax information.

But no Climategate: because, after all, that’s from hackers!

Ditto for the rest of the nooze media. They stonewalled the story, and to this day, much of the public has never heard it.

If you want to bone up on Climategate, there is abundant material from free-lance journalist James Dellingpole. ( http://jamesdelingpole.com/tag/climategate/ )

So we’ve all heard by now how thousands of leaked emails prove that the Democrat National Committee cheated joke candidate Bernie Sanders, and arranged for Hillary Clinton to win its presidential nomination. There’s no evidence they contemplated poisoning Sanders.

On my car radio this morning, I heard the “counter-narrative”–I’m pretty sure that means “self-serving lie”–offered by some Democrat bigwig.

The Russians are to blame.

Yep. You shouldn’t be mad at the Democrats for rigging an election. No: you should be mad at Russian hackers for blowing the whistle on them. The hackers are no better than thieves.

I dunno. They stole emails. Hillary stole a presidential nomination.

But we have heard this bizarre excuse before. Remember Climategate? Remember those thousands of leaked emails that showed the “scientists” at the East Anglia U. Climate Change Panel lying and cheating six ways from Sunday, so they could impose their will on us.

And then when it all came out, why, all the official political and nooze media indignation was directed not at the lying, cheating schlubs at East Anglia, but at the hackers! They’re to blame! They’re no better than thieves.

I dunno. They stole emails. The so-called scientists are trying to steal the whole  planet out from under us.

And so, even as the hackers wound up being the bad guys for exposing the “scientists” as scheming frauds, so the Democrats hope to spin this current scandal.

Think about it real, real hard, everybody. Do you really want these people running your country? Really?

So how does science get settled, these days? We are told that science is the absolute authority, the sole proprietor of Truth. But how is it decided what Truth is?

Why, that’s easy. Whoever holds the keys to the jailhouse holds the keys to Science. The way to win any scientific debate is by making threats of violence. And it goes way beyond “Shut up or I’ll punch ya in the nose!”

What, you don’t believe that? But a group of 20 prominent “climate scientists” have asked President *Batteries Not Included–a lawless man, if ever there was one–to have “deniers” prosecuted under RICO (Racketeer Influenced and Corrupt Organizations), a statute created to control organized crime ( http://dailycaller.com/2015/09/17/scientists-ask-obama-to-prosecute-global-warming-skeptics/ ).

See, not agreeing with them about Global Warming means you must be part of a criminal conspiracy, and you must be thrown in jail so that Big Government can get on with its mission to become even bigger, with government-approved “scientists” as its infallible advisers and oracles. If you question or disbelieve their claim that Man-Made Global Warming gonna burn up the world and we all gonna die, unless we give gigantic new powers to a government already grown colossal in its arrogance and its pretensions, you are an Enemy of the People. You are trying to stop our all-wise, all-powerful scientists and politicians from Saving the Planet.

You must be jailed.

That’s how science gets settled. In this lawless age, science must be lawless, too.