Howcom we Hasnt got No Munny???

This hear it “was” “a” Bad Weak heer at Collidge we was all “Out-Raijed” wen we fownd Out thay “are” goingto Raze Our Tuission lots of dollers!!!!! “It” Is a “goood” Thing i amb lettting themb Shoot “me” Up whith Moth Hoarmoans as a Signtiffic Axpearmint cawse if i didnt Then i wood Has to pay!!! But Evry Boddy Elss “thay” are reely Upset!!!

Sumb Boddy thay sayed it “is” becose Of “the” Corny Vyris-,-well i dont Beleave It!!!!!! i bet Anny Thing it “is” becose of Donold Trumpt he is Aunty-Syance!!!!

We neeed a Amergincy Meating “of” the Stoodint Soviet to deside wahtt To Do aboat This hear disasster!!!!!!!!!!

‘The Fantasy (Or Should I Say Hallucination) of Universal College’ (2012) 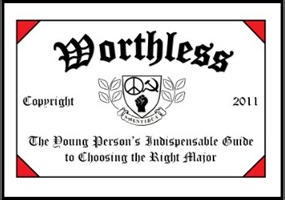 Do you believe it? Six years go by, we change presidents… and libs are still squawking for “free college” for everyone, courtesy of the defenseless taxpayer. It sounded then exactly as it sounds now.

Somehow burdening ourselves with several million more angry, ignorant, unemployable, bunco victims with useless degrees in Gender Studies, Beyonce Studies, and Oakum Picking is supposed to give our country “the world’s smartest work force” (translation: See that guy sweeping the floor? He has a master’s degree in Superhero Studies!) and make us “more competitive” with the other countries. What would we be competing for? A national bankruptcy award? 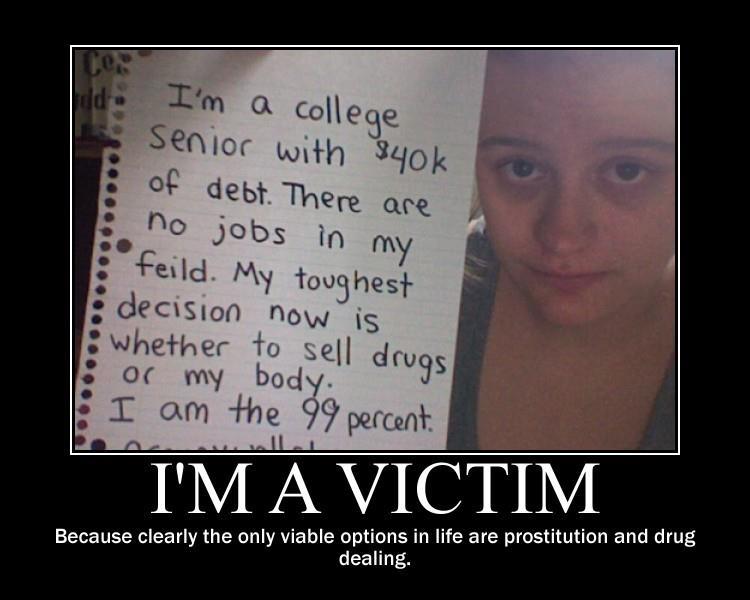 Already strangling in a webwork of high taxes, the people of my home state of New Jersey committed the ultimate folly of electing a Democrat as governor–Phil “Mr. Sanctuary” Murphy. They actually told man-on-the-street radio and TV interviewers that they hoped their new Democrat governor would lower their taxes.

That’d be hilarious if it weren’t so pathetic.

Murphy’s signature projects are the legalization of recreational marijuana and the transformation of our state into a mecca for illegal aliens. But he’s also floating a scheme, announced yesterday, to provide “free” tuition at our community colleges for, like, everybody (http://www.nj.com/politics/index.ssf/2018/04/murphy_free_community_college.html)!

First it’s gonna be just 15,000, er, “poor” people getting free tuition, at a cost of $50 million. Anyone who believes that’s all it will cost is crazy. Then they’ve gotta get some legislation passed–we can pray they find a roadblock there–and then the final tab will be $200 million for “free community college to all.”

Let’s see… It’ll be free, so thousands of people will be going because they have nothing else to do, who otherwise wouldn’t be going… and they’ll need more professors and teaching assistants, more cafeteria staff, more security officers and maintenance crew, more gender consultants, diversity counselors, and microaggression response teams, more boxcar-loads full of Play-Doh and coloring books… $200 million my ***. The cost will be in billions by the time they’re done.

But as Squanderer Phil says, “Education ought to be a right, not a privilege.” Oh, yeah–every warm body in New Jersey has a right to a degree in Social Justice Studies. I’m sure it must say so, somewhere in the Constitution.

I don’t think our people are going to get those tax cuts they were hoping for. Do you?

Your tax dollars at work!

If you live in New York state and have been wondering how you would ever get that Gender Studies degree that you wanted to much, but couldn’t afford, wonder no more!

Because collidge is, as Gov. Andrew Cuomo says, the new high school, and literally everybody’s gotta go to collidge, the state has ponied up $163 million in tax monies to provide free tuition at any state-run four-year university or two-year community collidge–if your family does not earn more than $125,000 a year ( http://www.csmonitor.com/EqualEd/2017/0410/A-first-New-York-will-offer-free-tuition-at-all-four-year-state-colleges-for-qualifying-families ).

Did I say “free”? What I meant was that other people have to pay for it. The state sucks it out of people’s paychecks, that they worked for, in taxes. I mention it because many people don’t understand that the government has no money of its own. It only has what it can take from the people.

Another thing that a lot of people, including Gov. Cuomo, don’t understand is that value is closely tied to scarcity: the law of supply and demand.

What does he suppose a college degree will be worth, if literally everybody has one? And what happens when employers look at some 30-year-old recent grad’s degree in Comic Book Interpretation and say to him, gently but firmly, “Go away”?

I suppose it just might make some small amount of sense if, say, a state had a crying need for engineers, so it offered a financial incentive to students who earned a degree in engineering. But this is not what is being proposed. They are talking about degrees in bloody anything.

All this does is cram multitudes of young people into an already bloated and over-funded university system, where they provide the Democrat Party with an army of chumps available on short notice to protest whatever they are told to protest.

The only upside to this, in the long term, is that anybody in New York state with the foresight to become a plumber or an electrician will be able to write his own ticket in golden letters.

Ha, ha, that stopid guy went out to rid his bike, so i got his blogg.

My prefesser he gave a grate lexture yestreday abuot how grate everthing wil be wen the hole world is run by interllecturals like us and they is only one goverrmint and it is al progresive!

Nobody wont have to do no work exept maybbe christins if there is any of thim left, their wont be many becose then everboddy will kno there is no God. My prefesser he sayed we has to set all them ordrinary dum peple free from there stopid religgus beleafs. Then there wont be no work anyboddy got to do exept unless yiu goin to rite musicle sympathies or paint grate works of art or rite poitry.

Som idjit he asked How yuo gonna pay for all this without nobody workin? and so we beet him up. But my prefesser he ansored anyhow, he sayed Thats “easy we jist make The Rich pay for it all!

And aslo we got to Save the Planet, so ther wont be no more cars and no more Air conditoning for ordrinary peple they dont nede it anyway, just for us interllecturals becuse we got to kepe our Branes cool and comfritable.

Ther wont be no God and ther wont be no work and thar wont be no cars and no Air conditon, but supprise, hear’s the good news!!! ther wil be Free Collidge for All! No tution, just go! It be freee for everboddy but them christins becose they arent no good for nothin; And this wil be yuor chanst to get yur owne degre in Gender Studies jist like im getting.

Rembember to vote for Hillery, she wil get this all started up!!

6 Comments   |  tags: an economy with no one working, college as a waste of time and money, foolish intellectuals, free college, gender studies, hillary for president, saving the planet, the rich will pay for everything | posted in Just for Fun