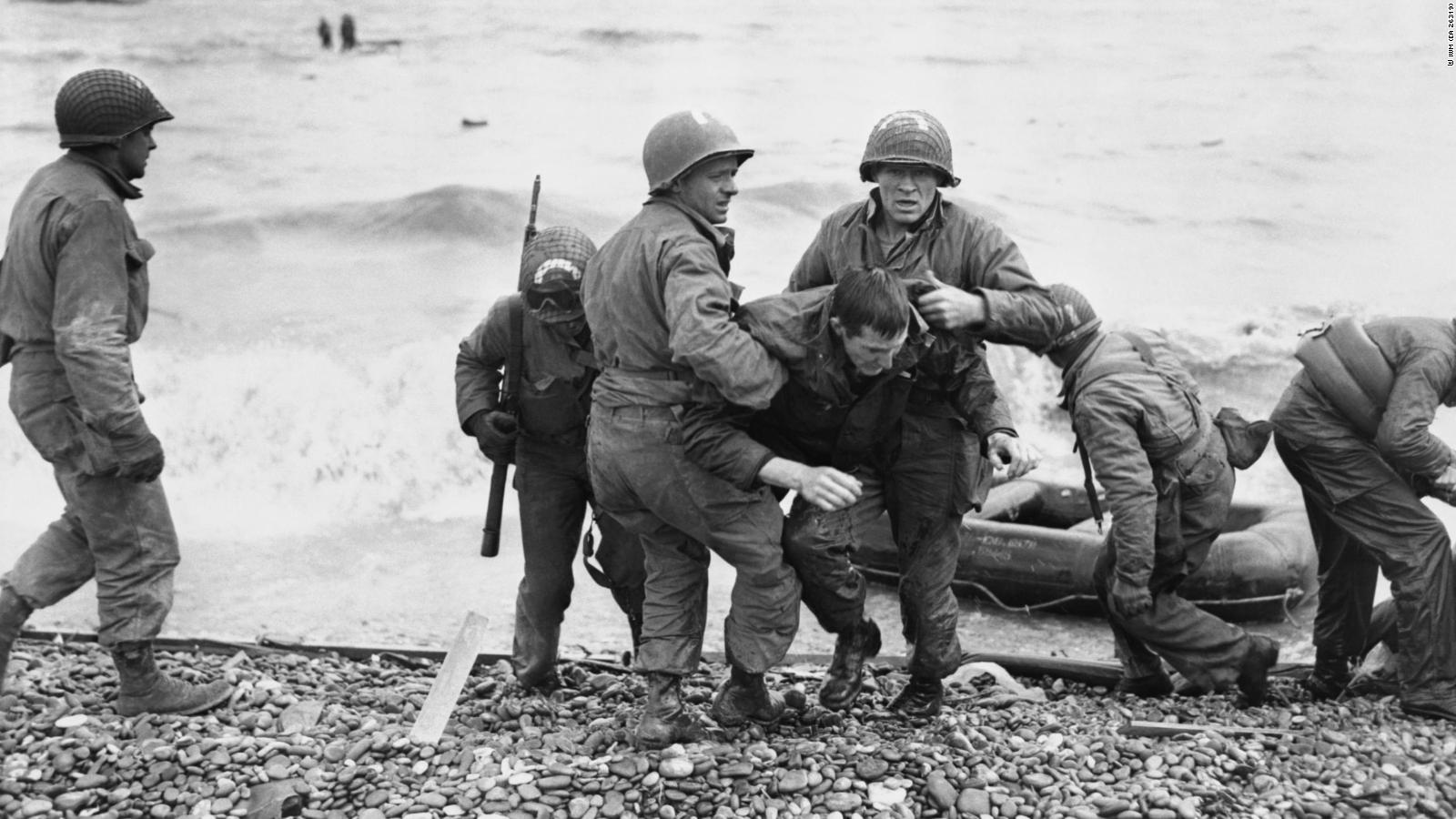 Seventy-eight years ago today, Allied soldiers stormed the beaches of Normandy in D-Day–beginning the liberation of Western Europe from the Third Reich. At high cost.

Today Diversity Czar Gottno Braynze has called for moving D-Day to July or August. “Because really,” he said, “June is Pride Month and that takes precedence over everything! Come on now–surely those men fought that war to make the world safe for Drag Queen Story Hour!”

The Regime may need to move D-Day back a little farther than that, Braynze said, “because American democracy, well, requires that Gays and Transgenders each get their own month. And it requires widespread celebration, no opting-out allowed!”

To ensure true diversity, he added, “anyone who mentions D-Day today will be packed off to prison.” They said it; and they meant it.

If you believe American liberals love their country, you’ll believe anything.

You don’t impose radical changes on whatever it is you love.

At this very point in our history, it needs to be shouted from the housetops that our own home-grown Left is trying to do to us what Hitler and Tojo couldn’t do with all their armies and navies–and for the same reason.

We are in a fight to the death for our country and our way of life, and I don’t mean maybe.

Yesterday was D-Day, in case you hadn’t noticed.

God grant we didn’t wage that war in vain.

Male masculinity is a big promble because it’s tied to “masculine ideologies,” whatever they are. “Scholars” say so. And interllecturals at collidge. It’s such a terrible problem that Princeton University, this summer, was looking to hire a certified clinician as a “men’s engagement manager” because apparently male or masculine behavior is a medical or psychological affliction.

Why worry? Aren’t our education establishment, Hollywood, activists of every description, and the nooze media doing absolutely everything they can to weed out every kind of masculinity? If any can still be found, it won’t be for want of trying on their part.

Except, of course, that portion of really aggressive macho man crap that will always be reserved for king-sized Democrat donors, Hollywood big shots who haven’t been publicly exposed, and musclebound idiot football players who act like caricatures of lesbians but are useful when it comes to keeping the peasants entertained: someone has to provide the bread and circuses. Those few will still be allowed the luxury of behaving like male impersonators. All the rest of us XY-chromosome types will be expected to–I don’t know: act like girls?

I wonder how many men had to die on the beach on D-Day for the Real Smart People of today to prattle about the dangers of male masculinity? 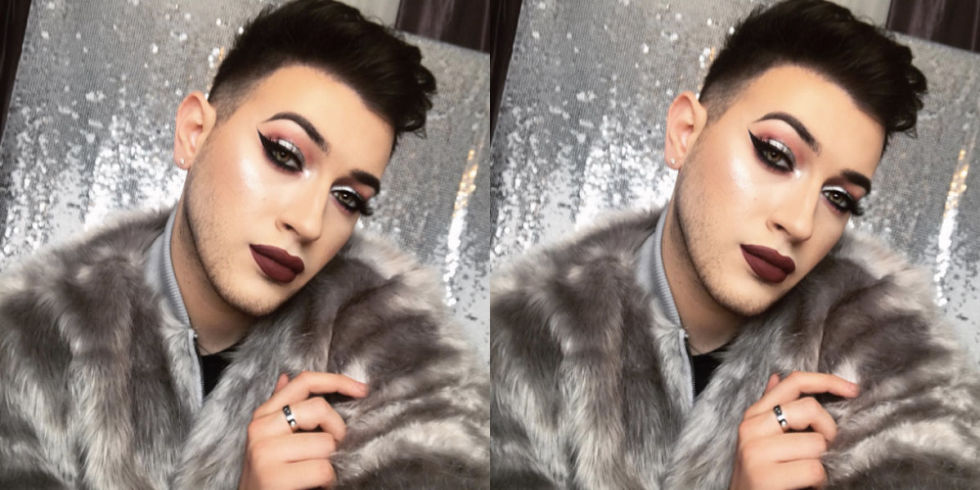 So the sages and feminists at our Great Institutes of Higher Learning are worried about “hyper masculinity,” and how to weed it out of our culture.

Well, first they’ll have to find some.

If you can stand it, take a good look at the picture above. This is “the first male Maybelline New York spokesperson,” and “one of our favorite beauty boys.” ( http://www.allure.com/story/manny-gutierrez-first-male-maybelline-new-york-spokesperson )

Hey, hit the beach on D-Day with a brigade of these guys. Maybe the Germans would laugh themselves to death.

Can you imagine this… man’s… mother? “Yessir, that’s my boy! Ain’t he the berries? If you’re worried about too much masculinity, just talk to my son the Maybelline man–if he can’t tell you how to get rid of masculinity, nobody can!”

We have a very, very deep pit to climb out of. I doubt we can make it on our own: we’ve gone too far.

Nevertheless, repentance can do great things; and it may be that the Lord will save us, if we ask Him… on our knees, with tears and supplications.

Seventy-two years ago today, June 6, 1944, Allied forces stormed the German-held beaches of Normandy to free Western Europe from the Nazis.

It was a great sacrifice–and look what we’ve got to show for it.

In Alaska, a boy competed in a state track meet for girls. He has also played on his high school’s girls’ volleyball and basketball teams ( http://www.theblaze.com/stories/2016/06/05/hs-track-athlete-was-born-male-but-identifies-as-female-and-took-home-3rd-place-in-the-girls-200-meter-dash-at-state-championships/ ). The noozies exulted in a headline: “HS track athlete was born male…”

Uh-huh. Only thing is, he still is a male. Every single one of his chromosomes, millions of them, is a male chromosome. And always will be.

“Yeah, but, yeah but–he identifies as female!” Oh, well–and that actually makes him one, does it? There are also people who identify as raccoons, flashlights, or Napoleon Bonaparte.

Hit them beaches, boys! We’re risking death so your grandsons can call themselves your granddaughters! And everybody else will have to say it’s so, or else get harassed for being biggits.

Let’s just pray we’re not called upon to fight another D-Day soon.

Hey, those guys from Al Jazeera were right! Obama really is crazy–and so is everyone that works for him.

Under our–ahem!–president, the Pentagon has ordered commanders to “prioritize climate change” in all military operations of any kind ( http://www.washingtontimes.com/news/2016/feb/7/pentagon-orders-commanders-to-prioritize-climate-c/ ). The order requires commanders to “incorporate Climate Change impacts into plans and operations,” which is supposed to empower the U.S. military to “beat back the threat” of Global Warming/Climate Change.

What does any of this mean?

Why does it leave me with an image of a headline, “June 6, 2016: D-Day! Today, after 72 years of calculating the invasion of Europe’s impact on Climate Change, General Dwight D. Eisenhower ordered the operation to proceed–which it surely would have done, if he and almost all his men hadn’t already died of old age some years ago”? Sorry, Europe, but it just takes so blamed long to figure out all the angles of this Global Warming stuff…

Bunker Hill, 2016: “Don’t fire until you can see the whites of their eyes! And not until after you’ve worked out all the Climate Change impacts of each bullet fired…”

Is our nation really expected to survive such… leadership? I see defensive positions being overrun and the men hacked to pieces while some overburdened second lieutenant tries to figure out what his orders mean. “Do we fight or do we run away? Shoot or not shoot? Man, I don’t wanna get court-martialed because I didn’t prioritize the Climate Change!”

Inertia will keep us alive a little longer. But you  can’t be crazy forever. Sooner or later it’ll catch up with you. And it’s gonna be a bad day when it does.