They can’t catch real criminals, but they’re death on “haters”

What is wrong with the people of Britain? Why do they submit to this?

British police forces have launched an “anti-hate” campaign in which they urge “minorities”–apparently only “minorities” can be hated–to “report hateful behavior,” “even if it isn’t a crime” and, of course, “you don’t even need evidence” (https://www.breitbart.com/europe/2019/10/20/uk-police-tell-public-report-hateful-behaviour-even-if-it-isnt-a-crime-you-dont-even-need-evidence/). Evidence, schmevidence. As we learned in the Brett Kavanagh confirmation hearings, for the Far Left Crazy, the accusation is the evidence.

In the instructional cartoons bandied about by the police, all the “haters” are white and all the poor downtrodden victims are Muslims or sexual deviants. Is that because it’s not possible to “hate” white people, because we all deserve it? The cartoons depict white people violently attacking women in hijabs, etc., while ignoring violent attacks on whites by members of privileged and cherished minorities.

Britain, your own ruling class, your masters, are doing to you what Hitler couldn’t do with all the bombs he dropped on London. And you’re just sitting there and taking it. What’s the matter with you?

Of course, the same thing could happen here tomorrow or this afternoon. But then maybe it’d be a good thing if we could have the police launched at us and our lives destroyed without the slightest shred of evidence. We’re all Brett Kavanaghs–the accusation is the evidence. 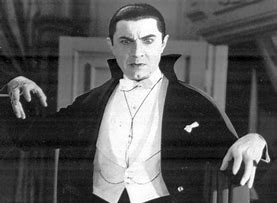 Don’t be too surprised if Canada gets overrun with vampires someday. But isn’t a plague of vampires a small price to pay for engineering “hate” out of the system? I mean, if they can’t order people’s emotions, what’s the point of anybody being in the government?

In the 19th century, the word “czar” was synonymous with “tyrant.” Today it’s just another goon set up by the central government.

So now Britain’s going to have an “Internet safety czar” to scrub away what’s left of freedom in that unfortunate nation.

We learn in Romans 13 that God ordained the civil government to keep the peace, to protect us from those who would do us harm, and to capture and punish, and restrain, evildoers. A government that does those things deserves our support, even if it’s not a Christian government.

Funny, though, isn’t it? Those who complain the loudest about God’s laws–against fornication, mostly–are always the first in line when it comes to cutting off other people’s freedoms.

For the Left’s definition of “freedom,” see North Korea.

But in Britain they don’t have a First Amendment…

Well, the UK is preparing to anoint an “internet czar” to rein in the social media, promote “internet safety,” whatever that is, and prevent “online harms,” whatever they are (https://www.cnet.com/news/uk-to-keep-social-networks-in-check-with-internet-safety-regulator/).

Yessir, they’re gonna set up a “regulator” who will have the power to shut down any sites on the internet where they find any of the following: 1) inciting violence and spreading violent content; 2) encouraging self-harm or suicide (Are you listening, Netflix?); 3) spread of “disinformation and fake news,” whatever that may be; 4)cyber-bullying; 5) children accessing “inappropriate material” (eye-of-the-beholder alert); and 6) child exploitation and abuse content.

To some, “violence” is defined as any failure to agree with their Far Left delusions. To governments, and especially to Democrats, “fake news” is anything they don’t want you to know about, or anything that makes them look bad: but if it’s aimed at Donald Trump, no problem. As for “inappropriate material,” grade school libraries are full of fornication-celebrating “young readers” books.

Do you trust politicians to decide what you can or can’t say on the Internet?

I’d love to hear Brett Kavanaugh’s take on some of this.

It’s so much more scientific to control people rather than letting them run free. C’mon–free-range human beings? Can’t be allowed!

For sure, Britain is farther down this road than we are. But Democrats drool with envy when they see some of the speech-restricting laws that Britain’s got. Oh! Wouldn’t it be just so gratifying, to force people to say things they know are total lies, and throw them into prison if they won’t!

Why do police enforce those laws? Beats me. You’d think they’d be ashamed.

Follow the adventures of Chief Superintendent Wally Bilge as he tries to bring Station House 404 to the cutting edge of contemporary law enforcement!

In the pilot episode, Murder, Schmurder!, Bilge has to pry his detectives away from another stupid murder investigation so they can investigate a 9-year-old boy who called another boy “gay” on the school playground. Meanwhile, four uniformed officers investigate a day care center where, allegedly, a 2-year-old balked at eating spicy foreign food with live crickets in it, thereby raising suspicions that the child might be a racist! And he has to twist veteran Chief Inspector Chumley’s arm to get him to hunt down a man who put a decal of an English flag on his car–“You’ll find the nasty little oyk hates immigrants!” predicts the superintendent.

Hate Squad! specializes in stories “torn from the headlines.” As Chief Wally Bilge so often says, “We can’t prevent murders, robberies, or terrorist incidents. We can’t even bloody solve most of ’em. But one thing we can do is go full-throttle after hate! No one should ever be allowed to say, publish, or think anything–and I do mean anything!–that’s any less than 100% affirming and welcoming.”

I can hardly wait to see Episode 2, We’re Gonna Need a Bigger Jail.

“I want to be a police officer when I grow up, so I can lock people up for misgendering…”

British police are “investigating” a Catholic journalist for the ridiculous pseudo-crime of “misgendering” a 25-year-old man who says he’s now a woman (https://www.dailysignal.com/2019/03/19/police-question-uk-journalist-for-misgendering-a-transgender-woman/). They’ll arrest her, they say, unless she shows up at the cop shop for “a taped interview.”

Meanwhile, now that the news has come out, her whole family has been threatened and harassed by jidrools who’ve drunk the “transgender” Kool-Aid.

In its campaign to wipe out free speech, and truth, the UK now has a “Malicious Communications Act” which forbids you to say anything but nice things about anyone but Christians. You can get two years in prison for referring to a man as a man if he’s saying he’s a woman.

And I’m my own grandpa.

Hey, how come we never see cases like this on British cop shows? Busting those enemies of the people who call a man a man. Why are they so focused on solving murders?

Uh, because if you made a case like this the subject of a drama, the audience would mistake it for a comedy?

Shame on Britain. Shame on the British cops for slavishly enforcing this absurd “law” that is an affront to sanity.

And if we don’t watch out, Democrats will be passing such laws for us. They can’t wait to do the same. Why do I keep thinking of St. Gildas’ phrase, “running on all fours into Hell”?

So Switzerland’s Parliament has outlawed “homophobia” and “transphobia”–without clearly defining what those things are–and you can get three years in prison (!) for committing these… crimes (http://www.papermag.com/switzerland-transphobia-hate-speech-laws-2609791592.html).

The upper house still has to vote on it, but it seems a foregone conclusion that they’ll all hop aboard the bandwagon.

The new, ahem, “law” is aimed at “verbal and physical homophobic violence.” “Verbal”? As in anything that any homosexual objects to? In Canada and elsewhere in the defenseless Western world, that’s been the experience–just about anything you say can land you in the soup. Like, perhaps, quoting the Bible, “Male and female created He them” (Genesis 1:27)–wouldn’t that be some kind of “transphobic verbal violence”? Have they just struck down religious freedom in Switzerland?

The next project, we are told, is to hurry up and impose “gay marriage” on the country.

O Lord our God, I don’t know why these things are being done–and done so energetically, at that. What is the great boon that these people think they are bestowing on the human race?

Father, remember that these things are done without our consent, against our will, and over our objections. We are trying to oppose them, but we can do nothing without you. Equip us to do thy will, O Lord: to know it, and to do it: that the evils of this evil age might pass away. In Jesus’ name, Amen. 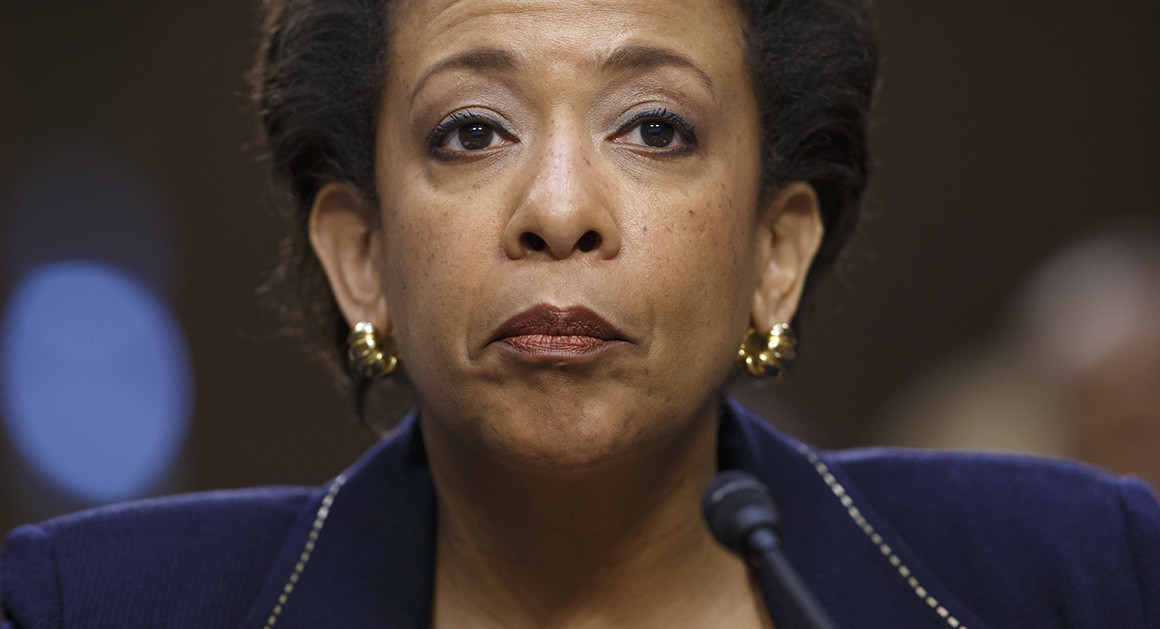 Here’s another reminder of the big fat bullet we dodged on Election Day 2016.

Lest we forget: the criminalization of “Climate Change Denial” was a plank in the Democrat platform. And at our colleges and looniversities where speech codes and intimidation reign supreme, 90% (or more!) of faculty and staff are Democrats.

With Canada and several European countries doubling down on “hate speech” laws, it still seems to be virtually impossible to be charged with hate speech of an anti-Christian character. But then if they did, half the TV shows in Britain would have to cease production.