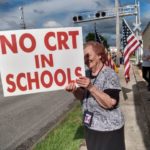 The Maryland State Education Assn. (MSEA), a state teachers’ union that’s part of the National Education Assn. and has 75,000 members, has offered grants of $1,000 each to teachers who continue to teach “Critical Race Theory”–the doctrine that all white people are born racists and all non-whites born victims (https://www.realclearpolicy.com/articles/2022/10/11/race-baiting_crt_still_high_on_teachers_unions_to-do_list_858228.html).

But because almost everybody in America detests CRT, they’re giving it new names. “Restorative justice” heads the list. And then there’s the Biden administration’s $468 million “community schools” program, chock-full of euphemisms for Far Left race-baiting.

Many teachers have left the union rather than engage in campaigns to foment racial animosity; and parents have staged protests, too, despite the Biden Justice Dept. branding them “domestic terrorists” and ordering the FBI to spy on local school board meetings.

Teachers’ unions are solidly locked in to CRT and rather than give it up, they simply invent new names for it. Obviously they think the American people are way too stupid to see through that.

They’re not going to stop. They’re not going to change. And so we are forced to say again: the only meaningful way to oppose this is for parents to remove their children from the public schools and wrest them out of the hands of the teachers’ unions. There is no reason to believe that anything else will work.

We won’t be able to save our country if we don’t do this. 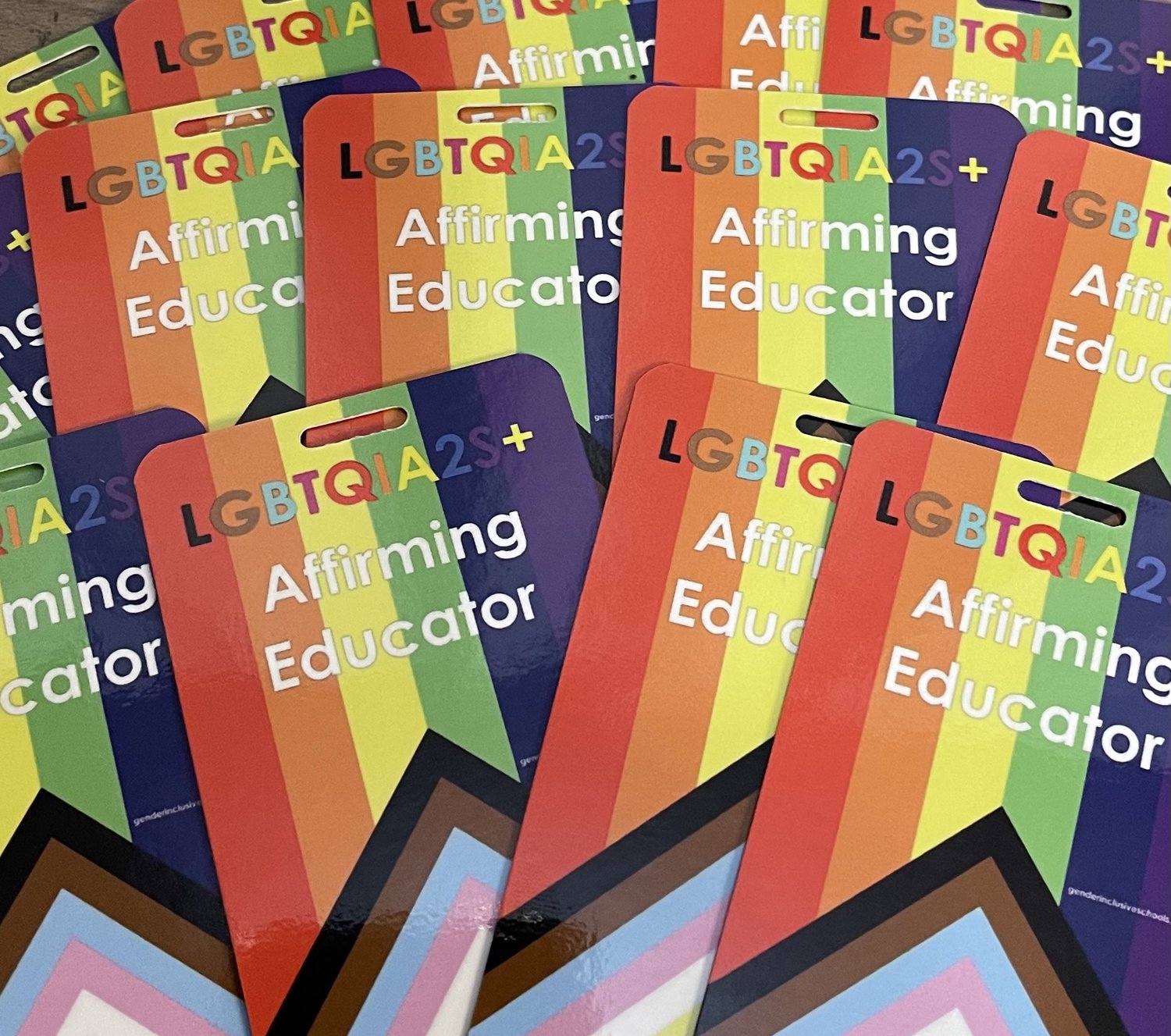 Yowsah, yowsah! Make sure your child’s “teacher” wears an “Affirming Educator” Badge… which “sends the message to your [the teacher’s] school community that you are a total moral imbecile–oops: that should read ‘trusted educator and ally’.” And hey! Isn’t that the Gay Pride/Trans Pride flag?

They’re not mandatory yet (!), so teachers have to buy ’em, at $5.40 to $9.00 each. Affirm every sexual aberration you can think of! And probably some you haven’t thought of yet.

Aw, hell, they don’t really have to be mandatory, do they? The teachers who wear ’em will make life intolerable for those who don’t. Remember! It isn’t bullying or harrassment when Social Justice warriors do it!

So… do you jump into this tar pit with the teachers’ unions? Or just toss your children to them? Any which way you choose, you’re still paying for these schools–teacher pensions and all.

Has our whole civilization gone positively senile? Is there any hope for us to snap out of this insanity? 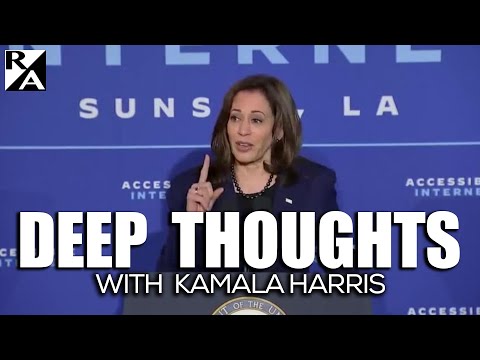 In case you couldn’t define ‘sarcasm’…

You can fight a foreign foe. (Well, you can try: it gets kind of difficult when your generals are paralyzed by fear of Climbit Change). But how do you fight home-grown stupidity? How does a country survive an education system that generates battalions of dopes like Kamala Harris?

We are in deep, deep trouble. Our public schools and universities make people stupid. We might not have enough homeschooled young people to carry us over the time it takes to get rid of our current education system and replace it.

Because you ain’t fixin’ it, people. It’s too far gone for that.

If you don’t think so, listen to Kamala. 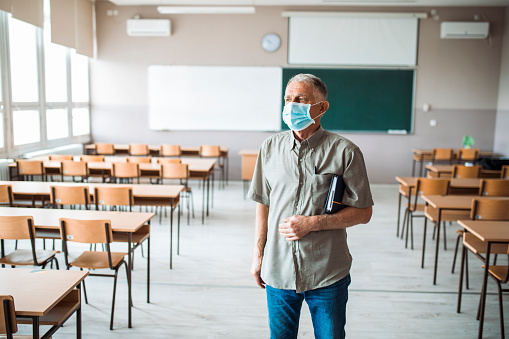 It’s so hard to teach Critical Race Theory to an empty classroom!

When people stubbornly refuse to believe self-evident truths–as plain as the nose on your face–trying to convince them can be frustrating. It could drive you mad.

For years without end, critics of public education ran into the brick wall of sheer disbelief. I think it was purposeful. People didn’t want to believe. Because then they would’ve had to do something about it… and no one knew what.

But then along came King COVID and shut down the schools, and kids had to be “taught” remotely, via computer. For the first time ever, parents actually saw and heard what their kids were being taught–down with America, white people are evil, communism is good, get sexually involved as soon as you possibly can, etc., etc.

So now they had to believe; and so far the result is four times as many homeschooling families this year as there have ever been in any year.

To save our republic, we have to empty out the public schools. Unless we do that, nothing else we do will make any difference.

The public ain’t buyin’ it, sunshine!

What’s wrong with this argument.

*”We most certainly do not teach Critical Race Theory in our schools! Look, it’s not even on our website!” (https://redstate.com/streiff/2021/07/06/national-education-association-suddenly-deletes-critical-race-theory-documents-from-its-website-proving-crt-is-not-taught-in-our-schools-n407469

*”Please contribute more money to our fund to defend CRT and teachers who teach it–we’ve only raised $12.5 million so far!” (https://redstate.com/jeffc/2021/07/06/teachers-union-president-threatens-legal-action-against-anti-critical-race-theory-laws-n407415)

Yeah, uh-huh. Suddenly all mention of CRT disappears from the National Education Assn. website… and Randi Weingarten (American Federation of Teachers)  is piling up money to defend something that isn’t being taught.

The great thing about CRT is that virtually everybody hates it! White people don’t like being “taught” that they’re evil. Black people don’t like being cast as helpless, incompetent pawns. Hating CRT is something that just about all Americans can agree on. Except for dyed-in-the-wool stone-headed liberals. And teachers’ unions.

Go ahead, leftids–keep defending CRT and see where it gets you. You say you’re The Smartest People In The World. Bring it on!