Tag Archives: save the planet

The Arrogance of Ignorance 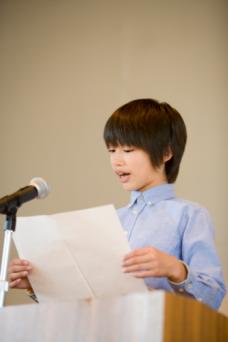 Hey, boys ‘n’ girls! Oops, sorry–shoulda said “purple penguins,” ’cause there’s like 50 different genders. Anyway–wanna *Save The Planet*? Of course you do!

The perky publicist has invited me to review a book by a sage, all of 17 years old, on how to  “stop catastrophic damages to the place we all call home.” How to “stop” it, eh? Ya mean, like hitting the “off” switch?

I wonder if we can guess where this precious little tyke is coming from. Hmm… Here’s a chapter called “Bye, Bye Big Business.” It’s about how “major corporations” stop Climbit Change legislation and “how young people can prevent this from happening.” Doubtless by electing Far Left Crazy Democrats and enacting the Green New Deal… just as soon as the Constitution is repealed.

I hope it goes without saying that I don’t mean for this to be insulting to teenagers in general. I really like their company, they’re good for me. I love it that a few teens have joined this blog, and I hope more will follow.

But having been a 17-year-old myself, I think I can state with perfect confidence that it would have been the height of folly to take me, at that age, for any kind of public policy adviser. So easy to be taken for a ride by one’s college professors, et al. And when adults praise you, it goes right to your head. Just tell us we’re really smart, and we’ll eat out of your hand. Been there, done that.

I’m not going to give this kid’s name, in hopes that he’ll grow out of this, nor the title of the book, because I don’t want anyone to blame me if they buy it.

All you need to know about “Climate Science” is that Far Left Crazy sees it as their ticket to a global government.

Let’s face it, the wannabe rulers of the world will never give up Global Warming. You can justify anything, no matter how costly, how violent, how oppressive, how crass, if it’s done to Save The Planet.

See? Global Warming causes all our problems? Or was that, uh, heterosexual white males? No, it was Income Inequality! Or hate speech. It’s gotta be somethin’…

Warning: the following is truly disgusting, especially if you click to the news story for the details. I’m posting it to show just how far in the wrong direction pure secularism can take you.

Read at your own risk.

World-saver wannabes are always advising us ordrinary dum peple to eat stuff that would normally disgust us.

Well, the latest example of this is “a team of chefs”–chefs? you gotta be kidding–“and scientists”–there’s always a scientist involved–belonging to an outfit called the Nordic Food Lab, in Denmark: and, to Save The Planet–somehow they always have it Saving The Planet–they recommend we eat… “insects, blood, and feces” (http://www.independent.co.uk/life-style/food-and-drink/the-nordic-food-lab-wants-you-to-eat-blood-insects-and-brains-to-save-the-world-a7446876.html ). This they call “a holistic approach to eating.” What would you call it?

It brings to mind persons whom Paul called “enemies of the cross of Christ, whose end is destruction, whose God is their belly, and whose glory is in their shame” (Philippians 3:19). I think he hit that nail right on the head.

Well, we’re waiting for the Davos crowd to sit down to a fancy dinner of insects and blood and assorted kinds of poo. Let’s see them lead by example.

(Published by the Democrat National Committee, 2016)

Kurby the Clam is tired of dead polar bears floating around his nice, clean ocean. Then his friend Fopsy the Transgender Whale tells him about some incredibly wise people who know how to put a stop to Global Warming. So Kurby hops onto his environmentally safe, rubber band-powered jet ski and goes zooming off to help stop Climate Change.

This new children’s book aims to educate kiddies to the absolute, otherwise-we’re-all-gonna-die necessity of giving government all the money and all the power it needs to control the environment and Save the Planet. Ms. Dreamcatcher is never bashful about praising Climate Change stalwarts like Michael Mann (“the best and wisest man now living”), John Kerry (“the greatest war hero since William the Conqueror”), and Barack Hussein Obama (“He made the sea levels go down!”).

She also makes irrefutable points in favor of Smart Growth and getting rid of air conditioners and refrigerators owned by the common people. As Kurby sagely observes, “Sometimes it’s necessary for deplorable people to give up their luxuries so that really cool and smart people can continue to enjoy them.”

To make the book easier for adults to read aloud to children, the publishers have included a supply of barf bags and a rope with which to tie the child to a chair.

Available at your local United Nations bookstore for a mere $359.95.

Pope: ‘The People Are Sovereign’

Anybody can be wrong, but nobody has to be a hypocrite.

Pope Francis I, asked which American presidential candidate he favored, dodged all around the issue. Well, he had to, didn’t he? He can’t endorse Hillary Clinton without endorsing abortion; and, as he would like to see America’s national borders erased, he won’t support Donald Trump. So he bobbed and weaved and finally came up with this:

“The [American] people are sovereign.” ( https://www.yahoo.com/news/study-pray-vote-pope-tells-americans-ahead-elections-221531538.html )

Aside from the fact that only God is sovereign–and only God is infallible, for that matter; but we don’t want to rub it in–here we have the Pope glibly saying a thing he doesn’t believe for one cotton-pickin’ minute.

If “the people are sovereign,” how come we’re not allowed to enforce our nation’s borders?

If “the people are sovereign,” how come the Pope chimes in with the Climate Change crowd to wipe out our freedoms ’cause it’s gotta be done to Save the Planet?

If “the people are sovereign,” how come our immigration laws don’t matter?

If “the people are sovereign,” how come any little bunch of judges can order massive changes in our lives and there’s nothing we can do about it?

Pope Francis I is one of the world’s biggest offenders when it comes to trying to set up all-powerful bureaucracies to take control of every detail of our lives.

In trying to weasel out of one embarrassing question, he only stumbled face-first into another.

Save the Planet by Laundering Your Toilet Paper

The Obama administration has granted $750 billion (that’s billion with a b) to a company that is developing a way to wash toilet paper so that it can be used again.

“There’s no such thing as too high a price when you’re fighting Climate Change,” said White House spokesman Slick Gullimoffin. “Anyhow, it won’t cost you a cent unless you’re white.” The project, he explained, will be paid for by a new White Privilege tax of 70% on all income.

“We are tremendously excited by the early trials of this product,” said U.S. Dept. of Energy Secretary Humbold Screwtape. “Heretofore, laundering your toilet paper has always been a difficult proposition. I mean, like, it would always fall apart when it got wet!

“But now, thanks to a new process developed by The Clinton Foundation, you can actually hand-wash your toilet paper in the kitchen sink, and it only takes about 20 minutes per sheet.”

Secretary of Housing and Urban Development Jezebel Shagrat pointed to an added benefit. “Once we move all the common people into Agenda 21 housing, you won’t have closet space for a lot of rolls of toilet paper. But for just a couple of hours’ labor a day, you can have all the toilet paper you need.”

Asked precisely how washing toilet paper was going to Save the Planet, Mr. Gullimoffin ruled that such a question was disrespectful to the office of the president and had White House guards take the questioner outside and shoot him.

Yes, you read the headline right: a feminist writing for The Washington Post has declared air conditioning “another big, sexist plot” ( http://dailycaller.com/2015/07/25/air-conditioning-is-a-big-sexist-plot-washington-post-investigation-reveals/ ). Indeed, she says, air conditioning is “the Manspreading of Summer ’15.”

Can we have some feminist music to go with that?

Just lately there have been signs that assorted libs ‘n’ progs wish to Save the Planet by taking away your air conditioning. The common people will just have to learn to do without it. If the heat really is too much for them, they can always go to their friendly communal Cooling Center and sleep on a cot.

Liberals get a sexual charge out of stuff like this.

No one but a madman would expect that doing without AC would apply to any but the common herd. Our Beloved Rulers would still enjoy their enormous mansions with central air conditioning, private jets, air-conditioned limos, and cocktails at Davos under the majestic Alps. It’s the least we can do to reward them for Saving the Planet.

Had enough yet, folks?

So instead of Major Adams leading the wagon train, we’ll have Sister Twonda, a street-smart African-American nun, and her wife, Spike, 450 pounds of towering female fury. Instead of Flint McCullough as the scout, we’ll have a “gay” character named Zooey (“Oh, the Native American braves are just so fabulously brave!”), and Charlie the Cook will be replaced by Imam Khalil, who will make sure everybody on the wagon train eats a proper Muslim diet, or else.

Out of respect for animal rights, the wagons won’t be drawn by horses, mules, or oxen anymore, but only by heterosexual white men. To Save the Planet, the train won’t actually go anywhere. It’ll just go around and around in a circle. The passengers will all be undocumented Mexican immigrants living on checks from the government. And each episode will begin and end with a sermon against the evils of heteronormativity. [Gee, look at that–my computer’s spell-check doesn’t recognize any such word as “heteronormativity.” Obviously it has never been to collidge.]

“A lot of those old classic shows were very good,” says Fidget, “as opposed to most of the shows we produce today, which are crap. All those old shows need, to be popular again today, is drastic modification which will make them grotesque parodies of themselves. And that should be easy!”

“All aspects of modern life must be scrutinized to save the planet,” according to the power-hungry psychotics who recently met in Canada for a “great big group hug”–as Ontario’s “environment minister” described it–and a “climate change conference” aimed at stopping Global Warming ( http://www.latimes.com/local/political/la-me-pc-jerry-brown-speech-toronto-climate-change-20150708-story.html ).

And guess who’ll be doing the scrutinizing.

California’s madcap Gov. Jerry Brown stole the show, describing all skepticism about Global Warming as the pastime of “troglodytes,” a two-dollar word for “cavemen.” He also said we have to “redesign” our cities, our homes, our cars, our electrical generation and just about everything else.

And guess who’ll be doing the redesigning.

Is it still a conspiracy when it’s being done right out in the open where everyone can see it? Like here they are, invoking the deadly but imaginary crisis of Global Warming to give them the right to get their grubby little hands on everything–yes, everything–so that government has the final word in every little nuance of our lives. And instead of rising up against them and rendering them powerless to hurt us anymore, we just… well, sit around.

Want to redefine marriage? Yeah, sure, okay. Want to redesign our cities, take away the houses that we worked for, and cram us into tiny government rat-holes? Hey, go for it. So what if we freeze our kiesters off while we listen to you yammer on about Global Warming? If you’re Saving the Planet, anything goes.

And the beauty of it is, favored folks like Jerry Brown and the Environment Minister of Ontario won’t be in the least bit inconvenienced by all this redesigning. They’ll still have their private jets and mansions. After all, you don’t expect the Rulers to live like peasants. No itty-bitty clown cars, no bicycles, for them!

What do they have to do, before they really cheese you off?